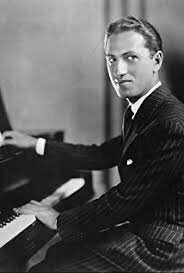 From Bach onward, the idea of a cycle of preludes has intrigued composer. George Gershwin (1898-1937) took up the task of writing an intended 24, only completed 6 and only published 3.

The works are, as we might expect, heavily jazz influenced: syncopated rhythms, flattened sevenths, blues motifs, and the major/minor duality in the harmonies all have a place here.

The first prelude opens with a distinctive five-note motif that expands to become the theme for the prelude. Its definite jazz feel makes it distinctly Gershwin.

Gershwin: 3 Preludes: No. 1 in B-Flat Major: Allegro ben ritmato e deciso (Oscar Levant, piano)
This was also arranged by Jascha Heifetz and he took definite liberties with the piece, which had the effect of freeing it even more from its classical roots.

Gershwin: 3 Preludes (arr. J. Heifetz for violin and piano): No. 1 in B-Flat Major: Allegro ben ritmato e deciso (Jascha Heifetz, violin; Brooks Smith, piano)
The second prelude starts with a solid bass line below and a melancholic melody above. This is where Gershwin exploits the major / minor duality of a blue’s scale and we’re torn between both the cautious optimism and pessimism of the genre. At the end, the opening melody returns, but isn’t comforting.

Gershwin: 3 Preludes: No. 2 in C-Sharp Minor: Andante con moto e poco rubato (Oscar Levant, piano)
The last prelude starts with dual melodies – almost as a question and answer. It’s a combination of an older jazz style with the precise melodies that Gershwin created so well. A syncopated middle section is followed by a return of the first melodies. 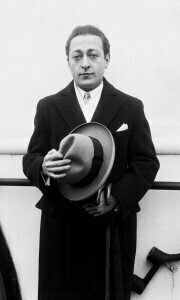 In his version, Heifetz, not only makes the piano more syncopated at the opening, but also swings the violin melody.

Both Oscar Levant and Jascha Heifetz were close friends of Gershwin’s and while we look to Levant to give us the authoritative piano versions, we are wonderfully surprised by Heifetz’ lively transcriptions. Heifetz had been hoping for a violin concerto from Gershwin, but the composer’s early death made this impossible. As a replacement, Heifetz arranged the Three Preludes, and, in giving them a life in his repertoire, also added his own touches to them, such as new countermelodies.

Following Heifetz’ lead, other arrangements have been made, such as for clarinet and piano:

Gershwin: 3 Preludes (arr. G. Stone for orchestra) (Boston Pops Orchestra; Arthur Fiedler, cond.)
Each version gives us a different view onto the music and by the end, with the orchestral arrangement, we’re in familiar Gershwin territory – this could be incidental music from a musical, or the inside movements of some of his larger works. We just wish for the rest of the set.