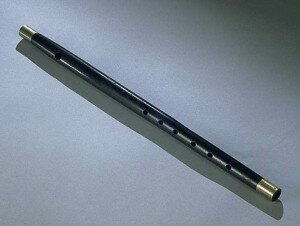 Music may not be the oldest profession in the world, but it still hasn’t lost its magic. At five I received a fife as a birthday present.

I thought it was a flute, it sounded like one. It gave me years of magical pleasure. I didn’t know how to play it, it just made magical sounds. I carried it with me everywhere and experimented. I’m sure I drove my parents mad. You can hear the beautiful sound of the fife at the beginning of this video.

Music has never lost its magic for me. I’ve been playing and writing music for 53 years. However, as a modern composer, I have fallen into the well of technology as it drives so much of music today. There is nothing you cannot do to manipulate sounds and even auto-compose music in a Digital Audio Workstation (DAW) today. Generally, technology does not make better music, but it helps create better-sounding music.

However, the magic of music is still best experienced live in concerts, gigs, shows, and performances. My greatest memories of music are all from live concerts. Many years ago at the Sydney Town Hall, which was known for its problems, a performance of the Piano Sonata No. 2 by American composer Charles Ives was given by an up and coming local pianist. The piece is notorious for its chromatic variations. The performer was giving it his best, then about three minutes in, all the house lights went out.

Some in the audience groaned as they knew the issues with the electricity supply in the building and others were mildly alarmed. But, not the pianist, he kept on going. It was about two minutes after the lights went out that he noticed and then stopped. Most in the audience sat there with large grins on their faces.

Ives: Piano Sonata No. 2, “Concord, Mass., 1840-60”, “Concord Sonata” – Emerson
This showed the magic of music in a nutshell. A player was so caught in the moment of the music that nothing else mattered or interfered with his experience of it. Just like I was enthralled with my little fife at five.

Music is still a magic carpet ride for me, I can’t get enough of it. What maintains my love of music is finding out about its history, exposure to new works and information on the technicalities and techniques of composition. I do this through a vast music book and magazine collection. I’d love to know whether there are more music books published every year than there is actual music. My guess is the winner would be books.

The extraordinary and irresistible force of music has most of the world under its spell. I’d say that the time I spend on music is equally divided up between reading about it, playing it and listening to it.

Karl Haas (1913–2005) was a German-American classical music radio host. He presented a programme called Adventures in Good Music. It ran for 37 years and was syndicated around the world. His book, Inside Music, has great insight into what his subtitle says, How to understand, listen to and enjoy good music.

Through this book, published in 1984, and his program, I discovered so much music that keeps me aboard this magic carpet ride of music. Hass describes Mozart’s Symphony No. 40 as sheer dramatic magic.

No matter how many times I hear Mozart’s Symphony No. 40, I still get caught in its magical spell. For the smaller orchestra of Mozart’s day, the colour, dynamic, and tonal variations that he created standout amongst any contemporary symphony. The lovely flute passages and that ever-recurring theme, sounding like a question that answers itself in the first movement ring in the ear of many music lovers across the world. As it has been doing for over 230 years.

Once under the spell of music, most are forever held in its charms. While the experience is not the same for every person and especially for composers who sometimes fall out of love with music as they have been so close to it for so long, music continues to offer a life-filling experience.

My favourite quote about music comes from the Jamaican singer and songwriter Bob Marley. “One good thing about music, when it hits you, you feel no pain.” There’s a lot in this statement and what it means. To me, it represents the force of music which can override grief and sorrow. It also says that music can’t be explained, but you know when you are under its magical and life-changing spell.