The Hong Kong Philharmonic—the pre-eminent orchestra of Asia— performs 150 concerts during their 44-week season under the direction of music director Jaap van Zweden. As part of their Swire Maestro Series, Osmo Vänskä will be their guest, conducting the orchestra at the Hong Kong Cultural Centre Concert Hall, June 28 and 29, 2019.

Osmo was kind enough to answer a few questions prior to leaving for these performances.

As one of the longest -tenured music directors in the history of the orchestra, what do you think your legacy will be?

I’m not the right person to ask, but will leave that to other people’s opinions. I try to do my job as well as possible, and others around the orchestra can provide perspective on my time in Minnesota. 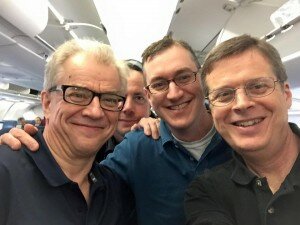 I’m certain your widely admired recordings of all the Beethoven and Sibelius Symphonies and your exceptional performances of everything Sibelius will be among the things you will be remember for!

You’ve had tenures with the Iceland Symphony and several far-east orchestras including Taipei’s National Symphony Orchestra, Hangzhou Philharmonic, Yomiuri Nippon Symphony, and the China Philharmonic. What has drawn you to these ensembles? Have your experiences with these orchestras influenced your decision to become the Music Director of the Seoul Philharmonic?

Just like human beings, every orchestra is different and unique; there are no copies. I cannot invite myself to an orchestra, but can only say yes or no when I’m invited. I’m happy that the Seoul Philharmonic asked me and I’ve agreed. I hope that we find traditional goals, as well as new goals with Seoul Philharmonic. Every arts organization has to find new challenges for itself and then work to fulfill those goals.

Under your direction the Minnesota Orchestra has achieved several “firsts” especially groundbreaking tours to Cuba and South Africa. How has this shaped the orchestra and you in particular?

Yes – it has deeply affected the entire Minnesota Orchestra. These concerts were life-changing not only for the performers but also the audiences. We went with the intention that these concerts would be collaborative, and we learned so much from interacting with the musicians of South Africa both in concerts and during educational activities.

I’m sure you have many behind-the-scenes stories. Is there a story or two that stand out either because something unexpected or amusing happened?

During a BBC Proms concert with the Minnesota Orchestra! We were performing Mahler’s Fifth Symphony at Royal Albert Hall. I suddenly felt the suspenders on my pants come loose, in front of 5,000 people! Before the second-to-last movement, I had to ask the principal second violin to fix my suspenders. He stood up to close them, so I wouldn’t lose my pants during the performance! (the audience applauded.)

You are conducting the Hong Kong Philharmonic at the end of the month. What are you looking forward to? What will this orchestra bring to two of Sibelius’ most well-known works: Finlandia and Symphony No. 2?

I have been with Hong Kong Philharmonic twice now, and it’s a very good orchestra, so I’m sure they will make great performances of those pieces. 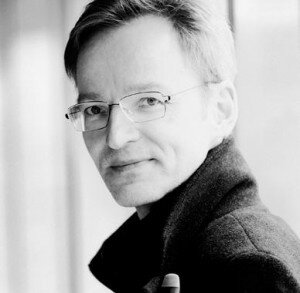 Can you tell us a little about the Lindberg Clarinet Concerto, which will be receiving its China premiere? Kari Kriikku is the soloist for whom the work was written. The program notes are intriguing…apparently he will “enthrall the audience with his amazing virtuosity and astonishing gifts as a dancer!” (Spoiler alert)

Kari Kriikku is a good friend of mine, as is the composer Magnus Lindberg. The concerto is extremely difficult for the clarinet soloist but he’s an amazing clarinet player. Although this will be my first time performing the work with Kari, I know Kari’s recording of the Lindberg Concerto. Actually, Kari took some lessons from me years ago, and I remember then, he was already an extraordinary player. I just hope we have enough rehearsal time for the orchestra too, because the orchestra part is complicated. It’s a great piece of music that I hope the Hong Kong audience enjoys.

Do you feel your background as a virtuoso on the clarinet yourself prepares you in a special way for new music for the clarinet and also for the musicians of the orchestras you work with?

I think it gives good vibes for everybody to know that I’m still an active player and have a strong instrumental background. It does help me as a conductor, and I’m sure it’s a positive thing for the players to know I have been a professional clarinet player.

I remember from my years playing in the Minnesota Orchestra very intensive rehearsals. We were always expected to probe every bar of the music. A Vänskä trademark is the extraordinary pianissimos you achieve with the musicians. Hong Kong audiences: be ready to hear the softest sounds ever!