Count Ferdinand Ernst Gabriel von Waldstein (1762-1823) was Beethoven’s first great patron in Bonn. Originally he hailed from Vienna, and after receiving the knighthood of the Order by its Grand Master Archduke Maximilian Francis of Austria, he was sent on various diplomatic missions. Since he already knew Maximilian Franz, the Elector of Bonn, he was readily admitted to the Bonn court. Waldstein had great interest in the arts and in music, and he was himself a capable pianist and composer. As such, the young prodigy Ludwig van Beethoven was brought to his attention, and Waldstein took an active part in supporting the composer. Waldstein’s “Ritterballet” WoO 1was first performed on 6 Mach 1791, but it was subsequently discovered that Beethoven had ghost written the piece for his patron. Significantly, it was Count Waldstein who bargained with the Elector for Beethoven’s release. He also arranged a scholarship for Beethoven to visit Vienna, and in a famous passage written in November 1792, he bids the composer farewell, “Dear Beethoven! You go to realize a long-desired wish: the genius of Mozart is still in mourning and weeps for the death of its disciple… By incessant application, receive Mozart’s spirit from Haydn’s hands.” Eventually, Count Waldstein fell out of favor with the Emperor, but his name is immortalized as the dedicatee of Beethoven’s “Waldstein Sonata,” Op. 53. 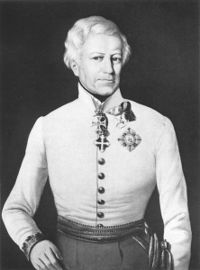 Beethoven completed his C-sharp minor String Quartet Op. 131 in 1826. The composer was certainly pleased with his effort, as he writes to a friend “you will find a new manner of part-writing and, thank God, less lack of imagination than before.” Upon hearing the work, Schubert remarked “after this, what is left for us to write?” and Schumann discovered “a grandeur which no words can express. It stands on the extreme boundary of all that has hitherto been attained by human art and imagination.” Originally, the work was to have received a dedication to Johann Nepomuk Wolfmayer, a wealthy textile merchant, keen musical amateur, and good friend. Wolfmayer would on occasion surprise Beethoven with a new coat, secretly exchanging it with an old one in Beethoven’s wardrobe. Beethoven wasn’t particularly happy with Wolfmayer rummaging through his clothes, but in the end he always consented to the exchange. Wolfmayer also commissioned Beethoven to write a Requiem paying him 1,000 florins in advance, but Beethoven never managed to complete it. In the event, Beethoven changed his mind at the last minute and wrote to his publisher Schott, “[Op.131] must be dedicated to Lieutenant-Marschal Baron von Stutterheim.” You see, Beethoven felt profoundly indebted to von Stutterheim as he had secured a place in his regiment for Beethoven’s nephew Karl after the young man had attempted suicide in January 1827. In order to placate Wolfmayer, Beethoven later dedicated the String Quartet Op. 135 to him. 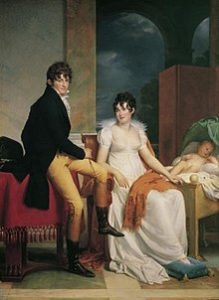 Johann Josef von Fries was one of the richest men in Austria. Swiss by birth, he established the banking firm of “Fries and Co,” and in his spare time manufactured brassware and cotton goods. He also built himself an opulent Palace across from the Hofburg. Two years after the “Palais Fries” was completed, he committed suicide and left his enormous fortune to his wife Anna and his son Moritz von Fries (1777-1826). Unfortunately, Moritz had none of his father’s head for business and he squandered much of his inherited fortune on bad investments. However, he was a fanatical connoisseur of the arts, and his library contained nearly 2,000 rare volumes. In addition, he was an avid collector of historical and modern art, and his holdings included paintings by Raphael, van Dyck, and Rembrandt. Mortiz von Fries is primarily remembered for his extensive patronage of Vienna’s musical life. He organized exclusive concerts with the leading musicians of the day, and held many private concerts and musical soirees in his “Palais.” A private performance of Haydn’s Creation was given at the “Palais Fries” in April 1800, and Beethoven most likely premiered the two sonatas for Piano and Violin, Op. 23 and 24 at one of these private evenings. Financially subsidized throughout, Beethoven went on to dedicated his String Quintet Op. 29 to Mortiz von Fries, and followed it up with the dedication of his 7th Symphony. 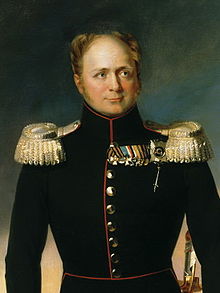 Historians still hotly debate the role Tsar Alexander I played in the assassination of his father. Alexander was 23 years of age, and he was physically present in the palace when the assassination of his father Tsar Paul was announced on 23 March 1801. Whatever might have transpired, young Alexander I wasted no time and quickly swooped down to the Caucasus and conquered Georgia. And when he came to Vienna in 1802—with Napoleon threatening the city—he was hailed as a hero and the epitome of the modern monarch. Beethoven, it seems, was suitably impressed and he dedicated his 3 Sonatas for piano and violin, Op. 30 to him. Apparently, as a down payment for the three sonatas, Alexander I gave Beethoven a diamond. Beethoven, however, subsequently complained that he never had received payment in full. Alexander I returned to Vienna on several occasions and on New Year’s Eve 1814 he was the guest of honor at Count Razumovsky’s glittering ball celebrating the successful conclusion of the Congress of Vienna. Beethoven was invited to attend the event, but predictably the composer just couldn’t be bothered.