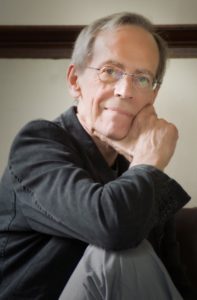 My personal acquaintance with Maestro Milne is confined to a few brief but warm correspondences many years ago. Instead I came to know him largely through the music of Medtner. I can still recall vividly how it all happened: some 25 years ago I was browsing aimlessly the CD section in the music library at the University of British Columbia in Vancouver Canada, and stumbled upon this curious disc cover with a painting of a medieval knight. The back of the CD showed a track titled “Song of the Water Nymph”. Just like many teenagers at the time, I was equally entrenched into the role-playing game Dungeons & Dragons. I confess that it was the cover artwork that caught my attention and I took it home without hesitation.

That CD turned out to be one of the few volumes of Medtner’s piano and chamber music that Milne recorded for the CRD label in the 1970’s, a project that lasted for about 2 decades. The recording featured only two works: the massive early Op.5 piano sonata was too much for my appetite back then, and failed to make a positive impression; the second work, Second Improvisation Op.47, essentially a set of variations on a theme of “Song of the Water Nymph”, was however a revelation. The notorious technical demands, which Medtner’s music was famous for, were readily apparent. Yet the sound world it unfolded was spine-chilling. I remembered listening to it repeatedly hours on end, completely hooked to the pianistic effects and emotional surges conjured up by Milne. Once the loan of the CD was due, I rushed to the local record store to get myself a copy. It still occupies a very special place in my collection, and I treasure it tremendously up to this day. 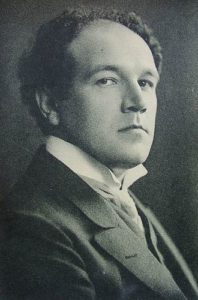 Although Medtner’s music did enjoy a small revival over time, his works have yet to be included in the standard repertoire. Rare yet was the performance of the Op.47. To my knowledge only 4 other recordings are available: Wild on Chesky Records (re-released on Ivory Classics), Tozer on Chandos, Tropp on Denon, and Prommachart on Champs Hill Records. I am glad that it was Milne who gave me the first taste to this great composition as his performance really outshined his colleagues, surpassing even the eminent Earl Wild, hands down.

I later managed to get hold of the remaining CDs in the series, and they have given me years of listening pleasure. Complex contrapuntal lines, mind-bending cross-rhythms, finger-breaking runs, and ever shifting colours are staples of his style. In the wrong hands it can sound stuffy and downright boring. In my opinion Milne is still the perfect pianist to execute these works. He was able to conceal from the audience the unforgiving technical complexity, and only put forth the most essential musical ideas behind the notes. Thanks to Milne, the discovery of Medtner has reshaped my taste in piano music, and has unleashed my curiosity about obscured repertoire.


The 8 volumes (with 2 containing his chamber works) in the CRD series, some of them later reissued by Brilliant Classics (nla), however, did not cover Medtner’s entire oeuvre for the solo piano. He went on to record 2 more sets for Hyperion in the late 2000’s and early 2010’s, including the complete Skazki, an essential addition to any Medtner collection. Although Milne went against the mainstream to devote to this obscured composer, ironically enough, one of the two sonatas that he came shy of completing is the Sonata Reminiscenza, arguably Medtner’s most popular work. Nor did he record any of the 3 piano concertos. All these must be a big regret to every Medtner lover.

Milne’s artistic mastery as a pianist is just as evident in other repertoire. The last recordings he made on Hyperion aptly showed why he remains a towering musician instead of a mere technician. I considered the Lyapunov concertos, Alexandrov’s piano works, and the Bach transcriptions amongst the best works that he had left behind.

Nowadays whenever I come across a new recording of Medtner’s music, I always recall that thrilling experience from listening to the “Song of the Water Nymph” the first time. And I am forever grateful to Maestro Milne for sharing his life-long passion, perhaps obsession, to piano playing and music making of the highest order.


Anson’s education and work background have absolutely nothing to do with music although he did have a history of skipping both classes and meetings to attend concerts. He has a passion in piano music, and prides himself in being able to play a couple of pieces in his never-ending wishlist. Obscured repertoire, piano transcriptions, pieces for the left hand only, and music for piano-four-hands can surely pry him away from video games and binge-watching. But probably not from desserts. He was born in Hong Kong and is currently a resident there.