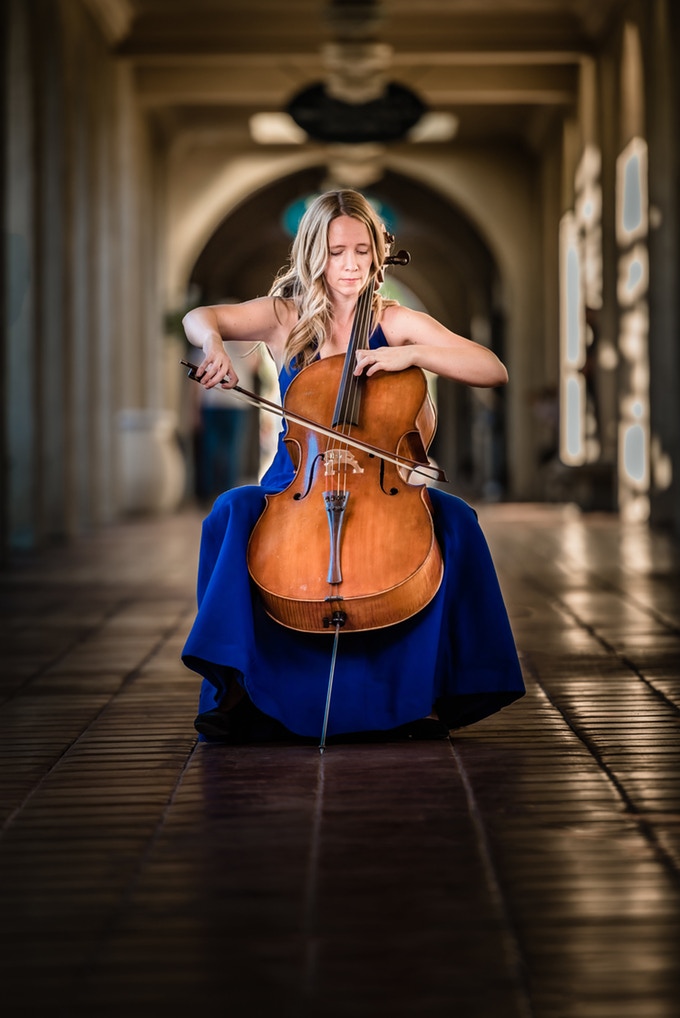 Sophie Webber and her Cello

Cellist Sophie Webber had a long-standing idea that Bach’s Cello Suites could be made more accessible. In many ways, they stand as these beautiful and isolated jewels, created through a relationship of a player and her cello and the music of Bach. Yet, with the addition of voices, something further could be made to invite more listeners into Bach.

Dr Webber’s arrangement of the Cello Suites No. 1 and 3 for cello and choir took her on a long tour not only through music but also through the new world of Kickstarter and social media. She raised money for her project via public financing and getting ready for a Kickstarter campaign meant a serious set of decisions on the plan for the project and the timeline for accomplishing it. She first had to make a video promoting the project and from that, launch her project on the world. In her one-month campaign, she sought to raise $16,400 and closed the campaign with 114 backers pledging $16,699 to bring it to fruition. 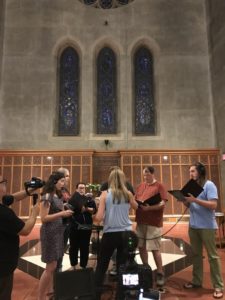 Her vision for the music that it be uncluttered, with minimal addition, but at the same time, adding voices that wouldn’t be in the way of Bach. In her arrangement, she ensured that she kept the voices out of the cello range, and they complement her playing nicely.

We spoke about earlier ideas of Bach’s cello suites, focusing on Yo-Yo Ma’s 1998 film, Inspired by Bach, that took each Suite as a different starting point for projects such as a garden, a dance, 3-D versions of Piranesi’s Prisons of the Imagination, and so on. She said that concepts such as that pushed her own ideas forward.

In setting two of the works for solo cello as works for cello and choir, she’s making, on one hand, the cello another voice, and on the other, the choir as another instrument. She worked with Philip Lawson, a British composer and arranger who was a baritone in the King’s Singers, to set the choral ‘vocables,’ i.e., the vowels and consonants (not words) that they would be singing. Closed vowels and open vowels have very different sounds and it was important that the choir be singing the same word-less sound. Occasional ‘words’ do appear, such as ‘chim’ in the first suite’s Sarabande, used to elongate the choir’s sound to match the line of the cello.

The recording process was one of continual learning – in the end, the cello was recorded in the fairly dry Guarneri Hall in Chicago while the choir was recorded in the very resonant Bond Chapel at the University of Chicago. The initial recording session with cello and choir together didn’t work because of cross-recording in the microphones and, in the end, Dr Webber is happy with the mix of recording venues. The drier cello sound stands out against the more angelic choir sound.

The choir setting varies from sections that are very contrapuntal and other ones that are more lyrical. This goes with the tempos of the various movements – the slower movements, such as the Preludes, Allemandes, and Sarabandes have more homophonic setting, while the faster movements (Courantes, Menuets, and Gigues) use more counterpoint to match the cello line. Her vision was that the choir’s voices be ‘angel-like.’ 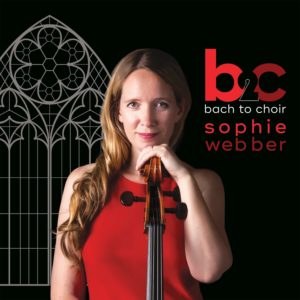 The Kickstarter campaign had pledges primarily from the US and the UK, where Dr Webber has many connections, but also from Malaysia, Australia, and Canada. In true modern fashion, her social media expert was based in Indonesia and guided her through the new world of Instagram and how to create a campaign. After this whole campaign was complete, Dr Webber noted that her entire relationship with social media had changed and now she was much more deliberate in looking what is best for her personally – there’s a lot there, but she’s not an 18-year-old user and has to consider how to best represent herself and her music.

What’s next? Recording the other 4 cello concertos isn’t actually on the horizon. She’s touring with her Bach, with performances upcoming in Chicago and St. Charles, Illinois and a German music festival in the spring. There’s more music she’d like to do, too, such as Saint-Saëns’ Cello Concerto, or a recording of Romantic cello and piano music, and then there’s all the contemporary music she’d like to do. Whatever it is, we wait to see what comes next!

For now, you can pre-order via Sophie Webber’s website. The album will be released on 4 April on iTunes and all other digital venues.