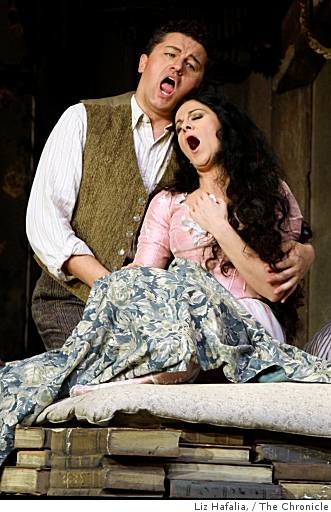 Why are there so many songs about love?

Regardless of whether it is country music, pop music or classical music, songs about love and romance have always made up the greatest proportion. In fact, the world’s oldest song ever discovered and documented was indeed a love song inscribed in hieroglyphics on the wall of a 4300 year-old tomb, which was found surrounded by images of singers and musicians playing the harp.

Love comes in many forms. There is patriotic love, paternal love, familial love, platonic love, sibling love, romantic love, and sexual love of eros. Although love begins with the heart in the songs and movies, it all really happens in the head.


No matter what kind of love it is, such attachments are strongly associated with the reward and pleasure centers of the hypothalamus in the brain. When a man and woman fall in love and are sexually attracted to each other, the lower hypothalamus produces both male and female hormones that aid in the mate selection and reproductive process.

Oxytocin, colloquially known as the “love hormone”, is one of the brain chemicals that increases intimacy and strengthens bonds in romantic relationships. It is also released when mothers and babies first bond; or when one experiences intense emotional states.

Maternal love, on the other hand, is quite different. It has little to do with the lower hypothalamus of the brain, but does stimulate the reward center in the mother’s brain. The “reward” is found to be the child’s level of happiness.

A limited number of areas in the mother’s brain are specifically related to maternal love. When mothers see their children, the facial recognition center of the brain becomes particularly active, which helps a mother identify her child’s level of happiness and sadness from his or her facial expressions. Several regions in the cerebral cortex and limbic system are also activated as mothers distinguish the smiles and cries of their own infants from other infants.

On the other hand, anything that arouses the visual, olfactory or sense of touch stimulates the orbital frontal lobe. When parents see their children, the orbital frontal lobe becomes active, and increases the desire to caress and take care of the child. In fact, one just needs to look at a brain scan to see how the frontal insula of the brain responds during touching to understand the power of parental love towards their children. Perhaps the only flaw about maternal love is that, like romantic lovers, the frontal lobe in the mother’s brain has a tendency to turn itself off during childcare, thereby reducing logical judgment. As a result, this increases the risk of spoiling the child.

The hormones of romantic love

Besides stimulating the lower thalamus to secrete more oxytocin, two other hormones dopamine and vasopressin would also be stored in the pituitary during romantic love. During sexual arousal, these hormones are quickly released into the blood stream. Although these are the currently known functions, recent research have indicated that these hormones have been found to have many other functions, for instance, they play an important role in human interaction and socializing, sexual behaviours and even learning.

How does the brain react when love becomes a game of suspicion? When a male monkey sees another male come close to his female mate, male hormones in the monkey’s brain alerts other parts of the body to prepare for attack. As the rush of male hormones enters the blood stream, the brain becomes more intensely focused. Likewise in human love relationships, the reason why some men try to vend off other suitors, is that vasopressin increases aggressive behaviour toward other males.

Jealousy, as such behaviour is commonly known, is portrayed in many operas, such as in Don Giovanni, La boheme and The Phantom of the opera. The most famous is probably Shakespeare, and later Giuseppe Verdi‘s opera of Otello, in a tragedy about a man who murders his wife after wrongly learning that she had been unfaithful. Medically, such tragedies are termed the Othello Syndrome, which refers to the delusion of infidelity of a spouse or partner. The Othello syndrome affects males and, less often, females. The removal of the right thalamus, hardening of the right brain, Alzheimer’s disease, or substance and alcohol abuse can increase the risk of such problems.

Yet, not all hormones rise when one falls in love. The reason why a person becomes totally focused on his or her lover in a romantic relationship has in fact much to do with the decreased levels of serotonin in the brain. When serotonin levels are too low, it can trigger behaviours of stubbornness and compulsiveness. For example, people with obsessive compulsive disorder tend to wash their hands very often or frequently check whether or not the windows are closed. Likewise, lovers spend hours talking on the phone, and stay in each other’s company day and night. Is this not a form of compulsive behaviour?

When a couple falls in love, the reward centers of their brains are stimulated dramatically, whereas the frontal lobe of the brain decreases in activity. Even the warning system of the brain in the amygdala also decreases activity. As a result, newly smitten lovers often idealize their partner, magnifying their virtues and overlooking their flaws.