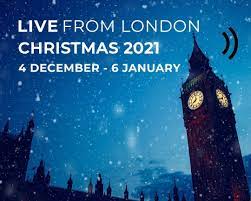 The VOCES8 Foundation presents its fifth online festival series “LIVE from London.” Founded in 2020 during lockdown, the festival covers a broad spectrum of modern and contemporary pieces alongside traditional choral Christmas music. A stellar lineup of vocal ensembles and performers will once again brighten an otherwise bleak Omicron Christmas season with concerts running from 4 December 2021 and ending 6 January 2022. Each concert is filmed, in the presence of an audience at significant churches across London, including the Wren-designed St. Anne and St. Agnes Church, the iconic St Martin-in-the Fields, and historic St Jude-on-the-Hill. Broadcast in HD, “LIVE from London” is passionate about bringing music to the people, and “engaging young people through singing,” as they believe that the opportunity to take part in music making “should be available and accessible to everyone.” One of the highlights of last year’s festival was a series of six concerts by the Gabrieli Consort & Players under the direction of Paul McCreesh performing Bach’s Christmas Oratorio. 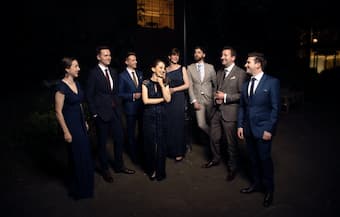 In 1734, Johann Sebastian Bach was cantor for the churches of St. Thomas and St. Nicholas in Leipzig and responsible for the music during Services at both locations. In that particular year he composed the six musically and textually interrelated cantatas to which he appended the title Weihnachts Oratorium (Christmas Oratorio). Destined for the twelve days of Christmas, beginning on December 25th and ending on the Feast of the Epiphany on January 6th, Bach collaborated on the libretto with Christian Friedrich Picander, who had already provided him with many earlier librettos, including the one for the St. Mathew Passion. The biblical narrative is assigned to the tenor evangelist who declaims the text in recitative. Representing the congregation’s response of prayer, praise and thanksgiving for the Christmas message, a choir intones Lutheran hymns in Bach’s harmonization, while extended and elaborate arias provide the opportunity for further reflection. Bach had originally composed the music for these arias at an earlier time, using them for secular purposes. He now artfully fitted these pre-existing melodies with new text to suit the sacred context. The Christmas Oratorio is a six-part cantata cycle that finds Bach at the height of his compositional powers as he created a wondrously dramatic and celebratory work. However, Bach composed magnificent music for the Christmas season throughout his long career, and in this year’s “LIVE From London” the Gabrieli Consort & Players and Paul McCreesh return to present five festive cantatas that Bach presented during his first Christmas season in Leipzig in 1723/24. 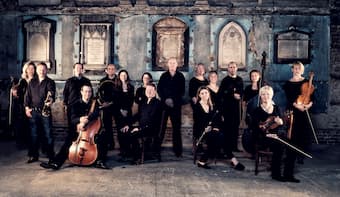 On the First Day of Christmas on 25 December 1723, Bach performed the Christmas cantata Christen, ätzet diesen Tag (Christians, engrave this day), BWV 63 at the church of St. Thomas in Leipzig. There are some indications that the work might have been composed in Weimar as early as 1713. Bach appears to have performed this cantata on a number of occasions before he presented it during his first year as Thomaskantor in 1723. Cast in seven movements, BWV 40 is “an inspired piece that commences and concludes with impressive choruses,” and it demanded the largest group of performers that Bach had used so far. Documentary evidence suggests that he was asking for four trumpets, timpani, and three oboes in addition to the regular four voice parts and strings. BWV 40, Darzu ist erschienen der Sohn Gottes (For this the son of God appeared) was the first Christmas cantata Bach composed specifically for Leipzig. It sounded on the Second Day of Christmas, 26 December 1723, at the two main Leipzig churches. Festively scored, the text by an unknown poet presents Jesus as the conqueror of the works of the devil, who repeatedly appears as a serpent in this work. 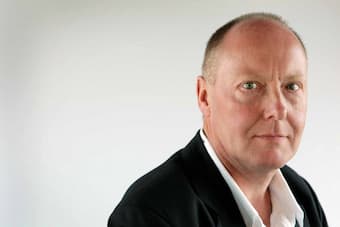 The cantata Süßer Trost, mein Jesus kömmt (Sweet comfort, my Jesus comes), BWV 151, was specifically composed for the Third Day of Christmas. However, it does not date from 1723 but comes from Bach’s third cantata cycle composed in 1725. The libretto comes from the poet and court librarian G.C. Lehms, who was working in Darmstadt at the time. The cantata is scored for flauto traverse, oboe d’amore, strings, continuo, SATB solos. The voices only appear together in the final movement, as the soloists and different combinations from the orchestra take all other movements. Considered Bach’s “most personal and intimate Christmas cantata,” the work is anchored by the pastoral first movement, “which dominates and casts a glow over the entire work with its mood of iridescent transparency.” Apparently, Bach indicated a dynamic marking of “sempre piano” for this movement, “intending to keep the festivities over the Christ Child’s birth restrained; perhaps this is in some ways a lullaby for the sleeping infant Jesus.” 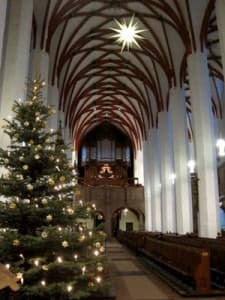 Bach composed Singet dem Herr neues Lied (Sing a new song unto the Lord), BWV 190, for New Year’s Day in 1724. The cantata is festively scored for alto, tenor and bass soloists, a four-part choir, three trumpets, timpani, three oboes, oboe d’amore, two violins, viola, and basso continuo including bassoon. That particular instrumentation, however, is taken from the extant chorale closing. The first two movements have only survived in fragmentary form, merely showing the vocal lines and two violin parts. Bach begins and ends this cantata in the brilliant key of D Major, as John Eliot Gardiner suggests, “establishing a solid framework against which the listener can measure the bumpy happenings and disturbances of the year gone by and the one about to begin.” The libretto by the unknown poet focuses entirely upon praise and thanks for the gifts of the past and prayer for further blessings, highlighted by the insertion of two lines from Martin Luther’s German Te Deum. 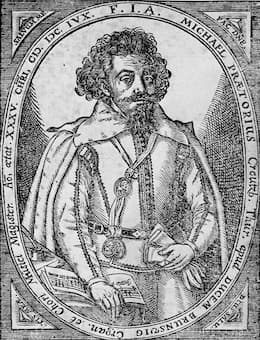 Bach composed the cantata Sie werden aus Saba alle kommen (They will all come forth out of Sheba), BWV 65, to conclude his first Christmas season as Thomaskantor in Leipzig. First performed for Epiphany on 6 January 1724, this cantata directly quotes Isaiah’s prediction of the Wise men, “but contrasts it with a chorale description of how that prediction came true.” As such, the chorale is placed immediately after the opening chorus, as the gifts of the Wise Men are a reflection of the gift of God. Bach uses instrumentation to illustrate the contrast between poverty and abundance. “While all recitatives are secco, and the strings are silent for the first aria which is supported only by the oboes da caccia in low register, a festive orchestra with three kinds of wind instruments and strings accompanies not only, as usual, the opening chorus and the closing chorale, but also the penultimate movement, a tenor aria expressing how the believer gives his heart as a present.”

Johann Sebastian Bach: Sie werden aus Saba alle kommen (They will all come forth out of Sheba), BWV 65 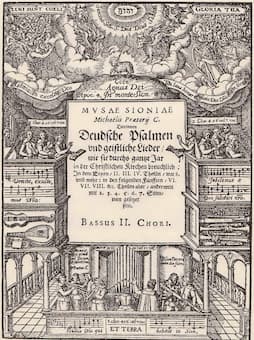 In addition to Bach’s glorious cantatas for the 1723 Christmas season, each of the Gabrieli Consort & Players concerts also includes works by Michael Praetorius (1571-1621). As we commemorate the 400th anniversary of the composer’s death, we remember the versatile and wide-ranging contributions of this prolific German composer and theorist. During his relatively short life, Praetorius composed over 1,000 primarily sacred music based on Protestant hymns. He saw himself as a mediator of the tradition of Lutheran church music, as the “central connection of his life’s work with divine service, is fundamental, as is his aspiration to a universality incorporating all aspects of music into his ideas and practice.” His strong interest in music history and theory are preserved in his three-part Syntagma Musicum, published in the early 17th century. It would become an essential work of reference for the period, and his Christmas carols “In dulci Jubilo” and “Es ist ein Ros’ entsprungen” are still part of the Christmas narrative today. In fact, his “Musae Sioniae,” a nine-volume collection of over 1,200 choral pieces provides the direct musical and theoretical links to the compositions of Johann Sebastian Bach. “LIVE From London” presents the exceptional music of Michael Praetorius performed by the British youth choir “Gabrieli Roar.”