Blog
Listen to the Best of Baroque Music This Christmas!
by Hermione Lai October 26th, 2020 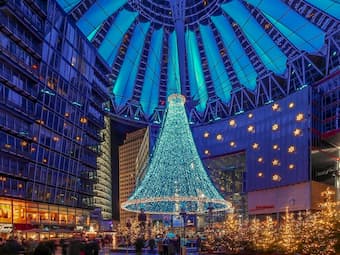 It’s going to be a very different Christmas this year. That stupid Corona virus is everywhere, and so many things we associate with the Christmas season won’t happen. There won’t be much mall shopping, meeting with friends, dining or partying, and there will certainly be no traveling. At least last year, I was able to get away with friends to a fab beach resort; we had the best time. But what I probably will miss most this Christmas is the fact that I can’t visit my relatives, specifically my grandma. Her residence home has been closed to all visitors. I understand why, but it still makes me sad. So I’ve been thinking of how to brighten this year’s Christmas season. And there is no better way than to listen to joyful and uplifting Baroque music. For me, it’s the best and most inspiring classical Christmas music, and it includes Messiah by Handel, the beautiful Christmas Oratorio by J.S. Bach, the pastoral Christmas Concerto by Arcangelo Corelli, and the emotional Christmas Cantata by Alessandro Stradella. Why not listen with me to the best of Baroque music this Christmas? 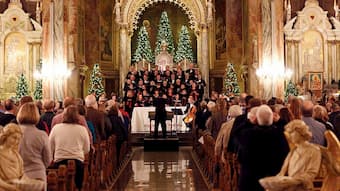 A Performance of Handel’s Messiah © shepherdexpress.com

We all know that George Frideric Handel (1685-1759) was one of the all-time great composers. And around Christmas you can hear his popular oratorio Messiah wherever you go. Handel actually composed the piece in the middle of severe financial difficulties; and then he had a brilliant idea. He talked to the clergyman Charles Jennens about a text on the Messiah combining verses from the King James Bible. The finished text was very long, and it is subdivided into three parts. First is the Prophecy of the Messiah, followed by the Passion and Redemption of Christ, and finally a hymn of Thanksgiving. Handel composed all the music in about three weeks. There are recitatives, arias and large choruses, and this monument of Baroque music has easily become one of the composer’s most popular and enduring works. Only the first part of the Messiah deals with Christmas. There is a majestic instrumental “Sinfonia,” and the reassurance of Christ’s birth is expressed in the beautiful recitative “Comfort ye, my people.” This is followed by the virtuoso aria “Ev’re valley” and the magnificent chorus “And the glory of the Lord.” Another chorus “And he shall purify” is followed by a magnificent alto aria, with the chorus joining to rejoice in Christ’s birth. The joy of the occasion is jubilantly extended in the fast choral section “For unto us a child is born.” The Christmas story always tells of shepherds, and the instrumental “Pifa” makes reference to the serenity of a rural setting. “There were Shepherds” is part of a brilliantly orchestrated accompanied recitative “And lo, the Angel of the Lord.” The music and text go back and forth between telling us the Christmas story, and showing us the feelings of the characters. “And the Angel said unto them” is answered by the chorus exclaiming the majestic hymn “Glory to God in the highest.” There is another beautiful operatic aria “Rejoice greatly,” followed by the recitative “Then shall the eyes of the blind.” The gorgeous alto melody “He shall feed his flock” is reused in “Come unto him” by the soprano. The first part of this Baroque masterpiece ends with the choral scene “His yoke is easy.” Maybe you have already figured out that the famous “Hallelujah Chorus” is not part of the Christmas story. But that’s probably not really important, as the uplifting music and message is perfect for a festive holiday season. 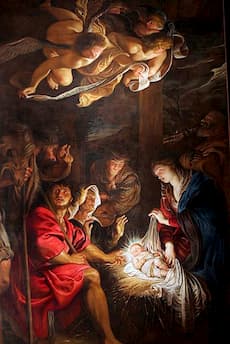 Adoration of the Shepherds by Peter Paul Rubens
© Wikipedia

One of the top pieces of classical Christmas music is J.S. Bach’s Christmas Oratorio. But it’s actually more than one composition. Bach was working in Leipzig, and part of his job was to compose music for the two main churches of the city, St. Thomas and St. Nicholas. Christmas season in Leipzig was celebrated in Leipzig from Christmas Day through Epiphany. Epiphany is all about the adoration of the Magi and the Flight into Egypt, and it is celebrated on January 6th. Bach needed to compose a cantata each for the six feast days of Christmas. The first three cantatas celebrate the first three days of Christmas, then comes New Year, the Sunday after New Year, and Epiphany. On 26 December 1734 Leipzig heard the first cantata describing the annunciation to the shepherds, in which an angel tell a group of shepherds about the birth of Jesus. Of course, the shepherds are all terrified but the angel explains “Today in the town of David a Savior has been born to you; he is the Messiah, the Lord. This will be a sign to you. You will find a baby wrapped in cloths lying in a manger.” A great many more angles come and sing praise to God, and so the shepherds travel to Bethlehem and find Mary and Joseph and the infant Jesus. In 1734 Bach was at the height of his compositional powers, and he created a wondrously dramatic and celebratory work. Passages from the bible are assigned to the tenor evangelist, who musically recites the text. A large chorus sings the response of the congregation, and also the praise and thanksgiving for the Christmas message. And then we have the most gorgeous Baroque arias that allow for further reflection. You can hear in every tone the joy of the season, and Bach added trumpets and timpani to make the music even more festive. Bach’s Christmas Oratorio is another monument of Baroque music and one of the most wonderful pieces of classical Christmas music. 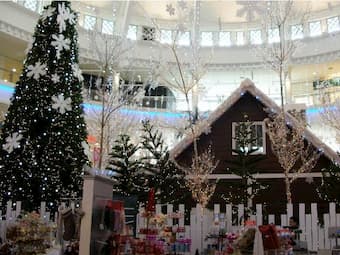 Some of the best Baroque music for Christmas is connected to some really interesting characters and stories. Take for example the Cardinal Pietro Ottoboni, a man sworn to celibacy by the church. But the Cardinal had other ideas, as he loved pomp and sensual pleasure. Nobody knows how many mistresses wandered through the Cardinal’s bedroom, but rumors suggested that he had between 60 and 70 children. The Cardinal was also a lover of the arts and specifically music, and he constructed himself a theatre. He also wrote his own opera and oratorio texts, and asked various composers to set them to music. Ottoboni was surely a major eccentric, and he surrounded himself with an extended circle of queer artists. He thought that being queer made artists more creative, and among his hires was the violinist and composer Arcangelo Corelli (1653-1713). Corelli and his lover Matteo Fornari soon became the star attractions as they came up with a new kind of music, which they called “concerto.” All that means is that a bigger orchestra contrasts a small group of performers or soloists. Maybe the Cardinal Ottoboni asked Corelli to compose him a “Christmas Concerto.” Nobody knows if that was actually the case, but the last movement has a beautiful pastoral quality. When Antonio Vivaldi first heard this piece he excitedly wrote, “Concerto, fatto per la note di natale” (Concerto composed for Christmas Eve.) It is one of the most touching Baroque instrumental pieces for Christmas, and a wonderful way to say Merry Christmas musically. 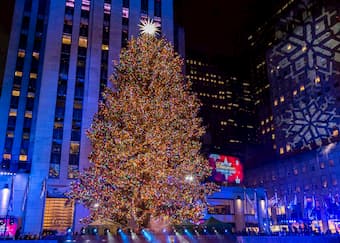 For the final selection of the best Baroque music for Christmas, I have selected the Christmas Cantata by Alessandro Stradella (1643-1682). He was one of the most versatile and lively Italian composers in his day. He enjoyed a colorful and dazzling career as a freelance composer who managed to make countless enemies along the way. He tried to embezzle money from the Roman Catholic Church, and he had a weak spot for married women or the mistresses of the powerful and mighty. One evening while walking away from a little encounter, two assassins attacked him. By sheer luck he managed to survive the attack, but he was not that lucky a couple of years later when his life was tragically ended at the age of 42. A shadowy assassin stabbed him to death, having been hired by a jealous husband. Stradella was a highly sought after composer and none of his personal scandals affected the demand for his music. A group of wealthy patrons even provided him with a house, food, and a servant in addition to a generous yearly stipend. And we can certainly hear Stradella’s passion in his Christmas Cantata, first heard on Christmas Eve. Just listen to the beautiful pastoral atmosphere throughout the piece. There is no fake theatre, but just an emotional prayer from the Virgin Mary to her son. I guess we can all use a prayer during these unsettling times, and wherever you are in the world, may the best of Baroque Christmas music lift your spirits.