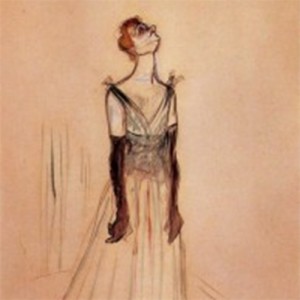 Around the turn of the 20th century, the French cabaret was a gathering place for the artistic and literary elite. It projected social and artistic ideals and was widely imitated through new establishments and touring performers. Among the traveling stars of these ambitious small literary theatres was the cabaret singer and actress of the “Belle Époque” Yvette Guilbert. She was a favorite subject of Henri de Toulouse-Lautrec, and her performances away from Paris found an especially attentive audience in German speaking countries. Sigmund Freud attended her performance in Vienna, and declared her his “favorite singer.” 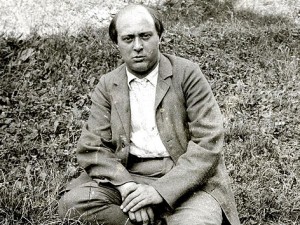 Her stage mannerisms did attract some criticisms, with Maurice Lefèvre writing, “She crawls, creeps with hissings, leaving behind the moiré trail of her drool… On both sides of the boneless body hang, like pitiful wrecks, tentacles in funereal gloves.” In Berlin, the writer Ernst von Wolzogen set out to create a distinct German cabaret tradition. He formed the “Überbrettl Company” and secured the services of Arnold Schoenberg, who had left a dull but secure bank job to pursue his musical dreams. Schoenberg set to work and scored his Brettl-Lieder, eight poems from a collection entitled Deutsche Chansons.


Ah, I’m burning with desire Galathea, lovely child
Just to kiss your cheeks of fire, for they’re so alluring, wild…
But to my kisses, darling maiden revealed your lips should never be
For the fullness of their charms, are only found in fantasy.” 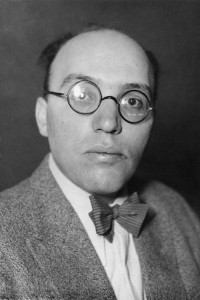 The idea that “poetry was not merely read in lonely rooms but sung to a public hungry for entertainment,” resonated strongly with Kurt Weill. A student of Humperdinck and Busoni, his destiny for the stage was immediately apparent. His obvious talent for directness of expression and interest in social commentary were complementary traits. When Bertolt Brecht arrived in Berlin in 1924 he witnessed the beginnings of a new type of theater whose mission was to portray society, demystify the artistic process, and expose the machinery of both art and society. In collaboration with Bertolt Brecht, Weill created a new style of topical opera that focused on contemporary political and social issues. The one-act Mahagonny Songspiel featured simple melodies in song format, and the production was staged in a boxing ring. It is “a short epic play which simply draws conclusions from the irresistible decline of our existing social classes. It is already turning towards a public which goes to the theatre naïvely and for fun.” 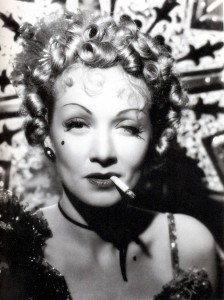 Throughout the 1920’s, the composer, pianist and lyricist Friedrich Hollaender became one of the most sought-after musical talents during the golden age of the Berlin cabaret. A classically trained composer who studied with Engelbert Humperdinck, Hollaender worked in several literary cabarets and ultimately found his niche in creating cabaret songs that clearly evoked the mood and environment expressed in the texts he set. He also began writing for the new medium of film, and gained an immediate triumph with his songs for Marlene Dietrich. The film director Josef von Sternberg cast Dietrich in the role of the cabaret singer Lola-Lola in Der blaue Engel (The Blue Angel). The village schoolteacher falls in love with the provocative Lola-Lola and lets himself be humiliated and degraded before eventually becoming her ridiculous puppet. When she leaves him for another man, he goes back to teaching, an old and broken man and dies soon afterwards. 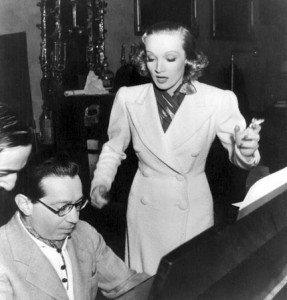 The German response of the Berlin cabaret to the worldwide depression of the 1930’s was decidedly unique. Reflecting life in a post-war Germany troubled by inflation and political upheavals, aggressive lyrics by Klabund, Kurt Tucholsky and Walter Mehring mirrored the decadence and unfulfilled hopes of a temporary oasis in German history. It reawakened a lost era that engaged issues of tolerance, sexual confusion, and political uncertainty. Hollaender’s songs epitomized the Zeitgeist of the Weimar Republic and reached an artistic level beyond the transience of daily satire. His use of the popular idiom and his stinging satires on the rise of fascism became an integral part of his artistic language. Parody of popular elements melancholically reflected on modern urban life and contemporary society. In his cabaret revue “Spuk in der Villa Stern” Hollaender’s political satire criticized and lampoons National Socialist rhetoric and caricatures Adolf Hitler. The Weimar Republic ultimately failed in 1933, and with cabaret performances banned, singers, performers and composers left Germany for other parts of Europe or the United States.

Friedrich Hollaender: “Ich weiß nicht, zu wem ich gehöre” (I do not know who I belong to)