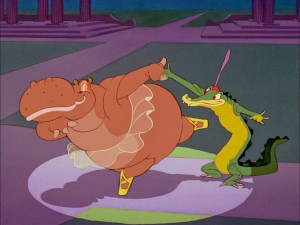 One of the wonders of animation in the 1930 and ‘40s was the breadth of classical music. Walt Disney took this seriously in Fantasia. Intended to be an ongoing series of settings of classical music, the feature-length cartoon (and some live action) was a failure at its launch and so Disney abandoned it as a series. 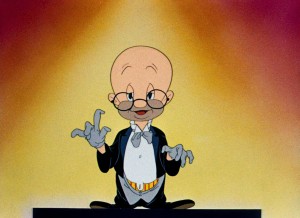 Elmer Fudd tells us about the night’s entertainment

It has been very important, however, in popular culture in its blending of sound and imagery and there’s more than one person who can only hear Beethoven Pastoral Symphony as populated with nymphs and centaurs, and who imagines dancing ostriches and hippos, bubble-blowing elephants and the alligators of evil in Ponchielli’s The Dance of the Hours. 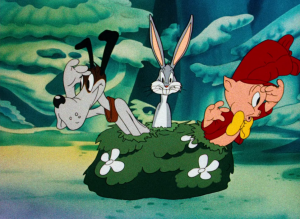 Looking in all the wrong places

Disney’s rivals, Warner Bros. made fun of the pretensions of Fantasia in A Corny Concerto (1943), set at Corny-Gie Hall , with Elmer Fudd replacing the voice-over of Deems Taylor. 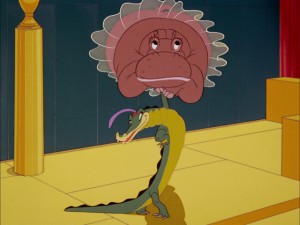 Elmer hunts Bugs to the tune of Tales of the Vienna Woods, often sped up to an incredible speed, and interrupted by the occasional gunshot. The Beautiful Blue Danube uses swans to parody the much more elegant flying horses in Fantasia.