A musical journey across the ages awaits listeners at Li Biao’s concert in Hong Kong on 15 March. Performing arrangements on only percussion instruments, Li Biao and his ensemble will span almost 300 years of music in just one evening. 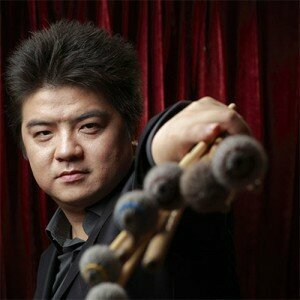 This percussion group is the brainchild of internationally renowned percussionist Li Biao, who talks to me about the origins of the group.

‘It formed 12 years ago, with me and some of my classmates, and later my students,’ Li explains. ‘We have performed all over the world.’

The group has toured Europe, Asia, and South America, and in 2008 performed at the closing ceremony of the Olympic Games in Beijing. Along with his percussion group, Li has a busy schedule as a solo touring musician, and although he enjoys the travelling, it can sometimes take its toll. ‘I travel intensively, and I do enjoy traveling,’ he says. ‘The best thing when the airplane is on time and comfortable, and the hotel is nice. The worst is when there are long flight delays and bad hotel services!’

Li does not come from a musical family, being free to pursue his own musical interests and passions. He started to learn percussion aged 5, and didn’t study any other instruments beforehand – he stuck with what he started. Li notes a particular inspiration when he was younger from his percussion teacher Peter Sadol, who passed away a few years ago. Nowadays, like his upcoming concert, Li draws inspiration for all of his work from composers spanning the ages – ‘Beethoven and many great composers’ are on his list of inspirations, and away from work he still listens to ‘mostly classical’ music. 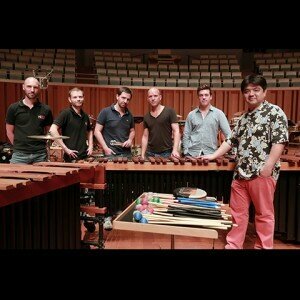 This breadth of inspiration is something that Li encourages younger percussionists to draw on: ‘Don’t show off,’ he says. ‘Learn the basic form and structure of the music. Discover the true emotion of the music.’

Li is busy as a teacher, holding two professorships at the Hans Eisler Academy in Berlin and the Music Conservatory of China in Beijing. In addition to his solo work and teaching practice, Li began conducting seven years ago, which led to appointments with major orchestras in China. ‘I am the Chief Conductor for the Tianjin Symphony Orchestra, and soon too with the Beijing Symphony Orchestra,’ says Li. ‘This has taken off very quickly in recent years! My schedule is very demanding at the moment.’

As he conducts more and delves into his teaching positions, Li says his percussion performances may reduce – for the time being. With this said, he hopes the group will continue to perform in major concert halls around the world, playing both familiar and unfamiliar works.

And in between his busy engagements, what does Li do to relax? The answer is simple: ‘Drink wine and listen to music.’