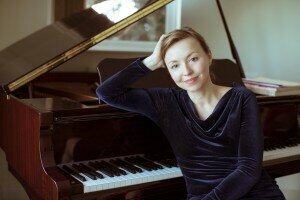 Opera composer Elena Langer started her music education in Russia at the Gnessin College of Music before going on to the Moscow Tchaikovsky Conservatoire. She completed her studies in London at the Royal College of Music and the Royal Academy of Music. Her work moves from triumph to triumph, drawing on a particular sensitivity to timbre as one of her foundations of composition.

In April 2019, the world premiere of her new opera Beauty and Sadness will take place at the Hong Kong Academy for Performing Arts in Hong Kong. The story comes from the last published novel of Japanese writer Yasunari Kawabata, Utsukushisa to Kanashimi to (Beauty and Sadness) (1964). Oki, a writer, would like to be reunited with a lover, Otoko, from his past. He’s going to Kyoto to try to recreate that past as he has realized, years later, that she was the love of his life. Otoko is now a famous artist, living with her student and protégée, Keiko. Keiko, seeking to avenge Otoko for her abandonment by Oki, plans to seduce Oki’s son, Taichiro, and beauty and sadness have their place together.

The story is one of past memories and current jealousy, tradition and modernity, and the varieties of love and hate. Of the five characters in the opera, one, Oki, the writer, is not only a non-singing role but also a non-speaking role. His words and thoughts are ‘spoken’ by the cello. 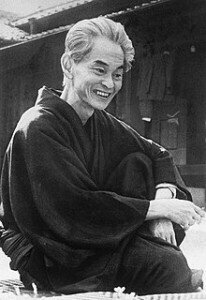 We asked Langer about how the work came about. She said she’d been approached by the director, Carolyn Choa, and was happy to take on the work, as it coincided with early interests of her own in Japanese art and culture. Securing the rights to set the story of the novel to music took nearly 2 years before Kawabata’s estate agreed to the proposal. The librettist, David Pountney, set the libretto and sent it to Langer. Having been instructed by Ms. Choa to only read the novel and, under no circumstances see the French film (Beauté et Tristesse by Joy Fleury, 1985), Langer read the libretto. She felt that more cultural depth was needed so she added a set of haikus by Basho that would either anticipate the action of a scene or comment upon an action that had happened. By lucky coincidence the haikus of Basho (1644-1694) were set in the same geographical area as Kawabata’s novel of 1964. Mr. Poultney liked the haiku idea and for Langer, haiku, in their brevity, were perfect for musical setting.

One of the important parts of creating the Japanese milieu was the use of distinctive Japanese instruments. A large Taiko drum is placed on the stage and, in the orchestra, the Japanese end-blown flute, the shakhuhachi is used for its very romantic sound. The yang qin, a plucked zither, is also used for its timbre. Other unusual instruments include a bass guitar and the ethereal celesta. Langer sets her characters by instrumental timbre, much as Handel did, rather than in the Wagnerian manner of setting them individual themes. When we asked how she wrote for these traditionally non-notated instruments, she spoke of the care she took for each instrument and player. For the Taiko drum, for example, she created a notation that told the player when to start, when to stop, and what mood was to be conveyed – the notation was tailor-made for the instrument and its player.

To get an idea of Langer’s use of timbre, the interplay between the voices and the instruments in her 2013 work Landscape with Three People, setting the poetry of Lee Horwood, is a good guide. The close match in the two singer’s voices, paired with the oboe and the strings makes a close-textured sound.

We asked Langer about her spare time and she said walking and swimming were her delights, as Hampstead Heath were readily available. In fact, the water music used at the end of the opera came to her while swimming in the Kenwood Ladies’ Pond on Hampstead Heath. Beyond all that, it’s music that she loves best and being in London gives her access to a world of music.