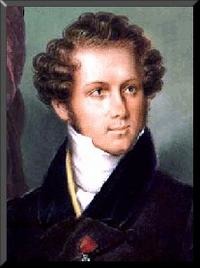 By 1834, Richard Wagner was not only honing his musical and dramatic skills, he was also starting to express himself in a series of essays. In his article Die Deutsche Oper (German Opera), published in Laube’s Zeitung für die elegante Welt (Journal for a graceful society), Wagner argued that German composers should look towards Italy to find operatic models. He greatly expanded his views in an essay entitled Bellini, published in 1837. “Bellini’s music and particularly his vocal melody, has of late excited so much attention, and kindled so much enthusiasm, even in Germany, the land of the learned…Melody is in short the language in which a man should impart his musical thoughts to others, and if this be not as independently constructed and conserved as every other cultivated language should be, how shall he make himself understood?” Wagner tenderly called Bellini the “gentle Sicilian,” and suggested that his flowing melodies had the unique italiante capacity for “bel canto” expressiveness.

Norma was first produced in London in 1831, and failed to make an impression. However, a highly enthusiastic Richard Wagner staunchly defended the work and wrote that “even the most determined opponents of the new Italian school of music do this composition the justice of admitting that, speaking to the heart, it shows an inner earnestness of aim”. He even called it “a cure for the intellectual abstruseness of German composers.” When Wagner took up his appointment as music director of the Riga Opera House in 1837, he wasted no time in putting Norma on stage. In addition, once he arrived in Paris in September 1839, he composed an insertion aria for the first act of Norma. Based on words by an unnamed Italian political refugee, “Norma il predisse” (Norma, it has been predicted) was scored for bass and male chorus, and intended for performance by Luigi Lablache. In the event, Lablache refused Wagner’s compositional offer, and the aria was first published and performed in 1914. 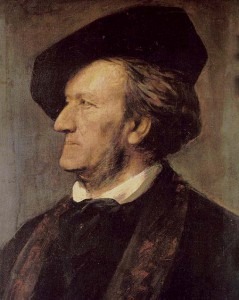 Several years earlier, during his brief tenure as music director of the Magdeburg Opera House in 1836, Wagner had already tried his hands at composing Italian opera. Das Liebesverbot (The Ban on Love) is based on Shakespeare’s Measure for Measure, with the libretto once more fashioned by Wagner himself. He was only twenty-two, and clearly searching for a distinctive and personal musical and dramatic style. The action is set in Palermo, and contains some spoken dialogue. Described as a comic opera, it nevertheless addresses themes of restrained sexuality and eroticism, subjects that recur throughout Wagner’s entire oeuvre. Much of the musical substance is based on the works of Vincenzo Bellini and Italian operatic conventions. Gently arching melodies, entirely florid in construction and frequently including Italian cadenzas, are numerously repeated to extend the structure of the work.

Das Liebesverbot was first produced on 29 March 1836 in the Magdeburg Opera House, and was by all accounts, a dismal failure. Apparently, the prima donna and one of the leading tenors partially forgot both text and music, and had to improvise. It was suspected that the performers had an affair, something that did not sit well with the prima donna’s husband. Minutes before a projected second performance he stormed backstage and the ensuing brawl assured that the work never got off the ground. It was never again performed during Wagner’s lifetime, and the fully staged revival had to wait until 2008.

By September 1839, Richard had once again amassed a large amount of debt, and the Wagners were forced to flee Riga to escape their creditors. Since the authorities had already confiscated Wagner’s passport, the couple illegally booked a passage on a small boat and sailed straight into a horrendous storm. Mina Wagner suffered a miscarriage, and Richard came up with the character of the Flying Dutchman, who is sentenced to aimlessly travel the seas until he is redeemed by the love and sacrifice of a woman.

Having survived the journey, the couple eventually settled in Paris and would stay for two and a half years. Next time, we will take a closer look at the Parisian influences that significantly influenced and shaped the mature composer.