Artists Interviews
Learning from All Directions – An Interview with Jennifer Higdon
by Maureen Buja April 16th, 2019 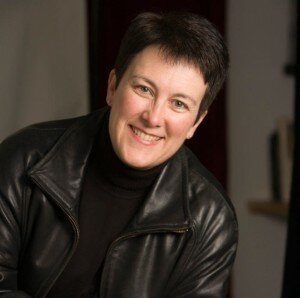 There are few American composers with Jennifer Higdon’s credentials: Pulitzer Prize winning, Grammy Award winning (twice), and, most recently, winner of the Nemmers Prize for Composition, which brought in US$100,000 and a work to be performed by the Chicago Symphony Orchestra.

Ms. Higdon is bringing her string quartet from 1993, Voices, to Hong Kong as part of the Intimacy of Creativity (IC) 2019 festivities. The performance will be by the Vera Quartet, from the Curtis Institute of Music. Ms. Higdon also teaches at Curtis, but has not worked there with this ensemble. In Voices, she turns the tables on the usual formulas of chamber music and starts with a fiercely violent movement, “Blitz,”

III. Grace
The work is played without breaks between the movements. Most chamber pieces adopt an arch form: lively beginning, calm middle, and dynamic final movement. Voices ends with a whisper. She conceived of the work first as three different stories and then as three different people telling stories, hence work’s name, Voices. She said this was a welcoming opportunity to not only hear a work from some 25 years ago but also one that had been one of her first works that she felt had her distinctive voice in it.

We talked about some of the things that she hoped to realize from her work as distinguished faculty member with IC and she mentioned that the IC would be idea for looking at how people get ideas and what they do with them. What one can do when one is out of ideas and how solutions might be found to a problem that occurs to every artist.

Her Pulitzer Prize winning work was her Violin Concerto, written with the violinist Hilary Hahn in mind. 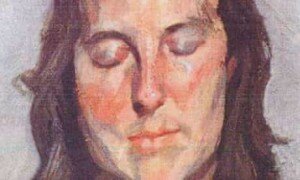 She mentioned that she had recently read some articles on how pop music composers work and she was astonished to learn that many of them begin not with the lyrics but with the music. Finding the hook and the right beat will lead to the words. In her experience, classical music composers begin with the words and then find the music.

She’s been taking that lesson of leading with the music into her concepts for her new opera, where she’s been writing music to set up the atmosphere before she approaches the lyrics. The opera, tentatively entitled Woman with Eyes Closed, is the story of the theft of seven pictures from Rotterdam’s Kunsthal.

The pictures, which include Lucian Freud’s Woman with Eyes Closed, two paintings of bridges in London by Monet, Gauguin’s Girl in Front of Open Window, Matisse’s Reading Girl in White and Yellow, a self-portrait by Meyer de Haan, and Picasso‘s 1971 Harlequin Head were stolen by a Romanian art thief, and in a startling revelation, his mother declared that she had burned them all. Such is the subject of her opera, which combines the composer’s love of art and music in one story.

Ms. Higdon hopes, for the young composers at IC, that they are able to take away as much as possible from this unique experience. As most composers work alone, IC provides them an opportunity to see how their colleagues approach writing music, how instruments play together, how the rehearsal procedure can be a guide to what works or doesn’t work in a piece, and, above all, having the opportunity of getting feedback on your work immediately.

We spoke about what isn’t taught in school about composition and performance and one of the most critical, and most overlooked, is sensing when you’ve lost your audience. When the audience starts to rustle, cough, and you can hear them paging through their program books, you’ve lost them. Unlike in an art museum, where, if you don’t like the art you can walk away, in a concert hall, you’re captive in your seat. A composer has to learn how to keep the audience engaged and interested in what s/he has to say. Conversely, what is it about a work of art that captures your eye, or a work of music that captures your ear? These are all important things for a young composer to start to realize and it’s the interactions and observation of the audience that will be an education in that regard. And, for the young composers, the interacting world of performers / composers /audience will be unique for teaching them their craft.