In Tune Society
Klais Organs: The Power behind the Throne
by Georg Predota July 22nd, 2015

The age-old craft of organ building is a highly creative profession that demands constant analysis of tradition, while simultaneously keeping abreast of the latest technical, practical and aesthetic developments. Respect for proven values and tradition has to be carefully balanced with advances in technology. This balancing act also applies to the relationship between room and sound, between material and voicing, and between architecture and the organ façade. Organ building, it is said, requires harmony in all areas! And since it brings together experts and artisans from varying fields of expertise–everything from woodworking to metallurgy—one might reasonably be tempted to describe organ building as a holistic activity. For the Klais family of organ builders, this holistic and balanced approach has always been the fundamental and guiding principle. 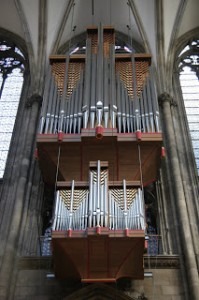 Johannes Klais senior meticulously learned his craft as an apprentice in Alsace, Switzerland, and Southern Germany. In 1882, he set up his own workshop in the city of Bonn, remarkably, on the very street where Beethoven was born! Although he relied on traditional construction methods, Klais soon experimented with innovation. His patent for high-pressure stops originated before the turn of the century, and the introduction of electric action in 1906 set the industry standard. When Hans Klais took over in 1925, he immediately recognized the need to modernize the organ façade. He incorporated innovative and contemporary design features, and was instrumental in the development of the ergonomic console. Hans Gerd Klais was heading the workshop from 1965 to 1995. Returning to the traditional design ideas of his grandfather, he tried to build the perfect synthesis between a polyphonic and a symphonic organ. Currently, the company is in the capable hands of Philipp Klais, who also studied organ building in Alsace, France and Germany. Klais organs are recognized as being technically superb, and infused with a spirit that reflects its purpose and location. Philipp Klais explains, “A pipe organ inspires people when it speaks their language. This is our principal challenge. We know that every human being is affected by his social, cultural and geographical surroundings, and that is why we always inspect the surroundings carefully when planning a pipe organ. This begins with the conception and architectural form, and continues with the stop list and the voicing, because each pipe organ is distinctive and can reach the heart of those for whom we build it.” 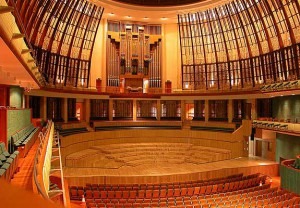 Klais have built instruments for a large variety of sacred and secular spaces, ranging from the cathedrals in Aachen, Cologne, Trier, St. Peter’s church in Munich, Bath Abbey, and St. Peter’s Lutheran Church in New York, to concert instruments in Athens, Kraków, Reykjavik, Birmingham, and Madison, to name selected few. Klais have also been highly successful in bringing their magnificent instruments to Asia. They are found in the Queensland Performing Arts Center in Brisbane, Australia, the Esplanade Concert Hall in Singapore, the Petronas Philharmonic Concert Hall in Kuala Lumpur, Malaysia, at the Chinese University in Hong Kong, and the National Centre for the Performing Arts in Beijing! Mozart called the pipe organ the “king of instruments.” If that is indeed the case, then according to The London Times, “Klais is the power behind the throne.”