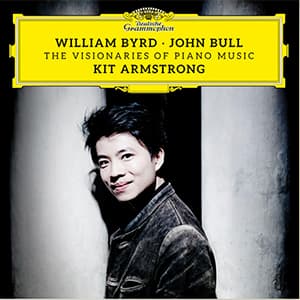 Described as “the greatest talent he has ever encountered” by his mentor Alfred Brendel, Kit Armstrong is a British-Taiwanese pianist and one of the most versatile artists of his generation. He is a true polymath – he taught himself composition with an encyclopaedia, studied both science and music as a full-time undergrad at the age of 9, graduated from the Royal Academy of Music with first class honours, and received a master’s degree in pure mathematics. You may wonder, what does this have to do with his playing? The answer, in my opinion, lies in this album.

In this debut album on DG, Armstrong presents an intriguing selection of works by the two great English virginalists, William Byrd and John Bull. It is indeed a courageous move – this programme gives a huge interpretive challenge to the pianist, as this music can easily sound uninteresting or monotonous without sufficient personal investment. It’s equally challenging for listeners, particularly if one listens to the entire album in one go.

Different voices are handled with care (particularly in the Canons), while ornaments are executed with clarity and filigree, achieving its function as an expressive device. The exuberance in the livelier pieces, such as Byrd’s Sellinger’s Round and Bull’s Les Buffons, is well characterised, coupled with its dance-like quality. Another highlight of the album is Bull’s Fantasia, the energy, fire and rhythmic vigour of which are nicely captured.

Nevertheless, the slower pieces are sometimes played matter-of-factly, occasionally at the risk of sounding “detached” from the music, and more of the intimacy and depth in the music are expected. 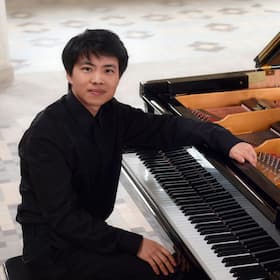 I’m by no means a purist, and I have no problem with performing these pieces (originally written for virginal) on modern instruments, as long as the unique possibilities offered by the modern equivalents are fully explored. This includes exploiting the sonority and the diverse array of tonal colours from modern pianos, which I am looking for more in this recording.

Armstrong is clearly thoughtful as evidenced by his liner notes, in which he eloquently discussed the conception of this album as a “story of the creation of a musical universe”, and his decision to record this interesting compilation (instead of yet another Beethoven / Chopin / Rachmaninoff disc) is worth commendation per se. However, it perhaps requires more imaginative power from the pianist to achieve his ideas. For example, he wrote that he attempted to create an outdoor atmosphere by pedal blurs in Byrd’s The Flute and the Drum, which however render the imitation of drum ineffective.

Compare with this rendition by Sokolov, which really brings the music to life.

As a whole, it seems to me that Armstrong takes a rather analytical approach to music – as he stated in an interview, he hoped to “use mathematics to throw light on music’s mysteries”. In his playing, everything is made lucid, but it somewhat lacks emotional punch and real character. As someone who studies science, I myself am fond of interpretations that are intelligent and informed, but the emotional perspective should not be ignored like an academic exercise. To be fair, there is some formidable playing from Armstrong, but it isn’t really my cup of tea.

The album is released by Deutsche Grammophon on 9 July.