We know of Henry V through Shakespeare’s eponymous history play, telling of the events surrounding the Battle of Agincourt in 1415. We first met Henry V when he was plain Hal, bouncing around the play Henry IV, parts 1 and 2, with his disreputable friend Falstaff. Now he’s in charge of England’s vastly outnumbered forces, fighting France on French soil, in one of the decisive battles of the Hundred Years’ War. The British were trying to withdraw to Calais, which they held, but the French army was in the way. Nearly 80% of Henry’s army were archers and it was the fabled English longbow that was decisive in the battle. Henry had 8,500 men and the French had 14,000-15,000 men at a minimum. Mud, rain, and a limited battlefield held back the French, as well as their heavy armour. When they fell into the mud, the knights had a hard time getting up again. The lightly armoured English were nimbler at attacking the lumbering French knights and the battle was over in three hours. 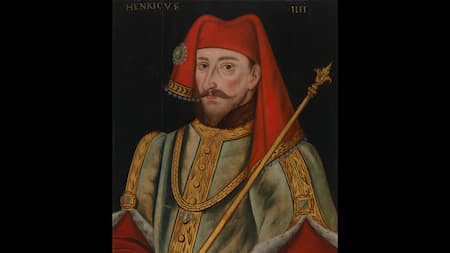 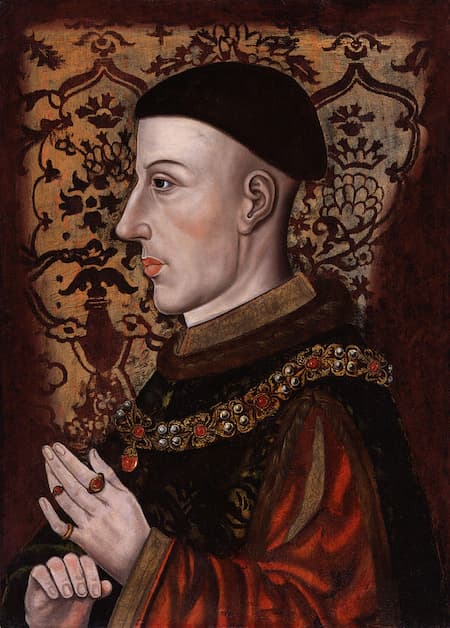 Henry V’s other side, the non-military side, loved music. He played the harp from an early age and even had a harp delivered to him in France in 1421, complete with a leather case and 12 spare strings. He also played the recorder and the flute.

As a composer, he’s known for his setting of the Gloria and the Sanctus, two parts of the Mass. Debate goes back and forth as to the true authorship – was it Henry V or Henry IV who composed these works? In the Old Hall Manuscript, created between 1415 and 1421 by a single scribe, there are two works by “Roy Henry,” the Sanctus and the Gloria.

It is now thought that both works are by Henry V, perhaps written before Agincourt. The primary composer in the manuscript is Leonel Power, who was a member of the chapel of Thomas, Duke of Clarence, brother of Henry V. When he died in 1421, the manuscript passed to Henry V.

The music is highly skillful and marks the work of an accomplished musician. 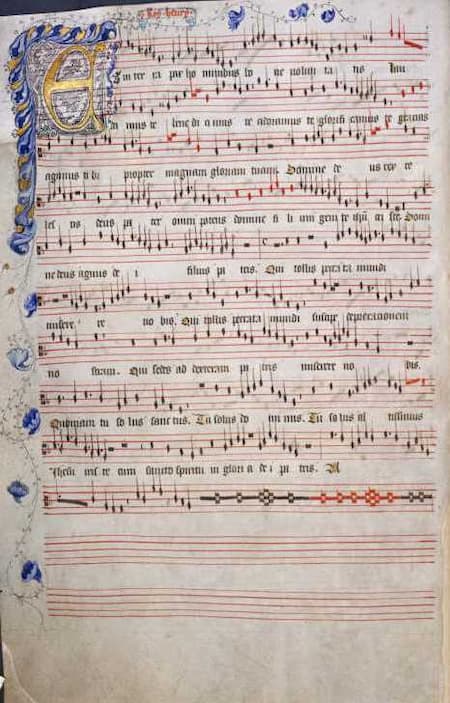 
Each of the king’s pieces begins their respective sections. In the Old Hall Manuscript, all of the Glorias are together, and all of the Sanctus settings are together. Since part of the collection is missing, the early parts of the mass, such as the Kyrie, are gone entirely. The initial letters also have a substantial amount of gold leaf decorating them, unlike the following pages, which are a bit light on the gold. 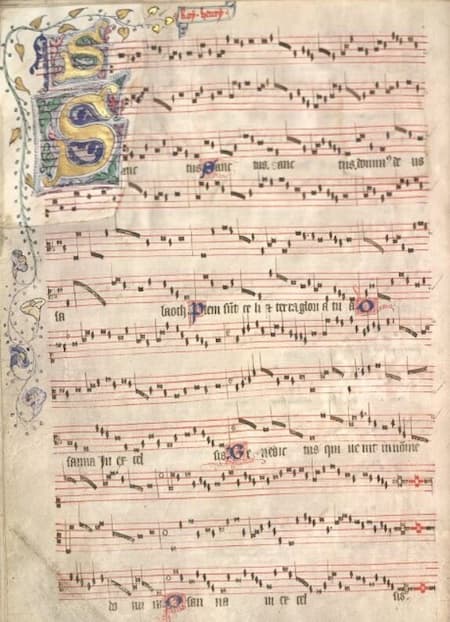 
The last date for a work in the manuscript is a work written for the marriage of Henry V and Catherine of Valois on 2 June 1420. Some of the music in the collection is known to have been played at celebrations for the victory at Agincourt. After Thomas, Duke of Clarence died in 1421 and the manuscript passed to Henry V, more music was added by members of the royal chapel. They used empty spaces in the manuscript to squeeze in their works and added pages when necessary. The original manuscript was probably going to be 121 folios of which 98 survive. When the later additions are added, we have an original manuscript of 137 folios of which 112 now remain.