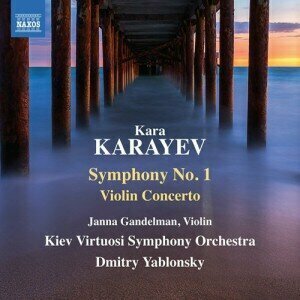 Symphony No. 1 in B Minor
I. Molto sostenuto – Allegro

Karayev: Symphony No. 1 in B Minor – I. Molto sostenuto – Allegro

Kara Karayev was one of the most prominent figures in the music of 20th-century Azerbaijan, and an inspiration to subsequent generations of Azerbaijani composers. His eloquently expressive and tautly dramatic First Symphony is a significant work in Karayev’s output, reflecting both the harmonies and melodic characteristics of the South Caucasus region and, in its orchestral brilliance, the influence of his mentor Shostakovich.