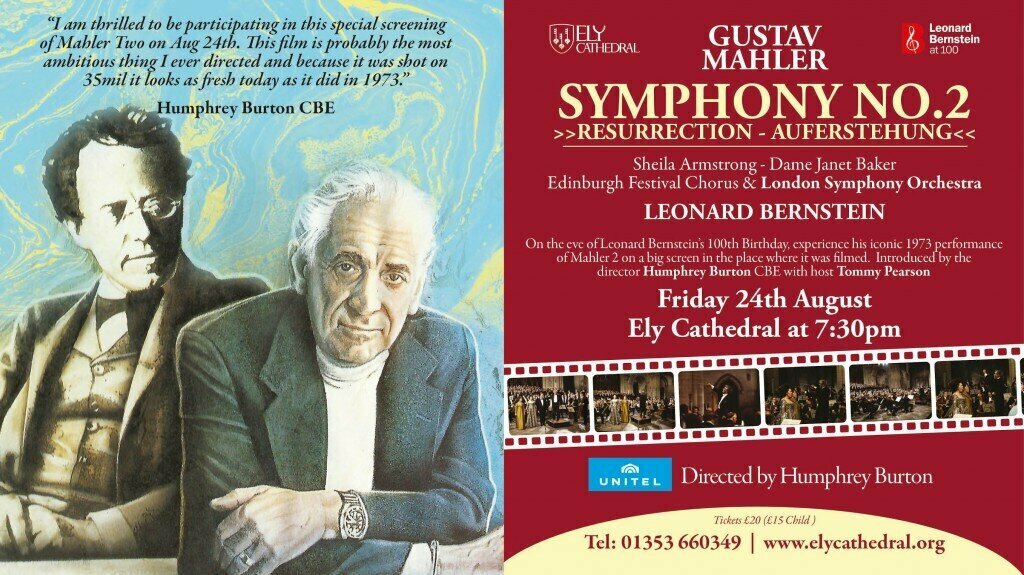 Humphrey Burton made his first connection with Leonard Bernstein when Bernstein came over to London for the premiere of Candide. It had opened to disappointing reviews in New York three years earlier and the only part of the work that maintained a place in the repertoire was the Overture. Bernstein’s own thoughts on that came out in his film of the New York Philharmonic Young People’s Concert in October 1960, followed by a performance of the Overture at a Broadway breakneck speed.

The London program, BBC Monitor, was a live broadcast, with Bernstein mocking his bad review in the Sunday Times and dismissing them as the “gutter press.” Bernstein and Burton hit it off and it was the start of a some-20-year relationship on film. Burton visited Bernstein in New York and had him back to London for the BBC’s Symphonic Twilight series.

In 1970, Burton got a call from Gregory Peck (yes, that Gregory Peck) that he and others were forming a production company to film Bernstein’s performances. The first production was 2 weeks away, filming the Verdi Requiem with the London Symphony Orchestra in St. Paul’s Cathedral. Despite his many commitments, Burton was there as director.

The German production company Unitel started filming Bernstein performances for distribution and Burton directed 95% of 300 Bernstein films. Bernstein had already brought his love of Mahler to New York, conducting the entire set of symphonies there with the New York Philharmonic between 1960 and 1967. For Unitel, he filmed them, but now with European orchestras. Following some disputes with the Vienna Philharmonic, with whom he had recorded Symphony 9, followed the next year by Symphonies 5, 4, and 3, the third year he took himself off to the UK. The Berlin Philharmonic, due to over-commitments, had been sending in too many substitute players for Bernstein’s taste so he turned to the LSO for his recording of Mahler’s Second Symphony, ‘Resurrection.’ 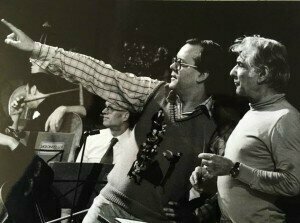 In 1973, Bernstein took the LSO to Edinburgh for a performance of Mahler’s Second for the Edinburgh Festival. Then, the entire orchestra and the Edinburgh Festival Chorus decamped to Ely for two days of recording. The Ely Cathedral, the Ship of the Fens, had been Bernstein’s choice because of an aesthetics class he had taken at Harvard that described the building as a mix of styles. It began in the Romanesque in 1083 and was completed in Decorated Gothic in the early 14th century, with the usual delays for money, building collapses, and the arrival of new bishops with new taste. This mix of styles in the building, for Bernstein, matched the mix of styles in Mahler, where a symphony would have vocal soloists and a chorus, or have local dances inserted.

The choir came down by train, and, as can be seen in the film, had memorized their music, which gave them a great freedom in singing. Unfortunately, due to a bomb threat, the rehearsal in the cathedral was cut short, but the camera angles were set and the recording went beautifully. The cathedral itself, with its octagonal tower and dark recesses was just as much a part of the performance as the orchestra. Note at the end of the last movement, how Burton uses the roof designs of the side aisles, with images that end in Christ Enthroned (starting around 07:25), to emphasize the nature of the true resurrection.

Although it caused problem with the camera setups, Bernstein preferred filming before a live audience. The Ely production was filmed with 35 mm cameras, each of which held a film cassette of only 10-11 minutes. Burton had to create a complex schedule of which cameras were filming what and who could take over when the film cassettes had to be changed. 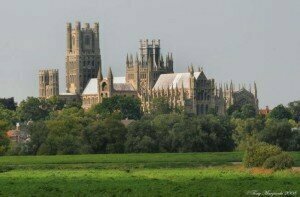 In addition, some weeks after the filming, certain orchestral close-ups that hadn’t made it onto film were reshot during playback filming. A studio in Bray had a mockup of Ely Cathedral created, the orchestra returned, the performance was played back and the orchestra tried to recreate their performance for the close-ups. This was the LSO at the top of its form, and Bernstein performing a piece he loved by a composer he adored and felt an affinity with.

You can have an opportunity to revisit this monumental recording as part of the Bernstein at 100 celebrations that are taking place around the world this year. Friday, 24 August, at 7:30 p.m., at Ely Cathedral, the film will be screened, introduced by Humphrey Burton with broadcaster Tommy Pearson. Tickets are on sale HERE.

This performance is on the eve of Bernstein’s birthday of 25 August, 1918.