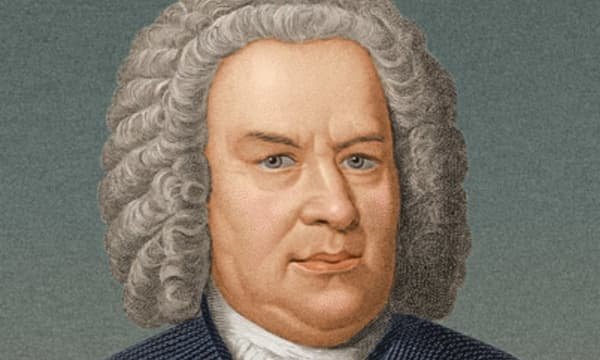 If you listen to the recordings by Glenn Gould playing Bach, you can’t help but notice that he kept singing, humming or groaning along as he plays. Since audio engineers were not always successful in erasing his voice from the recordings, we have a number of unique sound documents. The pianist claimed that his singing was unconscious, and “increased in proportion to his inability to produce the intended interpretation from a given piano.” And the pianist adds, “I can’t do without it. I would if I could. It’s a terrible distraction. I don’t like it, and I would resent any artist whose records I bought indulging himself that way. I don’t see why anyone puts up with it…. I can only say I play very much less well if I don’t indulge in a few vocal elaborations…. I think there’s a wishful thinking aspect, too: That is the way I would like my phrases to be made, and I’m never quite able to do that at the keyboard.” Believe it or not, you don’t have to play like Glenn Gould when you want to sing along while practicing your Bach fugues. Karaoke Bach comes courtesy of the 19th-century English professor of music Ebenezer Prout (1835-1909). Prout did author a number of textbooks on harmony and counterpoint, but he also fitted words to the subject of each fugue from Bach’s Well-tempered Clavier, Books 1 and 2. Some of the words might have lost its cultural relevance over time, but once you combine them with the music you will always be able to identify and sing along with the fugue subject throughout the work. Are you ready to play Karaoke Bach? Here are the words to the C-major fugue subject from the WTC I.

“He went to town in a hat that made all the people stare.” 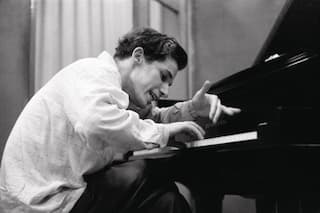 Were you able to fit the words? Sometimes it is helpful to imagine some internal punctuation in order to line up the words with the notes. In general, however, each syllable corresponds to one note. We don’t know who went to town and what kind of head ware made people stare, but we certainly know the person in the words to the C minor fugue:

“John Sebastian Bach sat upon a tack, but he soon got up again with a howl!”


No doubt, sitting on a tack will produce some rather uncomfortable sounds, but most of the sounds actually coming from Bach are simply glorious. Things turn much more pleasant in the C-sharp Major fugue:

“O what a very jolly thing it is to kiss a pretty girl!” 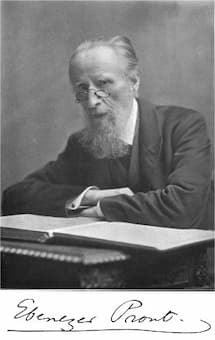 “Kissing the pretty girl” was a common trope and the subject of many popular songs of the period. However, in Victorian England, kissing in front of others was generally frowned upon. The one exception was provided by the tradition of kissing an unsuspecting girl under the mistletoe—talk about unwanted attention. The C-sharp minor fugue is a complicated beast, and the words are not only fitted to the fugue subject, but also to the 1st and 2nd countersubject:


Once you’ve actually been able to fit the words to the melodies, it makes the whole fugue much more transparent, don’t you think? While the C-sharp minor fugue talks about food, the D Major fugue probably addresses the issue of drink. I, however, do not know the precise meaning. Maybe you can tell us where this reference is coming from?

(Subject) “Gin a body meet a body Comin’ through the rye,”
(Answer) “Gin a body kiss a body, Need a body cry?” 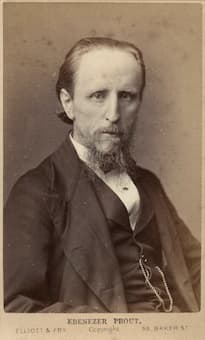 Prout was not only the author “of the finest set of theoretical musical works in the English language, he had a natural penchant for teaching.” In the event, he wanted to make sure that students of music clearly remembered the subjects to Bach’s fugues, whether the words are simply invented or refer to some long-lost cultural reference. Be that as it may, the words to the D-minor fugue sound rather painful. More Karaoke Bach coming up in our next sing-along episode; don’t miss it.

“He trod upon my corns with heavy boots—I yelled!”