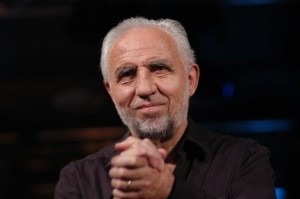 It would be difficult not to mention Jacques Loussier when we think of cross-disciplinary music. For over half a century, the classically trained pianist has become the icon of a particular genre of music bridging classical music and jazz: he transformed J. S. Bach by ‘jazzing Bach’.

Born in western France, Loussier studied at the famous Paris Conservatoire and developed his interest in jazzing up classical music. He formed a trio – the Jacques Loussier Trio – in 1959 and had much success with it. Although he disbanded it in 1978, he reformed it in 1985 at Bach’s tricentenary. His jazzed versions of Bach are almost always instantly recognisable: not only are the chosen tunes well-known, but also because of his distinct and elegant style of improvisation and adaptation. Sometimes he would open the piece with the original theme and then transition to an extended passage of jazz. On other occasions, he might begin with an introduction of his own. Quite often there would also be solo passages by the bassist or percussionist, sometimes in the form of cadenzas with homage to other famous composers such as Gershwin. In any case, the amalgamation is often so smooth that one wonders if Bach and jazz are meant for each other from the beginning, like the marriage of a perfect couple.

For some jazz lovers, the improvisation he offered at concerts may appear to be a little too rehearsed and not as free as some other jazz musicians. But when one considers the fact that the music is somehow fixed by Bach three hundred years ago, the new life brought about by his innovation is remarkable. Furthermore, the improvisation and freedom displayed in their live performances far exceeded that shown by many contemporary popular composer-artists. I recall having heard him live in Hong Kong a little over 10 years ago. The performance included many familiar pieces from their recordings, but they were nevertheless full of new interpretations, although at that time it may partly have been contributed by the new bassist of the Trio, as the former partner retired due to a medical condition.

Of my Jacques Loussier Trio collection, my favourite is their 1989 Munich performance which was recorded live. It was full of firework and energy. Perhaps spurred by the occasion, the tempi of many of the pieces were faster than some of their popular recordings made in the studio, which made them all the more exciting. Performing particularly outstandingly and providing much of the sparkle was the percussionist, André Arpino. I met him once, after the concert in Hong Kong. He is an amiable person and a key player in the Trio, somewhat akin to a sous-chef. He displays an enjoyment of music when he performs, not unlike a cook of his food, adding spice to the music produced by his colleagues with precision and keeping time meticulously. Somewhat hidden behind the drums, he is like a first mate of a ship, navigating, watchstanding, and responding spontaneously to the impulse of what made jazz jazz.

Bach’s music has been used widely in sacred as well as secular occasions, and Bach himself was a champion of improvisation. Jacques Loussier’s jazzed version of Bach brought it further by popularising it in the world of jazz while maintaining the original Baroque elements of figured bass and contrapuntal nature. Conversely, Jacques Loussier also introduced jazz to many die-hard classical music lovers. It is a remarkable achievement that he established this cult over 50 years ago; and today, nearing the age of 77, he is still giving regular concerts. It is perhaps no small surprise that it all began because Jacques Loussier, in his own words in Gramophone Awards 2009, ‘realised that [he] was not going to be an internationally recognised classical musician…and began playing in some small clubs around Paris, just to have an opportunity to explore jazz a little bit’!