Artists Behind the scenes
Making or Missing the Leap from Child to Adult
by Maureen Buja December 2nd, 2014 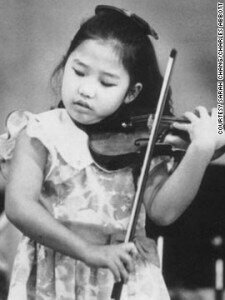 Sometimes when you hear a child prodigy, you marvel at their ability to perform at such a high level. The technical skills are there, the musicality is there, and resulting performance is nothing short of miraculous in its perfection. But then, later, it may not be so easy, it may not be so good, and it may be time to stop.

The life of a child star in any field is not easy. You’re inside working while all your contemporaries are playing or sleeping or just having fun together. With so many children performers, however, there’s often a story behind it, of an inspirational performance they heard, or a relative who encouraged their work. They are seized with a passion and their parents are often the ones who can help them push to achieve.

We can all name some child prodigies, starting with pianist Mozart at age 4, violinist Sarah Chang who started performing at age 5 and issued her first studio album at age 9, cellist YoYo Ma who started performing at age 5, pianist Lang Lang who entered the Beijing Conservatory at age 8, composer/pianist Georges Bizet who entered the Paris Conservatory at age 9, or Edgard Varèse who composed his first opera at age 12. This is a random list, extending from the 18th to the 21st century and is just a hint at the wide variety of precocious children in music. 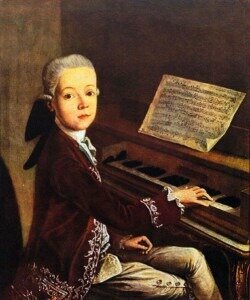 But there are many more children who get to a certain stage and stop. They don’t want to spend their time learning new pieces and practicing, they go out and do other things. Some educators have noted that changes in schools (generally at the transition from high school to university) often mark the time that children put their music aside. It’s a decision point concerning, on one hand, what you will major in at university, and what you think you have the skills to do.

It’s rare that the musical child is interested only in music: often their musical abilities are sparked by interesting ideas in science or language, and so their musical training is indicative of their potential in a number of fields. 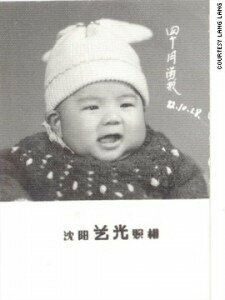 Lang Lang before he took up the piano

The other side of this is the child prodigy who doesn’t make the transition from child performer to adult performer but stumbles on, always trying to recreate the glory that they once attained. Their parents may have been pushing them, but when they step back, the impetus to succeed has changed. When they gain their majority, child prodigies often find that they are no longer ahead of the pack, but may be just in the middle, and have to be able to change how they work. What was easy now requires more work, and many may not have ever developed the discipline to push forward. In a sense, the child prodigy has to reinvent himself as a new kind of performer once he’s no longer a child.

So let’s appreciate the prodigies we meet, and stop anticipating what they’ll do next in music: it may not be all that straightforward.