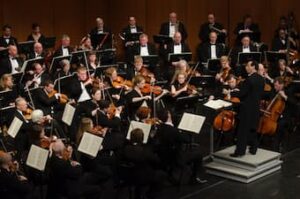 If one had to name, from the top of the mind, what the most well-known instruments are, the result would probably be the following: the piano, the guitar and the violin.
I have already written about how the piano and the guitar could be considered as the parents of music — in my article Piano, Guitar: The Co-Parents of Music. When it comes to the violin, no instrument has surpassed its lyrical qualities and the depth of emotions it has created throughout the centuries. Out of the podium, then would probably come the saxophone or the trumpet, the flute, then the drum, and then the rest…

Why is it that some instruments are more famous, used and recognised than others. What is it that makes the piano, the guitar and the violin some of the leaders of the instrumental team? Why is there such a thing as instrumental discrimination? 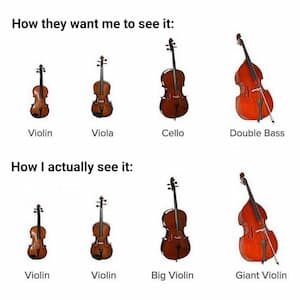 First, it is quite often a matter of education. Instruments being unknown, misunderstood or physically mistaken for others… The violin is often confused with the slightly larger violin (the viola), the big one (the cello) or the huge violin (the contrabass). The guitar sees a similar treatment with the bass guitar, the mandolin, the ukulele etc. When it comes to the piano, everything which has a keyboard is often taken for a piano, regardless of its sound or its actual nature…

It is not only about the looks, but the sound too. More often than others, it is the cello which is mistaken for the violin — and this most probably to its lyrical qualities placing it at the forefront of the orchestra quite regularly.

Some instruments have natural limitations — whether it is in their range, their capacity at producing sound, their practicality — or the nature of their sound appears particular — the mouth harp, or jew harp, for instance, is an instrument that despite its great success in Spaghetti Westerns (one can only think of Morricone’s music), cannot make it past the effect instrument. Its playability is also limited and so is its dynamic range. Similar instruments include many of the percussion instruments.

Some instruments seem to be genre dependent; the percussion for instance are rarely at the forefront of classical music, but when it comes to jazz or popular music they are an essential part of the music. In African music, drums are essential and constitute the main group of instruments. This is quite the same when it comes to music from South East Asia — the Javanese gamelan for instance.

Then there are instruments which go out of fashion; like the harpsichord or the clavichord, and which are today only limited to period instruments or to the best used for the specificity of their sound – in pop music and during the 1960s, the harpsichord was essential in the works of Aphrodite’s Child or The Moody Blues in order to carry a Baroque’n’Pop element. 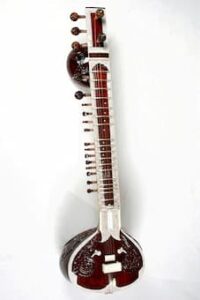 The instrumental discrimination is also culture oriented; in Indian music for instance, it is the sitar, percussions and the violin which take over the majority of musical ensembles and there is very little space for the piano, a foreign instrument which is almost irrelevant to the Indian music system. One would not conceive European music without the existence of the piano.

While electric and electronic instruments have taken over the world of popular music, they are still quite rare in classical orchestras, and it might take another few decades before the mutation of the orchestra is done and they are fully integrated — if that ever happens.


Here are a few of the less well-known instruments which have nevertheless had a tremendous impact on the repertoire of classical music. Of course one can only think of Mozart when it comes to the clarinet — from its quintet to its concerto! Dragonetti composed a fantastic concerto for double bass, and since the jew harp has been mentioned earlier, it is worth talking about Albrechtsberger’s concerto for this quite peculiar instrument.


At the times of Bach and baroque music, there was a lot more diversity and equality between instruments, and all had a chance to shine at one point or the other — his Brandenburg Concertos are a testimony of it.

The American schooling system has one great advantage in the way it benefits orchestral development. Students are offered to learn and develop their instrumental skills in a diversity of instruments. In Europe, on the contrary, most schools focus their musical education on practicality – students are offered to learn one common instrument, and very often the most portable, such as the flute. Instrumental discrimination is a fact, let’s fight against it!