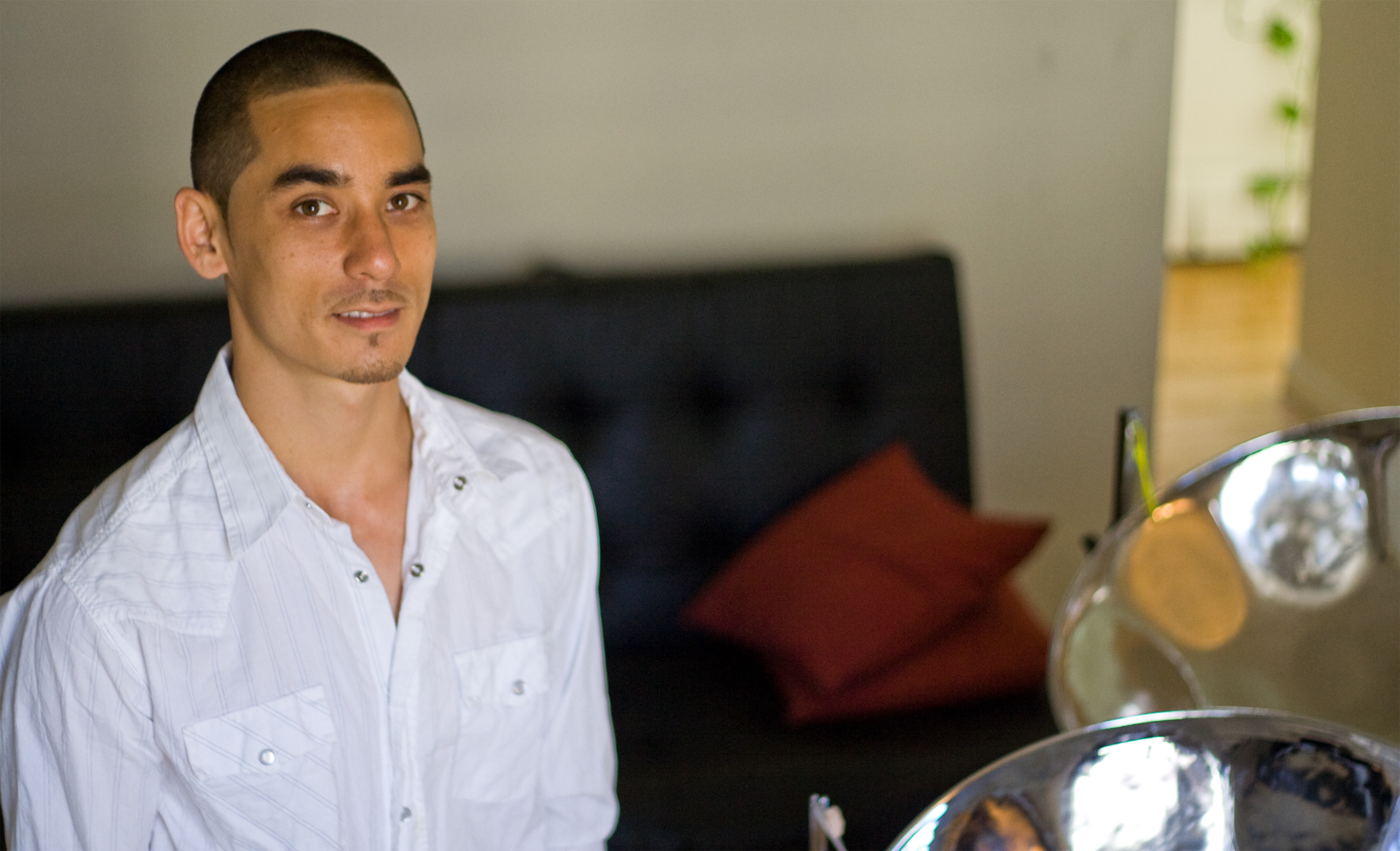 Composer Andy Akiho did not grow up with classical music training. If you had asked him what a string quartet was a few years ago, “I would have told you violin, viola, cello and bass. I wouldn’t have known it was two violins, viola and cello,” he said. “If I told people I wrote a piano trio, most people I grew up with would think: piano, bass and drums – because that’s the jazz piano trio.”

Akiho grew up playing percussion instruments, everything from marimba, vibraphone, South African drumming to steel pans, which he has focused on for the past fifteen years. Surrounded by jazz players and influenced by rock and calypso, it was only in the past five, six years that he really got to know Bach and Beethoven.

In 2007, Akiho was obtaining a master degree in contemporary percussion at the Manhattan School of Music. During that time he began composing more often, but it wasn’t until 2009, when he got into Yale for composition did he officially call himself a composer.

“It’s not an exact thing though,” he emphasized. “I’m not always 100% a composer nor am I always 50% a performer. It depends on the situation. More recently, I do feel more like a composer for sure but it’s all fairly recent.”

What he is 100% sure about, is that the steel pan is the reason he got into composition.

“A lot of composers grew up playing piano, violin or guitar, but I grew up with percussion. I grew up inventing sound,” he said. “So when I got into steel pans, I really got into jazz. I started transcribing, and doing improvisations a lot.”

In the beginning, Akiho was only transcribing his favorite solos, bits and pieces by John Coltrane, Charlie Parker and Miles Davis, to play on his melodic steel pan. Later, he started doing improvisation, playing freely on the pan and making up his own jazz solos.

“Those things would end up as compositions,” he recalled. “I would go to the pan and play those things over again. Improvising is like composing in real time. I ended up slowing down the [improvisation] process more and more and that’s how my first pieces came to be.” 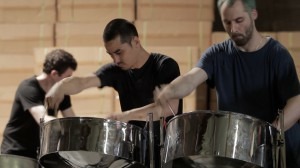 Akiho will be in Hong Kong this April to participate in the Intimacy of Creativity, a programme founded by Chinese-American composer Bright Sheng and hosted at the Hong Kong University of Science and Technology. The two-week workshop aims to bring together internationally acclaimed performers and up-and-coming composers to discuss their music works. Akiho, along with five other Composer Fellows, will bring their compositions to the table and rework them with the performers.

Establishing a close relationship with his performers serve a dual purpose, first, to get to know the performer, and second, to get to know the instrument they’re playing. An example of this was when Akiho worked with cellist Mariel Roberts on one of his very first compositions, a piece titled 21, for steel pans and cello.

“We would just sit there and play this idea over and over, and I would start writing through that,” he said. “It was one of the first pieces I wrote as a composer, and it was the first piece that I wrote for a string instrument. So for me, I learnt a lot about the cello from Mariel practicing with me, more than I would ever learn from a book.”

“It was a real learning experience, to learn a string instrument and to learn composing for other performers,” he said.

The piece that Akiho is bringing to the Intimacy of Creativity this year is Five Movements for Piano Trio, which he wrote for the Aspen Summer Music Festival in 2011. The piano is prepared with two dimes inserted between the strings of the middle octave pitches, D-sharp and E, creating a ‘bell-like sonority.’

“I love altering sounds and I love having a variety in timbre within one instrument,” explained Akiho. “When I prepare the piano, I usually don’t go crazy. I usually keep the identity of the piano but introduce new timbres.”

His goal for the piece was to create a challenge not only for himself, but also for the performers. The violinist and cellist have to execute a number of extended techniques, including snap pizzicatos, scratch tones and glissandos, and at one point, the pianist has to play on the piano strings with credit cards.

“I’ve never written for a string quartet, or any ensemble that has a 200-year history,” said Akiho. “I purposefully limited myself to writing for a traditional instrumentation. I wanted to see how I could bring my own voice into that.”

“I started coming up with a whole bunch of ideas and it inspired me to write a multi-movement piece, where each movement has its own vibe, and also challenged me to live in the classical world, a world that I wasn’t used to,” he said.

While the whole work is in five movements, this performance will only feature II. Passacaglia, and V. Finale. Akiho is particularly keen on working on the last movement of his work, saying that he is looking forward to “making it a really solid piece.”

“I have actually revised it [previously] and I could use some more revisions,” he said. “It’s a combination of the four previous movements and I feel like it could be even stronger. This is a great experience to go to Hong Kong and get more feedback.”

Open discussions of Akiho’s Five Movements for Piano Trio will be held at the Hong Kong University of Science and Technology from 21-25 April 2014. The reworked piece will be premiered on 27 April 2014 at the Hong Kong City Hall Theatre.