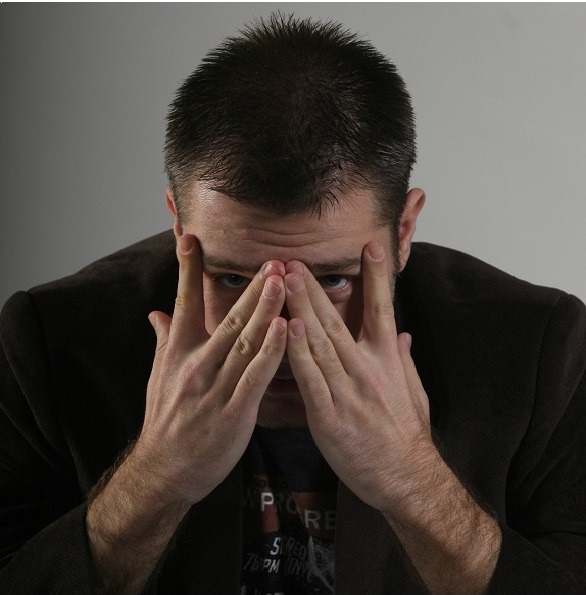 “If we look back at the Great Masters they were all like Swiss Army knives,” said Vasiljevic. “They were all-in-one: they played many instruments, they composed, conducted, improvised.”

In one sentence, the Serbian composer perfectly summed up the inspiration behind the Intimacy of Creativity, founded in 2011 by Chinese-American composer Bright Sheng to encourage contemporary composer-performer collaboration and musical dialogue.

Traditionally, it was said that famous composers, including Beethoven, were well-known virtuoso performers who would relentlessly hold “try-outs” for their new compositions, subjecting their pieces for scrutiny of friends and other musicians, before its first public performance, but this practice gradually lost its place in the classical world.

Sheng and this year’s Composer Fellows, including Vasiljevic, will be bringing their compositions to the table, reworking and rehearsing the pieces with renowned performers like Gary Hoffman, Ye Xiaogang, Derek Bermel and Dan Zhu, before premiering their newly adjusted pieces in Hong Kong at the end of the month.

Vasiljevic called rehearsals “the moment of truth.” “These real life experiences are the best school,” he said. “There you can see if your piece is working or not.”

“Usually, I try to finish my part of the work on my own and then if I have any doubts I ask performers for practical advices. Critique is always welcomed, especially if it is constructive and well argued, since players are the ones spending a lot of time practicing, they know your work well.”

The piece that was chosen for the Intimacy of Creativity was Music for Three Musicians, a work from Vasiljevic’s student days in 2009.

“It is very important to me because it was the first time that I started to feel sparks of something that I could call ‘my style’,” he said.

Naming his compositions was almost always the hardest part, he adds, but for this particular piece, the name came naturally.

“The ‘three musicians’ actually represent my different personalities – the first one is the classical one, rational and intuitive, where I explore my introverted worlds; the second one is an extroverted Cuban player and dancer; the third one is about a quest into folk music,” he explained. “It is a reunion of different styles.” 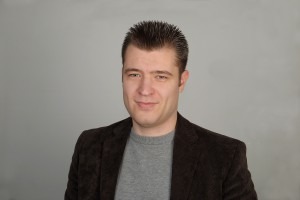 It is exactly all these different styles that make Vasiljevic’s music so unique – he plays in a Cuban band ‘Salsa y Punto’, specializing in Afro-Carribean music, he got in touch with Arabic music after living in Egypt, and he delves into his ethnic Serbian roots.

In fact, it was his interest in Arabic folklore that brought him to his own roots.

“My Egyptian journey started as something that had nothing to do with music but in the end made a big impact on me both musically and spiritually,” he said.

He went to Egypt to become a diving instructor in the Red Sea, where swimming with sharks was one of his biggest dreams, but the magnificent underwater world wasn’t the only thing he discovered.

“Besides diving, I was swept away with Arabic traditional music and language, which I tried to learn. Surprisingly, my interest in Arabic folklore helped me realize the affinity that I had for my own Serbian heritage and that of the whole Balkan Peninsula,” he said.

One of his pieces was inspired by a movie called “The Shutka Book of Records”, which was about a Gypsy village in Macedonia and allowed him to explore ways of using Arabic music from his own point of view.

Vasiljevic didn’t always want to be a composer. His calling didn’t come until around the age of eleven, when he felt a strange and sudden need for music.

“Before, I wanted to be a marine biologist, herpetologist, or a veterinarian,” he said, which explains his fascination with sharks and his stint in Egypt as a diving instructor. To this day, his two biggest passions are “art in all its manifestations and animals.”

But once he started playing the piano and tried his hand at composing, he didn’t have any doubts about embarking on a musical career. He studied theory and piano in high school and got his Master degree in composition at the Belgrade Academy of Music.

Vasiljevic trained to be both a composer and a pianist until a tendon injury forced him to abandon vigorous practice and focus more instead on theory and composition. While he does not play professionally anymore, the piano remains a huge part of his music career, where it is both a tool for composing, and to absorb the music of other people.

He recognizes that a performer’s input is just as important as the composer’s creation, stating that music scores “are not such a precise ‘user guide’.”

“If you, for example, compare the interpretations of Bach’s ‘The Well-Tempered Clavier’ by Sviatoslav Richter and Glenn Gould, you can see how the same work sounds completely different,” he said. There is no such thing as an “ideal model of [a] piece.”

And with this attitude, plus a whole lot of excitement for Hong Kong, a city he has never visited, Vasiljevic will be joining the Intimacy of Creativity this month. Already, he is fascinated with the complex tones of the Cantonese dialect and Chinese opera.

“It’s wonderful that some people are investing a lot of time and energy for an event dedicated to contemporary music,” he said. “I am very curious to see if new creative moments will arise in my music after this experience.”

Vasiljevic’s Music for Three Musicians will be premiered on April 27, 2014 at the Hong Kong City Hall Theatre.