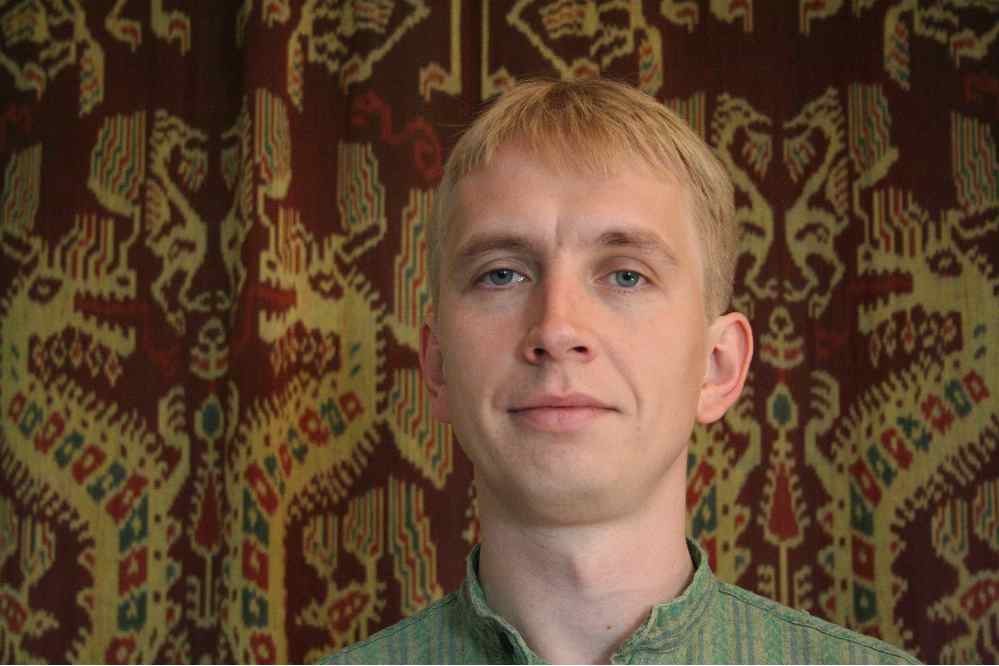 This week, we talk to Ilari Kaila, one of the six Composer Fellows, about his IC piece, Kellojen Kumarrus (The Bells Bow Down), and his musical career, in the lead up to one of Hong Kong’s most exciting events.

When did you first hear about the IC?

I heard about the project two years back and immediately applied. This was my second try. Everything about the program is inspiring. The artists we get to work with are outstanding, and I fully agree with the philosophy, on the importance of close collaboration between performers and composers. And, equally importantly, regarding the need to dedicate enough time for rehearsing a new work. Too often concerts are more about survival than about crafting the best possible performance. Especially with orchestras–you have two rehearsals, a dress rehearsal, and usually, if all goes well, the first successful run of your piece happens in front of the audience.

How important do you think being an active performer is in order to be a good composer?

I’d say that even more important than performing publicly is the ability to play an instrument on a professional level. Not to say that I want to claim there’s any one-size-fits-all description of what a composer should be like. But contemporary music often tends to be pretty abstract and alienated, and part of it has to do with this issue – composers lacking an understanding of the difference between punching notes into the computer versus real human beings expressing something with their instruments.

When did you realize you wanted to become a composer?

Ever since taking my very first piano lessons, I was always more interested in searching for interesting chords or new sounds on the instrument than practicing my homework. I vividly remember coming up with a chord progression that I was totally mesmerized by. The feeling back then was similar to what it still is these days–of making a discovery, rather than constructing something.

I started learning the piano at age 9, and like many kids, in my teens I stopped taking lessons. When I realized I wanted to be a composer, I was 17. Back then, arts universities in Finland still had a rule that, under certain circumstances and at the discretion of the entrance exam committee, an applicant could be accepted even without a high school diploma. So I dropped out of high school to concentrate on music, with the hope that I’d eventually get into the Sibelius Academy. At 19, I applied to the composition department there and was accepted. So luckily, taking the gamble paid off. 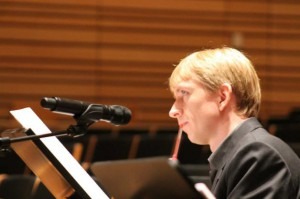 How do you find inspiration for your compositions?

I spend countless hours improvising on the piano. At some point, there’s a discovery of something striking, often a harmonic idea. And you keep exploring it at the piano or with pencil and paper, or both, listening to it, trying to figure out what it wants to do, how it wants to develop, what kind of form it suggests. And you kind of spin out the music from there. There are very contrasting phases in the process. When I’m systematically fleshing out or exploring the material, I sometimes like to sit in a coffee shop, and don’t mind people chattering around me or music blaring in the background.

Your piece – Kellojen Kumarrus (The Bells Bow Down) is dedicated to Hanna Sarvala. Who is Hanna?

Hanna was a wonderful pianist and a friend of mine, a kind, creative and eccentric person. We were part of the same very tightly knit group of friends studying at the Sibelius Academy. She passed away in a tragic accident in 2004. We held a concert in her memory. That prompted the impulse to write a piece in her memory.

Will it be hard to change a piece of music because it is so personal?

I hope to never write music that doesn’t feel personal. Any changes have to be true to the essence of the piece, of course, and make it stronger. But there are elements to Kellojen Kumarrus that I think lend themselves particularly well to being explored from new angles. For one, it already exists in two incarnations, the other being a concerto for piano and symphony orchestra. Its quasi-improvisatory cadenza gives the performers a lot of scope to try out new things. That passage has, in fact, been played in totally different ways by different players, and I look forward to trying something even more open-ended there.

What can audiences expect to hear from the piece?

I’ve never been able to write program notes because I have a hard time answering this question. Everyone will hear something different. I’m hesitant to influence their experience with words.