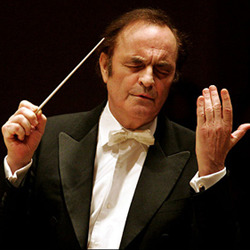 When I heard that Charles Dutoit is performing at the Guangzhou Opera House in July, a wave of nostalgia swept over me – I decided to reminisce about my summer at the Canton International Summer Music Academy in Guangzhou, seven years ago. It was a week in heaven. My day started with having breakfast with Charles Dutoit and the Capuçon brothers, attending Chantal Juillet’s masterclass, listening to Martha Argerich and Yefim Bronfman practicing at the piano, and ended with a most delightful concert. I was surrounded by stars and music.

One afternoon, I joined Charles Dutoit for a cup of tea in the café at the Butterfly Valley. Though very casual in appearance, wearing peach trousers and short sleeves T-shirt, he had such an air of dignity and charm that you could almost imagine him being a Musketeer in Alexander Dumas’s novel. Dutoit liked to make you laugh with his witty jokes, but as soon as you asked him about music, he immediately changed from a relaxed manner to a rather serious face. He told me that discipline was the key to achieve the highest standard, and that training in chamber music was crucial for orchestral players as it would help them to listen. I also remembered that Dutoit liked to quantify the unquantifiable. It might be because he studied mathematics at university. At one point in life, he wanted to become an engineer, but music chose him. Having benefited from a broad education, he emphasized the significance of taking time to learn and to acquire a vast knowledge in culture as everything was related. By the time we finished our tea, it was already sunset. 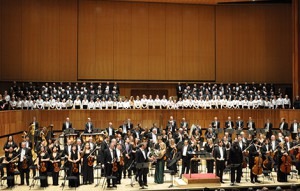 Charles Dutoit, now in his seventies, is eager to pass his knowledge and experience to the next generation. This time, he comes to Guangzhou with the 26 year-old pianist Yuja Wang, who is regarded as the young Martha Argerich, with her fiery temperament and flawless technique. ‘I have known Yuja since she was 16 years-old. Her teacher, Gary Graffman asked me to audition her,’ as he told the press, ‘it was unbelievable. I found her to be such a rare talent: not only with incredible technical ability, but most importantly, with great musical sensitivity. She moved me with her playing in a very deep way. Having seen her grow into such an amazing artist and woman, I am therefore very happy to have her as the soloist on this tour with the Royal Philharmonic Orchestra.’

Dutoit spent 25 years polishing the Montreal Symphony Orchestra to its highest standard. Since 2009, he has embarked on another exciting journey with the Royal Philharmonic Orchestra as its Principal Conductor and Artistic Director. ‘This is a great joy for me, as I have always admired this orchestra, founded by Sir Thomas Beecham in 1946 and commissioner of many great masterpieces of the 20th century.’ Dutoit, himself is also famous for his interpretations of French and Russian music in the 20th century. ‘For these reasons, I have always felt a strong connection to this particular orchestra. I have conducted an enormous amount of concerts with them, both in London and on tours. It is an extremely sensitive and versatile ensemble.’

Apart from the chamber music quality, Dutoit talked about the sound of an orchestra being very important to him. ‘Sound corresponds to the style of music one plays and demonstrates the versatility of an orchestra. French repertoire requires an evanescent outlook, very magical and colorful. German repertoire needs a different sound: more presence and more substantial. I have explored all kinds of repertoire with the RPO and I have found them to have a special affinity to many styles. This is why we are able to offer such different programming during touring, making the experience interesting and varied for both the orchestra players and the audiences.’ 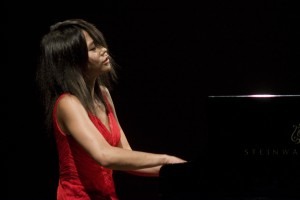 Like seven years ago, Dutoit talked of the significance of a general education. ‘When I was young, we were encouraged to study not only the musical notes, but also to research on the life of the composer, the socio-political context in which a work was written, and to assimilate all of these components into our studies. This was handed down to me by my mentors. I feel it is important for me to share and to transmit my own experiences and ways of working. Concerning the young generation of musicians, I find them extremely talented and eager to learn. In fact, I am amazed to see how they absorb repertoire at an extraordinary speed. By sharing, I feel we maintain a connection between the generations.’

Wrinkles might have been engraved on Dutoit’s forehead, but definitely not on his heart; time might have flown, but certain memory stays. As I am writing this article, I am staring at the rain, sipping a cup of tea, and wondering when fate will bring me to another brief encounter with Charles Dutoit.