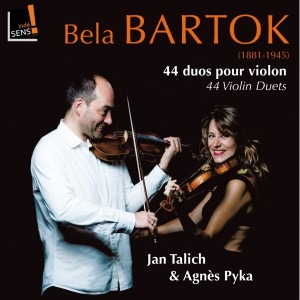 Béla Bartók did not intend this work to be played in performances, but rather to be useful as a work for young students. The work was commissioned by Erich Dorfein, a German violinist and teacher, for he asked if Béla would arrange some of the pieces from the For Children series. He composed other works in this period that were meant to be pedagogical, such as Mikrokosmos. This intention for educative works was exploited by the fact that he was a teacher himself, then he chose to write works for his pupils to play. Nevertheless, all songs and dances included in this series are based on folk music from many Eastern Europe countries, but harmonic and rhythmic freedom is evident throughout the whole piece.