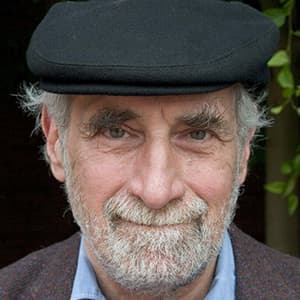 Frederic Rzewski passed away at his house in Montiano, Italy, on June 26, 2021. He was 83. This renowned American composer and performer exposed another spectrum of music to the world over his 60-year career.

Rzewski was the son of two pharmacists. He began playing the piano when he was only three years old, and he began to explore the world of composition soon after. He studied with many famous composers, including Randall Thompson and Walter Piston, when he studied at Harvard University, and avant-garde composers Roger Sessions and Milton Babbitt when he earned a master’s degree at Princeton University. He obtained a Fulbright Fellowship, and he flew to Italy and worked with renowned composer Luigi Dallapiccola. There he founded Musica Elettronica Viva (MEV), a well-known electronic and experimental ensemble. Other founding members include Alvin Curran and Richard Teitelbaum.

In 1971, he returned to the United States and stayed in New York for a brief period. That same year, a riot broke out at the Attica Correctional Facility in upstate New York. At least 43 people, including 33 prisoners, died in this riot. Rzewski wrote Coming Together (1971) after this uprising. He used the text from a letter written by Sam Melville, an Attica inmate who later died in the violence. 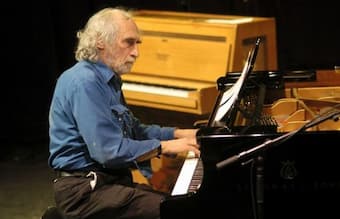 Much of Rzewski’s music is inspired by socio-historical and political events, such as one of his best-known pieces, The People United Will Never Be Defeated! (1975). The theme of this work was based on a Chilean song with the same title. Composed by Sergio Ortega with text written by Quilapayún and recorded in 1970, the song was a protest song of the Nueva canción chilena movement. The catchy theme soon became popular and has been used and rearranged for other protest songs worldwide. In Rzewski’s The People United Will Never Be Defeated!, he rearranged the song into a theme and 36 short variations for piano. This piece is over an hour long. This work mixes styles from 19th-century romanticism to extended 20th-century techniques. It is a challenging work for the pianist. Extended techniques such as whistling and slamming the piano lid are written in this piece. He completed this work in October 1975 as a memorial to the struggle of Chilean people under the repressive regime of Augusto Pinochet. Rzewski dedicated the composition to American pianist Ursula Oppens. She premiered the work at the John F Kennedy Center for the Performing Arts Concert Hall in 1976.

Besides the influences from his avant-garde teachers, he was inspired by John Cage (1912-1992). Shortly after Cage passed away, Rzewski wrote A Life, dedicated to the memory of Cage. This work is 4 minutes and 33 seconds long.

In 1979, Rzewski wrote a set of four North American Ballads. Pianist Paul Jacobs commissioned this collection, and the music was inspired by the contrapuntal writing in J.S. Bach’s Chorale Preludes. The third piece of the set, Down by the Riverside, is based on the spirituals of the same name, and was used as an anti-war protest song, especially during the Vietnam War.

Winnsboro Cotton Mill Blues is the last piece of the set, and it is based on a traditional blues song in Winnsboro, North Carolina, in the 1930s. It describes the poor working environment of the textile workers and the noise of machines in a southern textile mill. This work was later arranged for two pianos.

De Profundis is a melodramatic oratorio for solo pianist. The work requires the pianist to recite the letters written by Oscar Wilde to Lord Alfred Douglas. Oscar Wilde wrote these letters during his imprisonment in Reading Gaol, England. Throughout the 30-minute long performance, the pianist has to incorporate the piano playing with singing, speaking, whistling, and making percussive sounds. 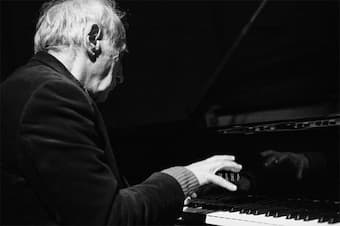 Rzewski was not only a composer, but he was also a brilliant pianist. Nicolas Slonimsky described Rzewski as “…a granitically overpowering piano technician, capable of depositing huge boulders of sonoristic material across the keyboard without wrecking the instrument.” When he was twenty-four years old, he premiered the immensely demanding Klavierstück X by Karlheinz Stockhausen. Rzewski often premiered his own works, such as the Mozart-esque Piano Concerto, which was premiered in the 50th BBC Prom on August 19, 2013.

Rzewski spent most of his life in Europe, where, since 1977, he was a professor of composition at the Royal Conservatory in Liege. His compositions include orchestral, vocal, and chamber music, as well as many piano pieces. His music was experimental, and so was his progressive thinking, which included making all his music available for free online. Unfortunately, much of his works has yet to be performed. Hopefully, we can hear more of his works soon.