Blog
If You Were on the Jury, Whom Would You Choose as Winner of the 18th Chopin Piano Competition?
by Ellen Wong Tso October 29th, 2021 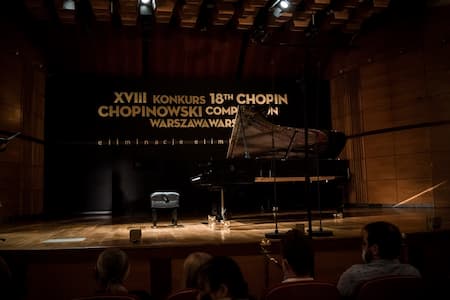 This was the most frequently posed question among my friends and colleagues at the conclusion of the Chopin Piano Competition in 2021. I suspect that it did not come from those who approved of the jury’s official verdict, but probably from those who were doubtful, disillusioned, disenchanted or worse – disgruntled. Just like every issue in the news, be it concerning health, environment, economy, or politics, our society has become so divisive that controversial opinions permeate all forms of social media, very much equivalent to turkeys flying wildly in a hurricane. At this competition, comments were publicized alongside the online streaming of performances, and everybody had an opinion, whether he or she possessed the qualification, experience, knowledge or facts as back up or not, resulting in acute polarization. It was all very chaotic and confusing. Classical music used to be criticized for its exclusivity and elitism, but now it is populism at play. For a reputable competition like Chopin, should it make artistry and meritocracy its priority or popularity and marketability? Should it be loyal to its historic traditions or should it succumb to the latest rave of the masses? 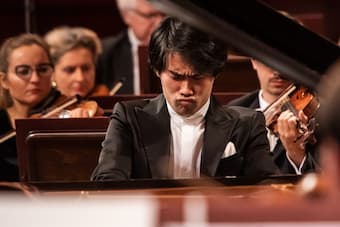 Firstly, the 18th Chopin Competition in 2021 was live-streamed online to millions of viewers worldwide. Its extensive exposure was unprecedented – arousing the interest of a record breaking number of audiences from assorted backgrounds in numerous countries, much more than in past competitions, which limited the audience to those attending in person. I was clearly amazed how I could enjoy instant digital transmission, with several closeup cameras focused on facial expressions, arm, hand and finger movements, accompanied by all kinds of expressive gestures. When in doubt, I could readily repeat the videos as often as I desired. Such close scrutiny must be very daunting for the competitors. However, the effect cannot replicate real life experience (not even close) as I was present in Warsaw at the 2010 Chopin Competition, and I much preferred the ambiance and acoustical effects in the actual concert hall. 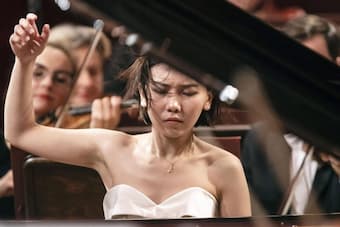 This is one of the world’s most prestigious competitions, with a lot at stake, so the crucial decision of who did the best still lies solely with the highly qualified jury. Fortunately, jury members were selected for their expertise and professionalism. All of them were Chopin specialists – past winners and laureates from previous Chopin Competitions, as well as venerable scholars and historians. Nonetheless, I suspect that the jury might not be totally in agreement with each other this time (or every time, for that matter), resulting in polarization of their priorities. There were interviews with judges who insisted that this was a strictly “Chopin” competition (featuring exclusively his repertoire), therefore, Chopin’s personality should be respected and his performance practice should be adhered to, first and foremost. Simultaneously I also witnessed interviews whereby judges argued that in order to entice the public, performers’ display of their own personalities should be encouraged, and so, lavish spectacle and virtuosity should be at the forefront. Strangely enough, this was the first time that I heard jurors compliment certain high profile pianists profusely for their charisma rather than their artistry. I agree that academia and stage presence are both vital, but should we prefer style over substance, or sacrifice authenticity for the sake of marketability? Perhaps divisive opinions prompted the decision to reward first prize to the contestant who attracted the mildest opposition from dissenting jury members, and who was least extreme in his convictions – a “middle of the road” approach? Unfortunately, those who were innovative in their interpretive ideas, and those delivering brilliant but original alternatives to Chopin’s familiar repertoire were downplayed. 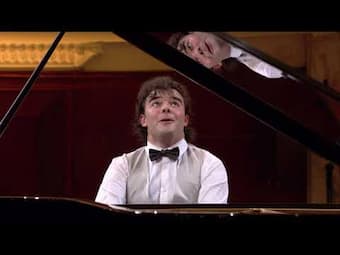 Secondly, the level of accomplishments attained by these participants was exceptionally high, so as a consequence, the competition was brutally fierce. Of the 164 preliminary contestants, 87 were admitted to the 1st stage in Warsaw, 45 competed to be in the 2nd stage, 24 in the 3rd stage, and 12 in the final stage, all battling for the top 6 awards. Honestly, I could comfortably denote most performances in the finals as outstanding (dare I say, flawless), ranging from technical excellence to musical mastery. Moreover, most candidates were in their early 20s in age, with 3 finalists at the minimum age of 17, all manifesting immense stamina, not just physically, but mentally and emotionally. I would boldly describe them as phenomenal talents who had undergone superlative training. In my personal opinion, any one of the top prize winners – Martin Garcia Garcia (3rd prize), Kyohei Sorita (2nd prize), Alexander Gadjiev (2nd prize) could warrant the first prize besides Bruce (Xiaoyu) Liu, the winner. Here are my observations:

1. Martin Garcia Garcia (Spain) – Watching Garcia Garcia perform Concerto #2 in the finals was most gratifying. He was by far the most electrifying and stunning Chopin interpreter I have ever encountered! His range of colour and wealth of ideas (as well as his unobtrusive mumbling while playing) were truly astounding! Just when I found myself in awe, there was a surprising element happening around the corner – never a dull moment! He definitively deserved the concerto prize. His love affair with the piano (and music) can only be surpassed by Glenn Gould!

2. Kyohei Sorita (Japan) – Sorita embodies the concept of “wow factor”! He is quintessentially a showman – savvy, confident, creative, distinctive, and individualistic. He demonstrated in the concerto finals that he was in charge, not just of Chopin but the orchestra and the audience at large. I think he is destined to be a comprehensive musician – be it a classical or jazz pianist, orchestral conductor, recording artist or music producer. What I noticed in the 1st movement of Concerto #1, was the fact that he projected a lot of the inner voices that were rarely audible in other renditions of this work. It was as if his thumbs in both hands were conversing with each other – very refreshing! There were even some hints of jazzy rhythms infused into the runs too. Most old school practitioners might not appreciate his creative and “modern” approach. However, he had enormous support from social media, which reflected the musical taste of the younger generation.

3. Alexander Gadjiev (Italy/ Slovenia) – Gadjiev speaks music as if it is his mother tongue. His interpretation of the Ballade #4 was most convincing – eloquent and flowing compared to all other participants’ versions. He alluded to an analytical and sophisticated approach to Chopin’s music (validated by winning the sonata prize) but still maintained spontaneity and lyricism reflective of the composer’s style. Chopin would have approved. I think Gadjiev will have a long and fruitful career as a concert pianist and educator.

4. Bruce (Xiaoyu) Liu (Canada) – It took me a while to appreciate Bruce Liu’s achievement in this 18th Chopin Competition. Initially I found him more charismatic than substantial, more flamboyant than profound, and less proficient in his command of tonal control at the piano. However, he is endowed with good looks, charm, ample talent and spectacular technique, coupled with a sharp mind and a humble persona – attributes collectively contributing to his own brand of stardom. He will make an ideal ambassador for the Chopin Competition, especially when he is from a passive, peace-loving country, is an offspring of immigrants, epitomizes style and elegance, and basks in popularity in the most populated country in the world – China. The jury obviously had given this choice some very serious consideration, and he was able to check all the boxes.

For myself, even though I was impressed with all 12 finalists and several “unsung heroes” whom I was touched by (in the earlier stages), the one pianist whom I would invest money and time to attend her future recitals was Aimi Kobayashi (4th prize). For her, music is a serious commitment. Her 24 Preludes held me captive for the entire duration, as if my heartbeat had stopped. Her timing was perfect, tonal colours were exquisite, and her reserved and subtle manner revealed the depth of her spirituality. She took me on an emotional journey through Chopin’s pain, desperation and anguish, interspersed with momentary elation! Brava!

Somehow, in today’s competitive world, with its focus on glamour and glory, it has undermined the compassion of melancholy, the humanity of forlornness, and the power of vulnerability. I am glad Aimi Kobayashi returned to the competition for the 3rd time to proudly broadcast her passionate messages, albeit through her delicate and magical whispers. 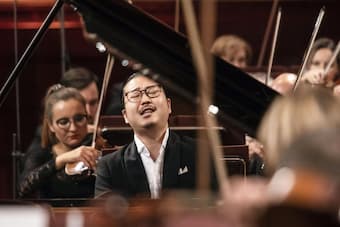 I remember in those days when I accompanied instrumentalists to audition for positions in orchestras, we played on stage behind very thick curtains and were identified by numbers rather than names. This anonymity ensured total objectivity in the selection process. After all, it is ultimately “the sound of music” and not anything else (including image) that counts. Without the help of cameras and visuals, choreography and theatrics, the candidate will be judged by how authentically Chopin is represented. This way, Bruce Liu would not attempt to vibrate his finger on the piano key (as if on a violin string) to enhance tonal quality.

Although I acknowledge that we all have to use practical means to strive for a successful and thriving career in the performing arts, it is still a struggle for me to compromise the purity of Chopin’s music. Maybe I will see the curtain appear on stage in some competition one day.