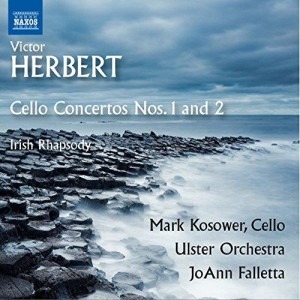 Irish-born Victor Herbert was one of the most celebrated names in American music in the late nineteenth and early twentieth centuries. A cellist, conductor, and composer of light operas, he was also a recording artist. His two Cello Concertos are full of graceful melodies, the First having a songlike slow movement and a spirited Polonaise finale that earned praise at its 1885 première in Stuttgart. The Second Concerto, scored for a large orchestra, is more tightly constructed than the First. It was hearing this work that inspired Herbert’s boss at the National Conservatory in New York, Antonin Dvořák, to write his own great B minor Cello Concerto.