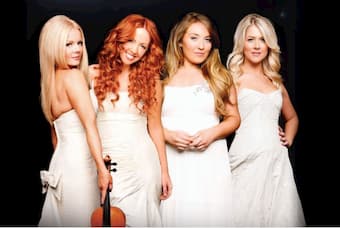 To say that 2020 was a difficult and complicated year is a massive understatement. Since Covid has taken away so many of our freedoms and our plans, it’s been downright depressing at times. I was really looking forward to visit the Beethoven birthplace of Bonn during the summer, but along with weddings, concerts, holiday trips or simple dinners with friends and family, it was all canceled. Maybe that is one reason why I am very much looking forward to say good riddance to 2020. Although we really can’t expect things to go back to normal at the stroke of midnight, we nevertheless look towards 2021 with a sense of renewed hope. In Hong Kong, and in much of the English-speaking world, we say goodbye to the old year by singing a traditional folk song set to the words of a Scots poem. “Auld Lang Syne,” best translated as “long, long ago,” or “days gone by” is a crowd favorite, although this year it better be a virtual crowd. The song has attracted a huge number of beautiful interpretations and arrangements from musical stars from times near and far. As we say good riddance to 2020 and hello to 2021, I have selected some of the best versions of “Auld Lang Syne,” starting with a beautifully rendered performance by the “Celtic Woman.” 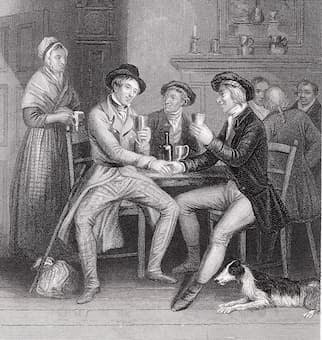 The poem has been ascribed to the Scottish Poet Robert Burns, and apparently it dates from 1788. Burns kept telling people that he did not actually compose the poem, but that he heard it from an old man and simply wrote it down.

George Thomson of Edinburgh started in 1792 to “collect all our best melodies and songs, and of obtaining accompaniments to them worthy of their merit.” The origin of the tune is still hotly debated, but even Ludwig van Beethoven composed an arrangement. Come to think of it, Beethoven also had some seriously bad years in his life. 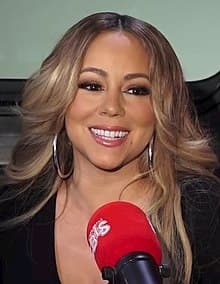 As of 2020, Mariah Carey is the best-selling female performer of all time. She is referred to as the “Songbird Supreme” because of her five-octave vocal range and a highly florid singing style that uses the whistle register. Carey has become famous for singing soulful ballads and hip-hop inspired dance pop, but interestingly, she has actually co-written almost all of her own material from the start. Carey hails from Huntington, New York and all four singles off her multi-platinum debut album recorded for Columbia in 1990 topped the Billboard Hot 100. For the holiday season, she co-wrote and co-produced one of the most famous Christmas songs in 1994. “All I Want for Christmas is You,” was a runaway international success, and by 2017 it reportedly earned her 60 million dollars in royalties. It came with two great music videos specifically commissioned for the song. Carey re-recorded the song for her second holiday album, “Merry Christmas II You” in 2010, and in a music video she also performed her stunning “Fireworks Version” of “Auld Lang Syne.” 2021, I simply can’t wait. 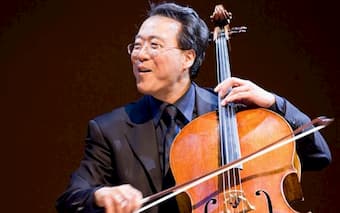 Yo-Yo Ma is probably one of the most iconic classical musicians today. Born in Paris and educated in New York City, he started his performing career at age 4, and he has never looked back. Performing on a Montagnana cello crafted in 1733, his recordings go far beyond the standard classical repertoire. He has recorded folk music from the US, traditional Chinese melodies, and tangos by Argentinian composer. Over twenty years ago, Yo-Yo gathered musicians from many corners of the world and formed the Silk Road Ensemble. It was an experiment based on inclusion, openness and curiosity.

In 2006, Yo-Yo Ma was awarded the United Nations Messenger of Peace award, and very fittingly, he fashioned a fitting arrangement. Yo-Yo plays the melody of “Dona nobis pacem” (Grant us Peace), while the trumpet simultaneously sounds the melody for “Auld Lang Syne.” I can’t think of a more beautiful and serene version to welcome 2021. 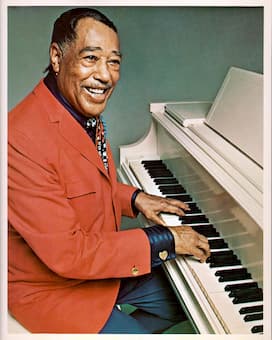 Duke Ellington (1899-1974) is Jazz Royalty. As a revered pianist and bandleader he is considered a pivotal figure in the history of jazz. For the renowned jazz orchestra carrying his name, Ellington wrote more than 1,000 compositions, one of the largest recorded personal jazz legacies. He recorded for most American record companies of his era, performed in several films, scoring several, and composed stage musicals. Due to his inventive use of the big band, and thanks to his eloquence and charisma, Ellington is generally considered to have elevated the perception of jazz to an art form on a par with other more traditional musical genres. Swing developed in Kansas City and the Harlem Section of New York in the early 1930’s, and the Duke was the undisputed King of Swing. His grooving version of “Auld Lang Syne” takes us back to the roaring 1920s. 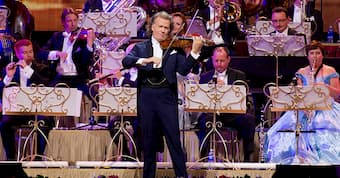 Talking about bandleaders, André Rieu has been at the head of the Johann Strauss Orchestra since 1987. The orchestra began with only twelve members, but has since grown into the largest private orchestra in the world. André Rieu has become a musical phenomenon, marketing himself as the true “King of Romance.” He single-handedly created a global revival for waltz music by staging spectacular extravaganzas. A good many of his passionate live shows attract more than 600.000 fans, and Rieu performs concerts “about joy and love.” He strongly believes that “we should make decisions in our lives with our heart, not our heads.” Rieu champions the waltzes of Johann Strauss, but he is also fascinated by music by Andrew Lloyd Weber and Bruce Springsteen. “We should stop limiting ourselves by categories and boundaries,” he explains, “not just in terms of music but in our lives in general.” For sure, Rieu has an incredible passion and charisma, beautifully expressed on his 1732 Stradivarius violin. His concerts are a perfect mix of thrilling, romantic, festive and emotional melodies, and his take on “Auld Lang Syne” is a sing-along version for sure. 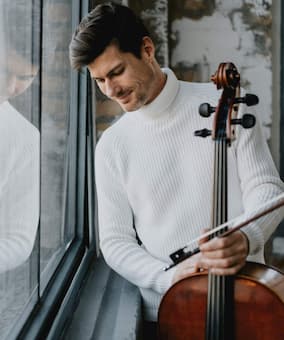 I don’t know if you have noticed, but we seem to be blessed with some seriously dishy cellists these days. And that includes the Hungary-based Felicián Kalmus, who has recorded everything from Pop and Rock albums to commercial music spots. Maybe you even recognize his name from a number of films or video games, for which he has contributed his soundtracks. Felicián started to take cello lessons at five, and he first appeared publically at the age of eight. After studies at the St. Stephen’s Conservatory and the Liszt Ferenc Academy of Music, he organized a concert tour to Switzerland performing a number of his own compositions. His programmes combine classical, pop, jazz, electronic and soundtracks, and he now almost exclusively works as a crossover cellist. Felicián is not only a wonderful cellist, as you can see in his video of “Auld Lang Syne,” but he also carries a degree in sound and video engineering. His highly visual version is seriously atmospheric, and it is sure to make your New Year’s sizzle. 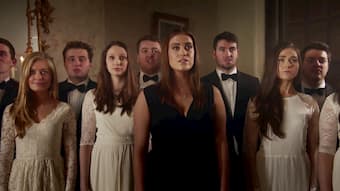 The University College Dublin was originally known as the Catholic University of Ireland. It subsequently became known as the Royal University and eventually became an autonomous university within the loose federal structure of the National University of Ireland. The city of Dublin has two cathedrals—Christ Church and St. Patrick, with musical traditions dating back to the Middle Ages. Both cathedrals have attached choir schools, and the resulting choral traditions are of a very high standard and of special educational importance. That choral tradition has clearly been passed on to the University College, and the Choral Scholars present a most serene and peaceful interpretation of “Auld Lang Syne.” 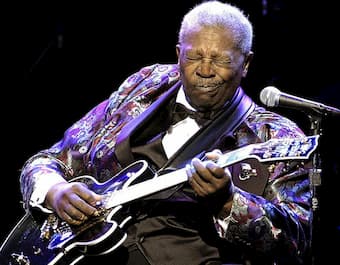 Recognized as “the single most important electric guitarist of the last half of the 20th century,” B.B. King (1925-2015) is called “The King of the Blues.” He introduced a sophisticated style of guitar solo, including shimmering vibrato and staccato picking that influenced an entire generation of blues electric guitar players. He called himself “Blues Boy,” and his early recordings reveal a distinctive mixture of jazz, swing, gospel and rhythm-and-blues styles. He was also among the most influential blues singers. It is said that he had the finest voice among blues singers, skillfully fusing speech and song. He became a leading figure on the urban blues scene with a large international and multi-racial following. For me personally, the music of B.B. King comes straight from the heart, and he continued to perform and record until the end of his life. I just love his bluesy version of “Auld Lang Syne.” 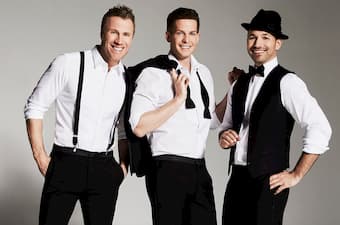 Isn’t it fascinating how different interpretations change the meaning of this simple song? Some performers look sentimentally backward to the year past, while other emphasize the beginning of a brand new year. I will leave you with a performance by “The Tenors,” which communicates a deep sense of contemplation. Probably, we can never fully go back to the way of life before Corona, and maybe we shouldn’t? But, this Corona pandemic can possibly lead to a new sense of beginning of how we see the world and how we see and relate to each other. So let’s say good riddance to 2020 and cheerfully welcome 2021. After all, hope springs eternally. I just have one question, which version do you like best?