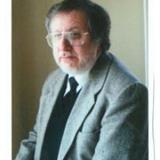 “Gethsemane/A Tone Picture” reflects on the atmosphere, struggles, anguish and final peace and determination Jesus found that night in the Garden of Gethsemane. While the music was initially instigated by some of the composer’s own inner struggles, the vision grew in the compositional process beyond that pain to the infinitely greater pain Jesus suffered both in the garden and at the cross.

Richard Cerchia (1950 – )
has been composing and arranging for over 35 years. He is a pianist, classical guitarist, vocalist, vocal coach and conductor. He has led various premiers of his own work over the years and has also directed musical theater. Among his other accomplishments, Rick is a writer and an actor.

I became acquainted with the music of Richard Cerchia in the late 1990’s as a college concert band director. I loved what I saw and heard and wanted my students and audiences to experience it. I commissioned an original piece for the Houghton College Symphonic Winds (Shabach) and an arrangement of contemporary songs to use on tour. I loved Richard’s use and command of a wide variety of structural and developmental devices, diversity of styles, beautiful melodies, and broad palette of harmonic and orchestration colors.

Gethsemane showcases these and many other qualities that make his music attractive and significant in my view. The work is subtitled “A Tone Picture” and it is intended to express the intense angst, struggle with darkness, and ultimate resoluteness of Jesus in the Garden of Gethsemane as described in the biblical accounts. This tripartite outline also constitutes the overall form of the work. From an analytic perspective, the piece is something akin to classical sonata form consisting of an “exposition,” “development,” and “recapitulation.” The first large section, the “exposition,” so-to-speak, is comprised of an introduction followed by the cello solo theme which is followed by a second thematic section presenting 16th-note melodic fragments passed around the orchestra. All of the thematic and motivic material is presented in the exposition including the primary “germ” motive – 8th notes rising and falling a major second – and the cello theme.

In the second large section, the “development,” we feel Christ’s battle with the forces of darkness. The first violins wrestle mightily with the second violins and violas using melodic material from the cello theme accompanied by a percussive primeval 7/8 rhythm pattern reminiscent of Igor Stravinsky’s Rite of Spring. The conflict continues to escalate in rhythmic and dynamic intensity to an abrupt stop. The soft period that follows recalls the 16th-note fragment theme and initiates the transition to the recapitulation. In this transition, we sense Christ coming to peace and resoluteness as the rumblings of conflict fade and the music becomes increasingly bright and “airy.” The strong dissonance melts into consonance and the texture thins through wider spacing in the orchestration and wider intervallic relationships. Finally, just before the return of the cello solo, the first violins play a light, high, floating melody over a thin accompaniment in the second violins and violas. Suddenly, the harmony shifts from D up to a sustained D# tonality. The effect is absolutely stunning. It is as if the sun suddenly breaks through the clouds and light bathes the world.

The recapitulation begins with a restating of the beginning phrases of the cello theme. The solo is briefly interrupted by a gentle, celebratory dance involving the cellos, violas and second violins. Richard’s mastery of contrapuntal writing is displayed vividly in this trio in which the cello melody is rephrased into 6/8 time. The cello solo returns once again and finally, the soft introduction returns quite literally. The cello closes the work with one last fading pitch.

I love this piece. The more I study it, the more amazed I am by Richard’s mastery of so many aspects, techniques and devices of composition. Give it a listen and I think you will want to listen again and again. If you do, I believe you too will be amazed.