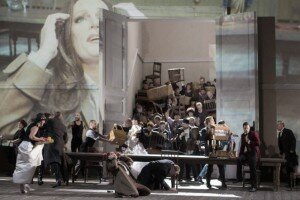 Giuseppe Verdi’s La Forza del Destino at the Royal Opera House was all about star appeal. With the irresistible double bill of Anna Netrebko and Jonas Kaufmann, the early performances were all hopelessly sold out, with tickets reportedly trading on the black market for over £3,000. The reviews of the star-studded feature were roundly ecstatic.

This correspondent attended the last performance which featured the B cast, with few superstars to distract from the production’s shortcomings. 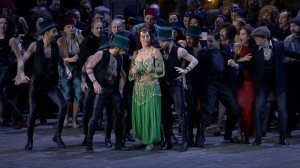 Celebrated German Director Christof Loy spearheaded this co-production with the Dutch National Opera, and delivered an interpretation that placed the action to a large extent in the same room where the forces of destiny are originally unleashed. The table from the Marquis of Calatrava’s dining room serves as a frequent reminder, making repeated appearances. The first two acts work well enough with this imagery rooted in Sevillian city living. But the third act, with the military camp set against a desolate Italian wartime countryside, results as clumsy and confusing. The monastery where Leonora chooses to live out her unhappy life looks distinctly un-monastic. And in the last act, which the libretto tells us plays in a “secluded cave among the rocks” where the heroine is living her life of penance, Loy brings us back to her father’s living room in Seville. The occasional screening of videos to replay the original tragedy add little to the tension and illustrate nothing we don’t already know. Loy’s direction failed to bring the convoluted story’s few interesting points to the fore: class and racism. 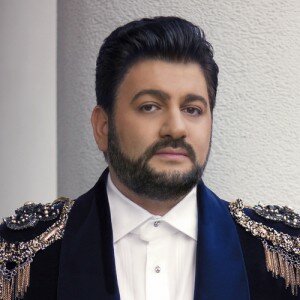 The costumes (sets and costumes Christian Schmidt) proved a particular challenge. Mostly grim Spanish 1930s period (or that’s what I’m guessing, there were too many styles to be certain), the gypsy Preziosilla appears at first in a contemporary and tightly tailored pink cocktail suit to match her shrill red hair, appearing later in dark and diaphanous red-light-district clothing, only to strut out shortly thereafter in a lime-green Turkish-style “I dream of Jeannie” outfit for her Rataplan, a bloodthirsty call to war should anyone forget what this showstopping number is about. 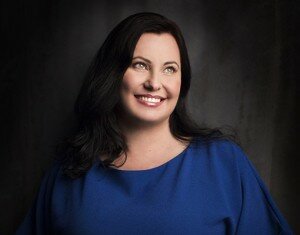 This second cast had plenty of first line talent. The often-underrated Yusif Eyvazov sang a thrilling Don Alvaro taking vocal risks only few tenors could safely attempt. His voice was powerful and startling in its attack, lyrical and soft in his pleading moments, and hugely musical and warm throughout. Even sans la Netrebko (his wife and frequent stage partner), this is a stand-alone tenor worth catching. 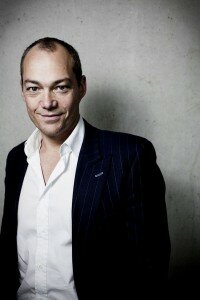 His Leonora was Liudmyla Monastyrska. It’s clearly a challenge to cast an alternative to Netrebko, but this Ukrainian powerhouse undeniably has the chops. Her enormous soprano is controlled and precise, and she also delivers some beautiful pianissimi. Unfortunately, she often rushes back to fortissimo, her obviously natural vocal habitat, sometimes robbing the music of its subtlety.

Christopher Maltman deployed his mellifluous baritone to great effect, though flubbing the entry to Son Pereda son ricco d’onore. He displayed professionalism, vocal mastery as well as convincing acting skills. Without doubt, Maltman is one of the finest Verdian exponents of the moment. 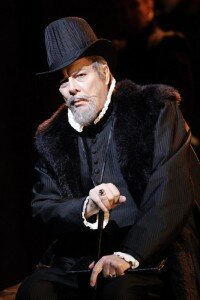 Ferruccio Furlanetto was an extremely luxurious casting as Padre Guardiano, covering both A and B performances. Not a spring chicken with a pedigree dating back to the Karajan era, this Italian basso oozes elegance, distinction and pure aural pleasure.

Jette Parker Young Artists’ Program member Aigul Akhmetshina was a technically secure and often exciting Preziosilla with a youthful and agile voice. Even more remarkably, this mezzo from Bashkortostan (it’s ok, I had to look that up as well; it’s in Russia) threw herself with gusto into the highly choreographed dance sequences, a mix of chorus line, belly dancing and burlesque. I don’t envy her A-cast colleague who needed to compete with the moves of this multi-talent. 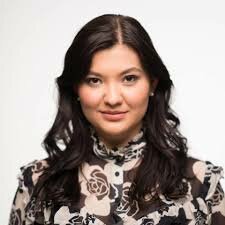 Smaller roles were well cast, with Alessandro Corbelli as Fra Melitone, Carlo Bosi as Maestro Trabuco, and Michael Mofidian (another Jette Parker participant worth keeping in view) as the Alcalde.

Putting on Forza will always be a risk, not least a provocation to the operatic gods. Apart from the bad karma the piece ostensibly attracts (the great American baritone Leonard Warren died onstage at the Met during a Forza performance in 1960), the piece’s length and dramatic weaknesses can unseat even the most hard-boiled directors. But this Forza’s B-cast was easily strong enough to hold a candle to the star-studded A-cast.