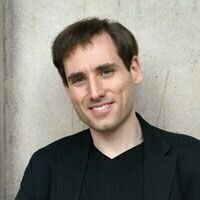 It’s the dead of night, probably around 3am. Outside, on the main street, cars are still whooshing by. Inside, it’s mostly dark, apart from two spotlights outlining the shape of a piano from behind. At the keyboard it’s very bright, and also very loud, as I’m playing furiously, mostly without thinking about the big camera lens that follows my hands from less than a foot away. We’re filming Rachmaninov’s Études-tableaux, Op 39, and the idea is to ignore the clock until we’re done, or until we literally run out of darkness to film in.

To go back a bit, I had a free evening in London. I had been playing Rachmaninov’s Études-tableaux over the past months, as a counterweight to the complete Transcendental Etudes by Liszt, which I was about to record for a CD. Leaving aside the EPM (Etudes Per Minute) rate of that particular programme, the two sets worked well in tandem. Liszt’s Etudes seemed to me the perfect embodiment of High Romanticism – passionate, unbridled, on the verge of going over-the-top both in explosive emotion and in delicate lightness, whether whimsical or reminiscing. Rachmaninov’s mature style, much darker, leaner, tightly controlled, seemed to be deeply connected to the 20th century and also – in my mind – to create the same fantastical path for the imagination as do Kafka, Bulgakov or indeed Neil Gaiman. And in the same way I can never get enough of these three authors, I couldn’t get enough of Rachmaninov’s Op 39.

I recorded the cycle for a CD two years ago, but didn’t have a good video version – and suddenly, while practising at home a few weeks ago, an idea materialized: I’ll use my free evening in London to film the etudes – if Stewart is free. Stewart French is the heart, soul and mind of Fly on the Wall, a documentary project exploring musicians behind the scenes: practising, rehearsing, trying out things between recording sessions or concerts. The premise: hand-held video, full takes, no editing, accompanied by really strong atmospheric low-key lighting. We had done several films already, and whatever the starting point, for me these filming evenings had become ‘proper’ sessions – knowing that the video will remain out there permanently, I felt the same drive as in the studio, to get as close as I could to the best possible version I was able to deliver on that day of whatever we were filming.

And yet, these usually late-night sessions also had a strong concert element to them. Full takes, no editing and spotlights are exactly what we have onstage, so it was relatively easy to get into performance mood, more so than in the studio. Another plus was the spontaneity of these sessions – whereas studio recordings (and indeed concerts) are planned well in advance, here I could call Stewart just a few days before coming to London, and if he was free, we could film a piece right away, while the excitement of a new idea was still very fresh. Altogether it was something new: part recording, part concert, part personal exploration of the material, but with the higher stakes of having others watch and listen. To my mind, the combination was hugely enjoyable.

However we had never filmed 40 minutes at once. Our first videos were short pieces, Three to four minutes long. Later we filmed increasingly longer works, getting to 18 minutes the last time, with my arrangement of Shostakovich’s String Quartet No 8. But 40 minutes? The Shostakovich took us over 3 hours to film – setup, first take, listen, second take, listen, third take, finish. The reason for the multiple takes is to get one which you are really happy about both technically and musically. The key point is ‘really’; same as in the studio, you have a mental idea of the ideal version of a piece, and on hearing yourself play anything less than that (as inevitably you do), your brain tells you: ‘you can do much better’ – and then it’s back to the piano.

I called Stewart. He was free – hooray! – and liked the idea of exploring so much Rachmaninov. ‘So, um, do you think we could record it all in one night?’ I asked him hopefully. Long takes and sessions mean an extra challenge with filming: during the whole time I’d be playing, Stewart would need to handhold a large, heavy camera and lens. ‘Sure!’ he said without hesitating, ‘we’ll do an all-nighter, if you’re up for it.’ I was, completely, and so we did. I arrived around 10pm, Stewart set up the microphones and the lights, and after an hour or so, we began filming. Wanting the final result to be as similar to a concert as possible, we devised a plan: I would play the cycle in its entirety once or twice, and only then would we re-record some of the standalone etudes if needed.

The first full run-through was so-so, as often happens: you are excited and not yet settled in, and the music tends to go to extremes – too fast or slow, too explosive at the climaxes, too much in-the-moment with not a lot of long-line structure. The second take was an improvement, and we decided to listen to one etude at a time to see what needed re-recording. About half did, and we proceeded from there, getting to No 9 around 4:30am. We were quite brain-dead at that point, so I hoped very much that the version from the full take would turn out to be good and that we could finish and go home. But right from the opening, I realised with a sinking feeling that it would not work: it was too fast and loud, not doing the music justice. So we did one last push, and finished just after 5am, with the street outside already turning light. Upon getting back I collapsed until midday or so. What a night! And my huge thanks to Stewart for valiantly sharing this adventure with me, and for never once reacting negatively to my ‘you know, Stewart, let’s maybe do another? I think I can do better…’

For more information about Fly On The Wall, please visit: http://fotw.london/

This article first appeared on the Gramophone on 5th July 2018.