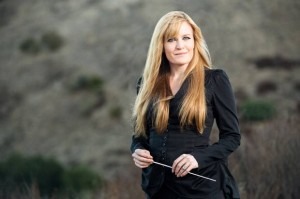 I went to a concert the other night – dynamic conductor, electrifying soloist, enthusiastic audience that cheered as each piece was announced and often sang along with the melodies – and yet the programme consisted of music that you hear, but don’t really listen to.

The concert was Video Games Live and was the music from international video games from the last 30 years, beginning with the game Castlevania (1986), one of the early console games. As the evening progressed, the games became more familiar to the audience, concluding with the re-release of Final Fantasy VII, announced at the E3 conference in 2015. The man behind these concerts, which have been touring the world for 14 years, is Tommy Tallarico, himself a composer of music for more than 250 games (!); he also plays an outstanding electric guitar as soloist during the evening. 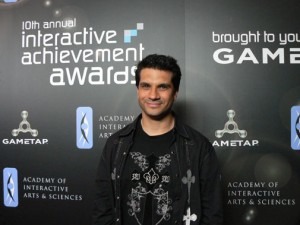 Accompanying the music, and, in fact, necessary to the evening’s enjoyment, were recorded gameplay and character artwork from the various video games. In a sense, since the video part of the program was supplied by the various game companies, it was like seeing the best possible version of a game: your hero/heroine always won.

But, front and centre on the stage were a full symphony orchestra (The Qatar Philharmonic, in this case) and chorus. The conductor was Eímear Noone, who changed the usual conductor’s garb of black for a red-black leather bustier with a long bustle and thigh-high boots – cosplay from the conductor! The orchestra was what made the difference here. This isn’t music for synthesizer and MIDI output, but full orchestral writing that’s amazingly complex. You’ll hear hints of all kinds of 20th century music – a bit of Bartok, an ounce of Orff, and so on – but the music is largely original and very rhythmically driven. Just listening to the first five minutes or so of their 3rd album, gives you a sample of the kind of music used for the video games and you might find it surprising.

Over the course of the evening’s concert, we heard music some of the most beloved franchises in games: Castlevania, Mega Man, Metal Gear Solid, Chrono Cross, The Legend of Zelda, Phoenix Wright – Ace Attorney, World of Warcraft, Street Fighter 2, Sonic the Hedgehog, Shadow of the Colossus, Super Mario Brothers, Skyrim, and others. Visually, we moved from the 8-bit imagery of the games from the 1980s to full 3-D renderings that were more movie-like in their effect. Hi-res replaced pixels. More realistic rendering moves these games closer to other parts of popular culture. 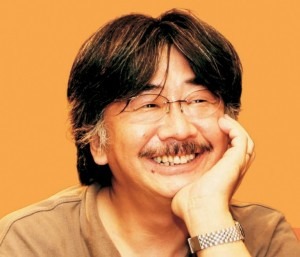 The principal composers of the evening, Nobuo Uematsu, who did the music for Final Fantasy, and Koji Kondo, behind the music for Super Mario and The Legend of Zelda, are not commonly known in the classical concert field, but with their music now making itself known outside the game consoles, these composer’s name should start to become more familiar too.

The music from the four previous collections have been recorded and now you can join in the latest production through their Kickstarter campaign for their fifth album.

The reaction of the audience was unlike anything I’d experienced at other orchestral concerts – as various game images would come up on screen or would be announced from the stage, they’d murmur (I distinctly heard a slight moan of “Phoenix Wright” from my neighbours when that music started), clap along, cheer for their favourite characters, and sing along with the music. Some members of the audience dressed up like their favourite characters. And, one standing ovation before the intermission, another at the end of the concert, and at each of the two encores, the concert was certainly appreciated by the audience!