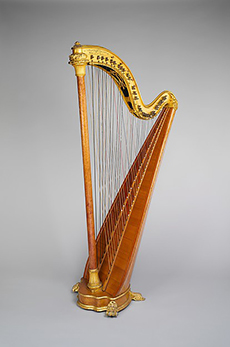 After the chromatic harp came what we now use as the modern concert harp, the pedal harp, which requires the use of pedals to create accidentals (sharps and flats).

The chromatic harp inspired French composers to write for it, and particularly for the Premier Prix competition at the Paris Conservatoire. In 1904, Gabriel Fauré (1845-1924), director of the Conservatoire, wrote his Impromptu, Op. 86, for the competition, which was won by 14-year-old Micheline Kahn (1889-1987). The audience’s disbelief at the first appearance of the teenager was dispelled by her outstanding performance and she was recognized as a true artist. 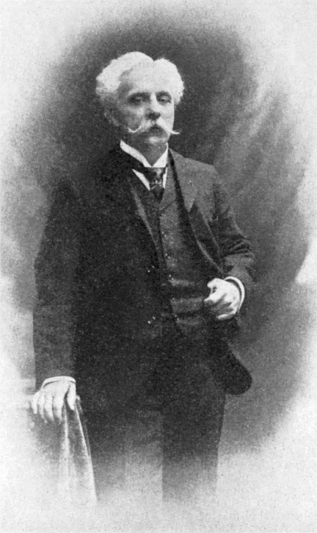 Fourteen years later, Fauré wrote another work, a miniature for harp, Une châtelaine en sa tour, Op. 110 and dedicated it to Kahn. The title comes from Verlaine’s poem ‘Une sainte en son auréole’ and describes a ‘noble lady’ like those of long ago who personifies ‘grace and love.’

It’s a melancholic piece, slightly plaintive. Harpists view it as an elegy, although there is nothing in Verlaine’s poetry to convey that. The minor key of the opening changes in the middle to a bright F major, before fading away to nothingness. Writers, looking at the time it was written, wonder if it’s Fauré’s reflection on WWI, or perhaps a nod to a young harpist from a 73-year old composer.