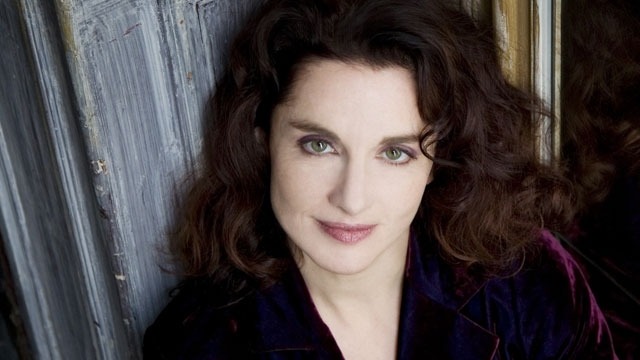 French harpsichordist and conductor Emmanuelle Haïm is one of today’s most celebrated interpreters of Baroque music. After a decade performing as a harpsichordist with William Christie and Les Arts Florissants, she began her career as a conductor with the ensemble she founded in 2000, Le Concert d’Astrée, with whom she has performed at many major European opera houses and concert halls. Haïm came to wider attention in 2001 when she conducted Handel’s Rodelinda with Glyndebourne Touring Opera, and is one of the few women to have established herself at the forefront of the conducting profession.

Haïm suggests that her family’s interest in music “made it interesting to my ears at a very young age”, and she began her studies at the piano with her aunt, an assistant to the piano pedagogue Yvonne Lefébure. Haïm spent 13 years in all at the Paris Conservatoire, studying piano with Lefébure, who “had a lot of interest in the Baroque repertoire, even though it was on the piano”, organ with André Isoir and the harpsichord with Kenneth Gilbert and Christophe Rousset. She is quick to recognise her debt to those early experiences: “the whole of one’s musical life is made up of the people you meet”.

Haïm is a particularly renowned interpreter of the French Baroque tradition, and I asked her to suggest what characterises this music. “In French Baroque music, theatre is very important”, she says. “In French opera, the music is closely linked to language, and its rhythm tries to reproduce speech rhythm and inflection. Lully even used to go and listen to famous actresses in order to write down how they spoke and try to reproduce that in music. The music also comes from dance – in France during that time people were crazy about dancing! All of those shapes and dances, the sarabande and gavotte and so on, spread their influence over the rest of Europe.” 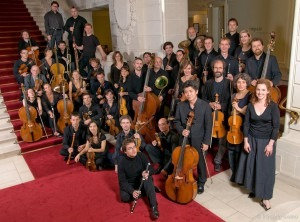 And what of other countries, the Italian and German styles? “It’s difficult to talk about a unified style in Italy during this period”, says Haïm, “as it was not one country but many small regions. If you go to Naples or Rome or Venice, even today the regions are strongly characterised. The French actually tried to imitate the Italians as they were often the first to develop a style. They were the first to develop opera, for example, so French Baroque opera is an imitation of Italian opera but ends up being completely different! It’s the same with Germany – the unification of Germany was also very late, so you cannot identify the character of the ‘German’ style. Many young composers would travel to Italy, so the Italian style was reproduced and re-transformed by other countries.”

Jean-Philippe Rameau was featured extensively in April on Interlude, so I asked Haïm about her thoughts on him. “Rameau is the great genius of the French 18th century”, she declares. “He began his career very late, composing his first opera Hippolytie et Aricie when he was 50. But this first opera is incredible and shows a remarkable maturity and boldness.” Haïm’s scholarship has also unearthed the opera’s unusual performance circumstances. “It was so surprising that some of the players at the time said ‘no, it’s too difficult, it’s too new, too surprising, we don’t get it!’ Some passages are so harmonically adventurous that they were considered unplayable, and players refused to play the trio of the Three Fates announcing the death of Aricie because it was incomprehensible!” Haïm also believes that Rameau has strong connections to the French music that came after him. “For me there is a continuity in French music, starting with Lully, then to Rameau and all the way to Debussy and Ravel, which shows itself especially in all of these composers’ imaginative writing for orchestra.”

Haïm maintains a busy schedule, and her diary for the next few months is full of exciting and different projects. “Just now we have finished Mozart’s La Finta Giardineria in Lille and Dijon”, she says, “and in Lille in June we will celebrate the 10th year of the residency of the orchestra there by having a piece composed for us by Helmut Oehring inspired by Monteverdi’s Orfeo, called Orfeo 2014. Then there’s Rameau’s Castor et Pollux in Dijon and Lille, then I will go to the Berlin Philharmonic to perform some Handel.” And how does the energetic maestra unwind? “I love skiing and cooking – I don’t have time to do very much these days but I find it refreshing for the mind. I like to see friends, and also spending time with my young daughter”.