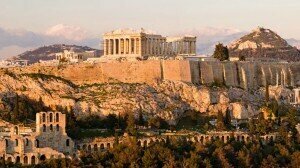 When Athens was at its height of development in the 2nd century BCE, the rest of Europe was nowhere. When Europe reached its height of development in the 19th century, Athens was nothing – a mere 100 houses huddling below the iconic Parthenon. Now, however, it’s the source for all Greek culture and has taken pride in conserving its heroic past. Musically, it has inspired composers from all over the world in all genres from classical to jazz with everything from its architecture to its stories.

you arrive and the country is at your feet:
Strong: From a Notebook of Sketches, Suite No. 2, “Athens”: III. Entering the Parthenon
Purcell: The History of Timon of Athens, The Man-Hater, Z. 632: A Symphony of Pipes Imitating the Chirping of Birds
Yagisawa: Ancient Agora of Athens: The Morning of the Market 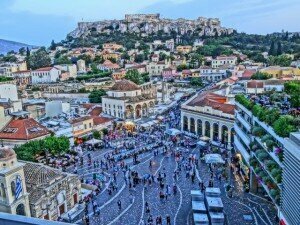 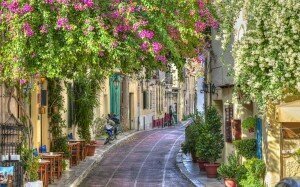