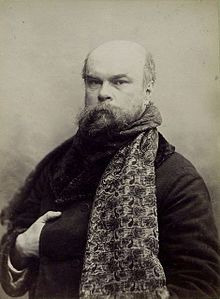 In his delicately titled, Ariettes oubliées (Forgotten Little Songs), Claude Debussy (1862-1918) took the poetry of Paul Verlaine (1844-1896) and created a song cycle to match the stylistic subtleties of his poems. Debussy met the older poet via his mother-in-law. Verlaine’s wife, Mathilde Mauté de Fleureville’s mother, Antoinette-Flore Mauté de Fleureville, became Debussy’s teacher when he was but eight years old. She was influential in his career, helping him attend the Paris Conservatoire and paving the way for a unique voice in French composition.

When Debussy went to Rome in 1885, where he had a scholarship at the Villa Medici, he brought along Verlaine’s poem Ariettes oubliées from his 1874 collection Romances sans paroles. Verlaine had created in the poem, through his language, and references to music, a kind of music. Compare the title of the collection with the more familiar title we might know from Mendelssohn: Lieder ohne Worte (Songs without Words). It’s impossible, of course, to write poems without words, as Verlaine seems to imply in his title of Romances sans paroles, yet in his playing with language, Verlaine comes closer to the idea of music than the traditional ideas of poetry.

The first poem in its first line shows us exactly how Verlaine is setting the scene: C’est l’extase langoureuse (It’s the languorous ecstasy): the sibiliant ‘s’ sounds are carried carefully in Debussy – the syllables are elongated and sung nearly on the same pitch. Verlaine is describing the feeling after making love and goes on to give us the rustling of the trees, the feeling of the breeze, and the noise of the waving grass as the background to the feeling and Debussy matches him in music.

Debussy: Ariettes oubliées: No. 1. C’est l’extase (Dawn Upshaw, soprano; James Levine, piano)
The second song of the cycle, Il pleure dans mon coeur (There is weeping in my heart), brings us the unhappy poet who compares the weeping pain in his heart with the rain outside. He tires of the rain just as he tires himself out puzzling why his heart feels such pain, seemingly without reason. 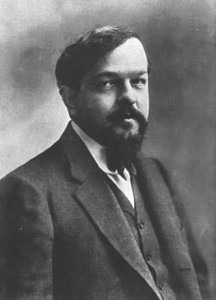 The darkness continues in the third song, L’ombre des arbres dans la rivière embrumèe (The shadow of the trees in the misty river), where the tempo seems to slow yet more. The shadows of the trees in the river move like smoke, while above, the real branches are made yet more sombre by the sound of the sad doves. The poet sees himself in this shadow landscape, where the doves take up his weeping. It’s a complex poem that turns itself inside out where the river and trees mix and reverse. Debussy keeps in a low range in the piano and this has the effect of seeming to drag the voice down into the shadows as well.

No. 3. L’ombre des arbres das la rivière embrumèe
After all this shadow and darkness, we run away with horses, but these are not free horses running across a field, but horses on a merry-go-round. These horses of wood are ridden by children who exult in the riding up and down but, inevitably, get sick and headachy from the motion. Debussy takes us up and down with the children, until, at the end, dusk falls, the church bells ring and we must return home.

No. 4. Chevaux du bois
The fifth song is given its title in English: Green, part of the Aquarelle (watercolour) section of the Romances. Our poet is bringing presents to his love: fruit, flowers, leaves…and his heart, which he begs her to accept and not destroy.

No. 5. Aquarelle I: Green
He closes with one more watercolour: Spleen. It’s a poem full of colour: red roses, black ivy, blue sky, green sky and yet our poet is tired of them all. He wants to set everything aside, everything that is, except her.

No. 6. Aquarelle II: Spleen
Debussy isn’t setting this poetry as a composer such as Schubert or even Schumann would have done. He doesn’t provide the background character of the horses even in the 4th song, but gives us instead their slightly queasy motion. Having known Verlaine since his childhood, Debussy may have looked at Verlaine’s very complicated life through a child’s eye, but he set his poetry as an equal.