Composers Inspiration
A Tune for My Tot!
by Nicolette Wong January 26th, 2017 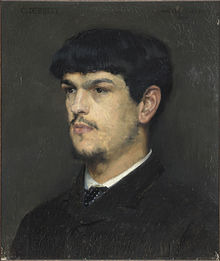 As a new mother, I am always looking for things with which to entertain my ten-month-old. Because I’m a musician, the first thing I would turn to is music. Not impressed with the Mozart for Babies CDs, and bored of playing nursery rhymes and pieces from First Lessons in Bach, I looked amongst my scores and my faded copy of Debussy’s Children’s Corner jumped out at me, as it was a work inspired by childhood. Perhaps I was a tad over-ambitious, as I could only play up to a page of each piece in the suite for solo piano before the little one had a meltdown! I’d like to blame this on her wanting to get out of her bouncer rather than because the music was too long, but who knows…

The composer dedicated this composition to his daughter Claude-Emma when she was three: “To my beloved little Chouchou with the tender excuses of her father for what follows below.” However, he did not write this as a work for children to learn or play. The association with children was merely to do with the musical content, with some movements of the suite inspired by toys that belonged to his daughter.

The first piece, ‘Doctor Gradus ad Parnassum’, alludes to Johann Joseph Fux’s music textbook as well as the studies of the same name by Clementi. Debussy wrote this not as a virtuosic piece but as an exercise, marked with the tempo ‘modérément animé’, and infused it with impressionist harmony. The middle section seems to suggest, at least for me, someone who is tired of practising runs repeatedly and instead takes a snippet and plays (with) it slowly in different keys.

Children’s Corner: I. Doctor Gradus ad Parnassum
The second piece was named after Jumbo the Elephant, which was born in Sudan and exported to a Parisian zoo during Debussy’s lifetime. The misspelling of this piece ‘Jimbo’s Lullaby’ apparently was a nod to the French pronunciation of ‘im’ in English. The clumsiness of the quiet bass melody together with the march-like accompaniment depicts a tired elephant trampling gently in the jungle.

II. Jimbo’s Lullaby
The pentatonic harmony of ‘Serenade for the Doll’ symbolises the subject of the title – an Oriental porcelain doll – and the frequent sequences and constantly changing harmonic structure reflect a child’s imaginative play. The texture also becomes progressively thicker, possibly hinting at a fully-fledged soirée for all the toys.

III. Serenade for a Doll
The alternating harmony of ‘The Snow is Dancing’ expresses what a child feels when experiencing something for the first time: fear as well as wonder. The lightly detached articulation and the performance direction ‘soft and blurred’ convey snowflakes falling, and through the eyes of a child, dancing, which is captured by the music running along the low and high registers of the keyboard as well as by the various tempo changes.

IV. The Snow is Dancing
‘The Little Shepherd’ opens with an unaccompanied melody that is reminiscent of a shepherd’s pipe. The mood of this piece is rather lonely, although these wispy passages are interspersed with more fantasia-like sections.

V. The Little Shepherd
The finale, ‘Golliwogg’s Cakewalk’ was written between 1906-08, at a time when Florence Kate Upton’s children’s books, based on Golliwogg the rag doll, were very popular. The cakewalk was a dance invented by African-American slaves prior to the Civil War – its exaggerated movements mocked the pompous dance styles of their owners. Debussy also incorporated elements of ragtime in this piece, a style gaining popularity during that period. With its heavily syncopated rhythms and some big octave leaps, the music clearly illustrates a golliwogg’s clumsy movements as it tries to dance. The idea of parody continues when Wagner’s theme from the Prelude to his opera Tristan und Isolde appear in the middle section, marked ‘slower, with great emotion’. This could either be mocking the slave-owners’ manners, or perhaps it was aimed at the opera composer’s extreme romanticism. This is short-lived as the opening theme returns, and shortly, this finale of the set ends with a bang, as if the golliwog – and possibly all the other toys – takes a bow.

VI. Golliwogg’s Cake-Walk
Miraculously, when I later played just the last section of the finale to my little one, she clapped her hands together at the end, as if she was applauding at the toys’ curtain call!1

1 Though more likely because this ‘rendition’ was a lot shorter than the earlier one!