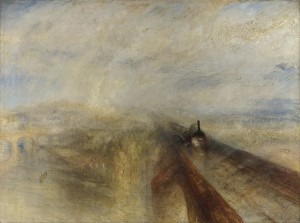 After a two-year break, Debussy continued his work on the Préludes for piano, writing another 12 and again showing influences of all areas of popular and ancient culture and from artists, writers, and poets.

Just as we had the mysterious Voiles in the first book, this book opens with the equally mysterious Brouillards (Mists).

Some see connection with this prelude and the paintings of the time by Whistler and Turner that were full of mists, hiding and revealing what lay behind them.


It’s followed by another sad prelude, Feuilles mortes (Dead Leaves). Both of these preludes seem to recall the beginning of Book 1 in their sombre tone and slow tempos.

The third piece, La puerta del Vino (The Wine Door), a Moorish Gate at the Alhambra. There’s ferocity in Debussy’s piano music that seems to reflect what he called ‘brusque oppositions of extreme violence and passionate tenderness’. Debussy had seen the image of the gate in a postcard he received and to create the Spanish sound, he put a habanera rhythm in the left hand and imitated flamenco-style singing and playing in the right.


The art of Arthur Rackham and one of his illustrations for J.M. Barrie’s Peter Pan in Kensington Garden are the inspiration for the wonderfully entitled «Les fées sont d’exquises danseuses» (The fairies are exquisite dancers).

The fifth prelude of Book 2, entitled Bruyères (Heather), seems from its simple style to have been one of the earliest preludes that Debussy might have written.


Debussy returns to the world of the popular music stage with Général Lavine – eccentric. Général Lavine was the stage comic and American vaudeville actor Edward Lavine, who had a show at the Marigny Theatre in the Champs-Elysées in 1910 and 1912.


Debussy takes us to India in La terrasse des audiences du clair de lune (The Terrace of Moonlit Audiences), inspired by a newspaper article about King George V as installation as Emperor of India in 1911.

The beautiful but deadly fairy Ondine makes her appearance next, enticing men to their watery deaths. 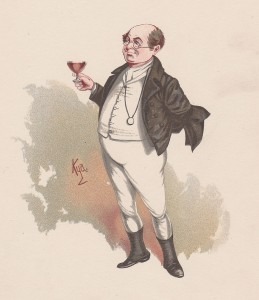 We’re shocked to hear a highly dramatic rendering of God Save the Queen at the beginning of the next prelude, but when we understand the title, the reason becomes clear. The subject is Charles Dickens’ novel of the adventures of the Pickwick Club, in the person of its founder and Perpetual President, Samuel Pickwick, in Hommage à S. Pickwick Esq. P.P.M.P.C. It’s a mocking portrait, but done with love.


We return to a solemn in Prelude 10, Canope (Canopic Jar). These were the stone or pottery jars used in Egyptian embalming. They came in sets of four and Debussy had two of them on his desk. The music is modal and seems to evoke ancient mourners performing ancient rites. 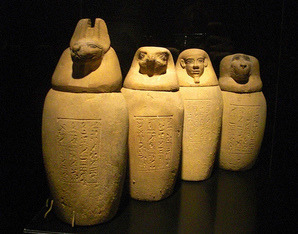 A set of canopic jars

The penultimate prelude returns us to Bach’s didactic world. Simply entitled Les tierces alternées (Alternating Thirds), this isn’t a prelude but an étude, made up of rolling sixteenth notes (semiquavers), always in thirds, alternating from left to right hand. The repeated notes in the right hand allow us to pick out the melody from the left hand and then it switches. It’s a wonderful bit of piano trickery that hides the melody in plain sight.


The final prelude ends the whole set with a bang. Feux d’artifice (Fireworks) starts with a shimmer of arpeggios, with little lights lightly touches at the top of the scale. The whole piece is a marvel of lights and brights, with little flashes of colour emerging from the rolling chords underneath.


It is of note that another national anthem emerges from the sound / light show – there’s a hint of La Marsaillaise at the end to show us that these were, perhaps, fireworks for July 14th, Bastille Day – the national anthem is not prominent, but reduced to a mere flash of memory. It’s one of the most innovative pieces of the entire Debussy piano music collection.