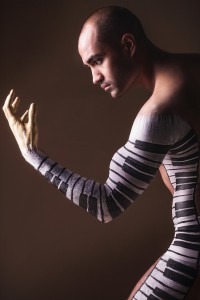 1. websites and applications that enable users to create and share content or to participate in social networking.

If you are reading this article, I can almost guarantee that you found it via a social media platform – a blog, a blog embedded in a website, a link shared on Facebook, Twitter, LinkedIn or Google+, or via a “discovery engine” such as Reddit. Or indeed via any of the other myriad platforms that allow people to create and share content across the internet.

Social media offers musicians quick and easy ways to build and enhance one’s profile, and connect with one another, promoters and agents, venues and audiences, radio stations and recording companies across the web. It has created international stars and opened up the world of classical music to a broader audience and fan base. The barriers to entry are low, costs are minimal or non-existent, and a robust online presence will make you more attractive to presenters, managers and record companies who will look at the size of your fan base, the number of views, and how actively you engage with your fans.

Before social media, there was the personal website, the musician’s “shop-window” containing one’s biography, concert schedule, discography, media such as photographs and video clips, and perhaps some links to other people’s sites. Now, in addition to the website, most tech-savvy musicians will have a Facebook fan page (separate from one’s personal profile page), a YouTube channel, and a Twitter account – and that’s just for starters. Taken all together, these are powerful tools to create international connections and allow others to discover you and your music.

In addition to networking, self-promotion and advertising, social media offers a number of other important opportunities for musicians including:

Building a community of like-minded professionals

Building a broader audience for concerts, increased ticket sales, developing a targeted client base and engaging more directly with audiences

Connecting, collaborating and sharing ideas with other musicians 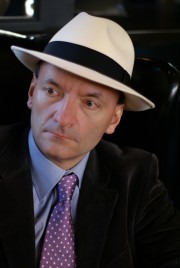 With these very obvious yet potent benefits, it always surprises me when I come across active performing musicians who hardly use social media or claim not to know how to use it. If you’ve got a computer, it’s easy. If you have a smart phone, it’s even easier.

Here are two examples of musicians making effective use of social media, from either end of the UK classical music spectrum.

First, Emmanuel (Manny) Vass, a young concert pianist from Yorkshire whose active and engaged online presence has succeeded in quickly raising his profile. Manny comes across as down-to-earth, genuine and committed, and it is no surprise that his latest Kickstarter campaign, to fund his second CD (his first CD was also self-funded) exceeded its target and then landed a top five place in the British classical music chart. Manny uses no agent, promoter nor PR company to market himself.

Secondly, Stephen Hough. Internationally-renowned pianist and musical polymath, Stephen’s Twitter feed is busy and varied, reflecting his many interests, including religion, food and hats, and offering insightful snapshots into the life of the busy touring musician, from selecting the right piano for a performance to the post-concert supper.

What both Manny and Stephen share in their online presence is a lack of ego: they don’t “big” themselves up – they come across as genuine and “normal”, and this is a crucial aspect of using social media.

The exigencies of life as a musician in the 21st century mean that most people have to do their own promotion and PR. Very few musicians can afford the luxury of a PR company or powerful publicity machine, and you should not rely on venues to publicise your concerts – unless you are very famous. Social networking gives you powerful, and importantly, free tools to self-promote, and the more active you are online, the more your profile grows. The key to success with any social media platform is to build a distinct and compelling online profile.