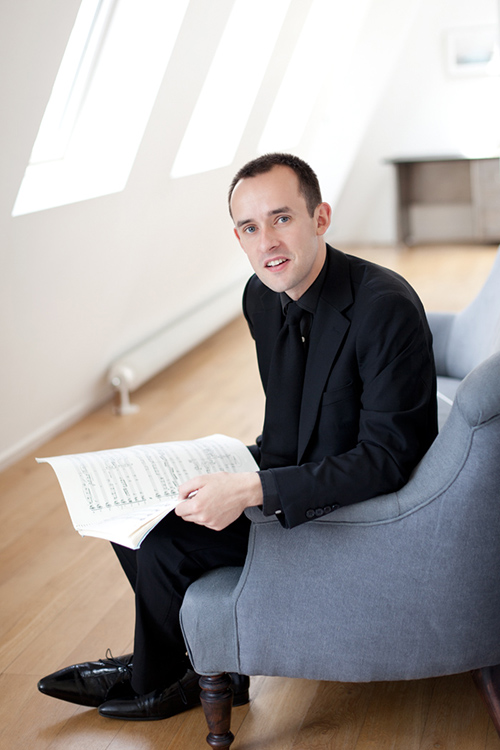 Hot off the heels of the release of their latest album Stabat, I chat to Graham Ross, Director of Music at Clare College, Cambridge about their newest release, featuring the music of Arvo Pärt alongside works by Pēteris Vasks and James MacMillan, and about ClareCast, a weekly podcast brought about by the Coronavirus, released by Clare College, with music from the choir, plus readings and prayers from the Chapel College.

How did you arrive at the decision to record the repertoire for Stabat?

I’ve always liked Arvo Pärt’s music. I’ve never done a whole album dedicated to it, so that was the structure around which we based everything. I wanted to put it into context with a couple of other composers who in my mind fit the sound world.


The Vasks is a really amazing piece. It’s an invocation of his native Latvia, so you have all these horizon-stretching lines and long, drawn-out passages, and essentially it’s based around really simple, primitive material which is exactly what Pärt’s music is. It’s just very simple building blocks: a note, a triad, a scale. I would say that James MacMillan is a bit more than a minimalist, but it’s on that same kind of soundscape. It’s also a piece that the choir absolutely loves. 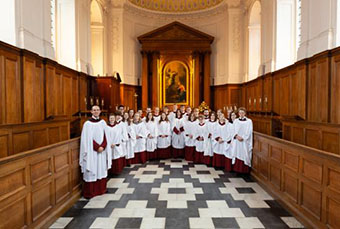 © The Choir of Clare College, Cambridge

What do you enjoy about recording with Clare College Choir?

How do you maintain the identity of a group whose lineup changes every year?

The first two weeks of the academic year I have to work really hard and not take on any other projects, and not fill that time with anything other than one hundred percent focus on rallying my new troops. It’s often ten or eleven new people, and I’ve got those two weeks to get everything into as close a unit as I can, alongside all the challenges that pose.

Because of the Coronavirus, we had to cancel huge numbers of services, concerts, tours and recordings. It’s all pretty doom and gloom on that front. So, we decided, when we realised the university was closing down, that we needed and wanted to do something that still connected people to that cycle that you have as a student, a Fellow, and as a member of staff in a collegiate environment.

The idea with the podcast is that it’s not meant to be a replica of evensong in any way, but it’s meant to be something that still offers a connection with, in this case, the music and the liturgy. Each week we’ve been recording, from our own homes just using our phones, some spoken prayers, some readings, there’s been a short homily from the Dean or sometimes from a guest preacher, and the readings have been read by different members of the college. 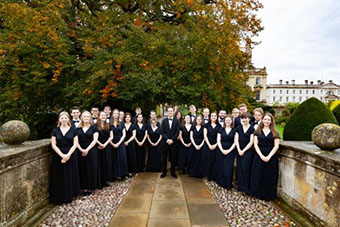 © The Choir of Clare College, Cambridge

How does the music fit in to this?

I’ve selected two pieces in each podcast that come from the choir’s discography, and before each of those I’ve done a little spoken announcement about what the piece is and just given a little bit of background and context.

Some weeks, at the end of these podcasts, we’ve been doing an additional interview with various different members of the college. The head of the Union of Clare Students did a little interview with the Dean; I just interviewed our Choir Administrator, who’s leaving this year, just to provide a bit of secular context as well. They seem to be going down really well – we’ve had really nice comments from people. They can listen in their own time, and it’s available for them to download whenever they like.

How does it feel to provide a focal point for people at this time?

I think there’s a lot of concern that in this time, for all of us, it’s so strange and it’s so unfamiliar, particularly for musicians who are by their very nature sociable creatures. We’re suddenly all in these confined spaces without any contact apart from virtual and online, that for people’s mental health as well it’s really important to keep some sense of structure to a week. Obviously we’re not doing three podcasts a week [Clare Choir usually does three services a week] but it helps give some sense of regularity and chance to feel connected again.

We can’t just shut down. We can’t just give up. None of us know what’s happening in the future, but we can’t just stop all of that legacy that’s gone up until now, and we will get through it.’