Artists Interviews
Nobody Does It Better: An Interview with Graham Ross
by Maureen Buja August 20th, 2016 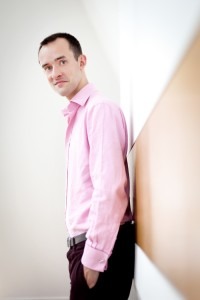 Although the title of this piece seems to reflect an overarching ego, viz James Bond, it’s meant more of a statement about the Choir of Clare College, Cambridge. Interlude spoke with the CCC’s Director of Music, Graham Ross, in a few minutes during his very busy summer touring schedule.

Graham Ross is in charge of the Choir of Clare College, and all other practical music making at the College. He oversees the instrumentalists, the conductors, and the orchestral groups. But, first and foremost is the Choir.

The Choir performs a very broad range of repertoire, and in looking at their concert programs for their early September concerts in Asia (Hong Kong to Singapore to Kuala Lumpur), audiences will hear music from the 15th century Josquin des Prez to more modern works by Tippett, Taverner, and Hamlisch.

Taverner: Dum transisset sabbatum I (Clare College Choir; Graham Ross, cond.)
When we asked how he finds new repertoire, Ross said it was always a matter of discovery: composers and publishers often send him material, he finds new music through his own research, and the Choir itself commissions a couple of pieces every year. In addition, Ross runs two composition competitions at Clare College for undergraduate composers. And, after all that, the Choir has also premièred works specifically written for the choir by composers such as the late John Tavener and the very alive John Rutter. Rutter was Director of Music at Clare College from 1975 to 1979 and is still active as their producer for their recordings. The concerts in Hong Kong will both close with his A Clare Benediction, written for the Choir in 1998.

The Choir has an active schedule, with 3 choral services a week in the College Chapel and around 10 hours of contact time each week during the academic terms. One of the first things the singers learn is to sight read, which enables their repertoire grows weekly. Their wide range of repertoire, covering some 6 centuries, means that they regularly perform the established music of the English choral tradition and more contemporary works side by side, as they will do in their concert programs on tour in Asia.

Choir members come from all majors: music, maths, computer science, history of art, and medicine to name but a few. Ross noted in particular that during the examination term many Choir members enjoy participating in what is for many an extra-curricular activity, outside of the rigours of their own academic subjects.

Byrd, Bach, and Purcell have their place in the repertoire but the CCC doesn’t only perform sacred music. There’s also a secular side to the repertoire, used both on these travelling concerts and for concerts at home, and so we have Gershwin’s Summertime from Porgy and Bess in a new arrangement by Ross himself, Hamlisch’s Nobody Does it Better from The Spy Who Loved Me, and Ward Swingle’s Country Dances, a vocal medley of 16 different American songs. This kind of 8-part vocal jazz is also a bow to the CCC members who have their own independent close harmony groups.

Under Ross’ leadership since 2010, the Choir has established a recording contract with Harmonia Mundi, appears at international festivals, and tours internationally at least once each year in addition to their responsibilities at University during term time. All of this work and professional exposure is a true benefit for the members, many of whom will go onto professional music careers. For those Choir members who go on to other professions, exposure to the leading composers and orchestras of the world is also a benefit, as many continue to participate in high-level music-making after graduation.

Ross is a returning Clare College graduate and brings to the choir not only his expertise as a conductor but also his own skills as a composer. It’s wonderful to hear a choir in the hands of such a consummate musician. Nobody truly does it better – either as a choir member or as the choir director.

Visit the website of the Choir here: www.clarecollegechoir.com and of their very talented conductor, composer, and arranger here: www.grahamross.com.
The Choir will be performing in Hong Kong on September 5th 2016.