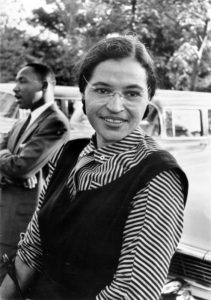 A lonely and brave act of civil disobedience can have momentous consequences. In 1955, the seamstress Rosa Parks refused to give up her seat in a Montgomery, Alabama, city bus to a white man. Parks remembered, “Two policemen came on the bus, and one asked me if the driver had told me to stand…He wanted to know why I didn’t stand, and I told him I didn’t think I should have to stand up. I asked him, why did they push us around? He said, I don’t know, but the law is the law and you are under arrest.” On 5 December Parks was found guilty of violating segregation laws, given a suspended sentence and fined $10 plus $4 in court costs. The leaders of the local black community organized a bus boycott that began the day Parks was convicted of violating the segregation laws. The “Montgomery Bus Boycott” led by a young Rev. Dr. Martin Luther King Jr., lasted more than a year and only terminated when the United States Supreme Court ruled that bus segregation was unconstitutional. In the meantime, Parks had lost her job and was subject to the vilest harassment, but her stance against repression ignited the Civil Rights Movement in the United States. 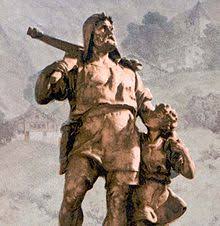 Throughout the 19th century, the legendary Swiss marksman William Tell was perceived as a symbol of rebellion against tyranny. According to the legend, the Habsburg emperor in Vienna appointed Hermann Gessler to control Trans-Alpine trade. Gessler raised a pole in the central square of Altdorf in the canton of Uri and perched his hat on top. He commanded that all who passed before it had to bow to the hat as a sign of respect. In an act of defiance William Tell chose to ignore the command and he was promptly arrested. Bent on revenge, Gessler ordered Tell to shoot an apple off his son’s head with his crossbow; if Tell was successful, he would be released, but if he failed or refused, both he and his son would be executed. Tell easily accomplishes the task, and eventually shoots another bolt into the tyrant’s heart. Tell’s civil disobedience became an important model during the formative stage of modern Switzerland in the 19th century. And it also became the subject of Rossini’s opera Guillaume Tell. The work ends with the victorious cries of “Liberty, descend again from Heaven,” as the Swiss people celebrate triumph over their Austrian oppressors. 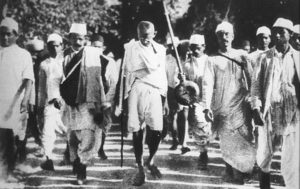 The Indian lawyer Mahatma Gandhi led a successful campaign for India’s Independence from British Rule by means of nonviolent resistance and civil disobedience. Trained as a lawyer in London, Gandhi first applied nonviolent civil disobedience as an expatriate lawyer in South Africa. Once he returned to India in 1915, he organized peasants, farmers and urban laborer to protest against taxes and discrimination, and he assumed leadership of the Indian National Congress in 1921. He initiated several prominent non-violent campaigns including the “Salt March” in 1930 and the “Quit India Movement” in 1942. However, civil disobedience frequently carries a heavy price. Gandhi was imprisoned for many years, and his vision of an independent India based on religious pluralism was challenged from within. When independence from Britain was achieved in August 1947, Gandhi attempted to placate religious violence and paid the ultimate price. He was assassinated on 30 January 1948, but his actions served as a source of inspiration for many world leaders. 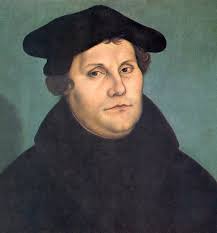 The monk and scholar Martin Luther spent much of his early life in anonymity. However, that all changed in 1517 when he penned his “95 Theses” on the door of the Schlosskirche in Wittenberg. In it, he vigorously attacked the practice of the Catholic Church of selling indulgences to absolve sin. He also articulated his two central believes; 1) that the Bible is the central religious authority, and 2) that humans may reach salvation only by their faith and not by their deeds. Luther’s document of protest was quickly distributed throughout Germany, and the pope condemned Luther’s writings as heretical, and “scandalous and offensive to pious ears.” It was ordered that Luther’s writings should be burned, and he had to hide in Eisenach for the next year or so to escape persecution. Luther’s religious disobedience sparked the Protestant Reformation and he plunged the Western Christian church into the greatest crisis in its history. His action of protest created an entirely new landscape for religious expression in the world. Mendelssohn paid tribute to Luther and his deeds by incorporating his hymn “A Mighty Fortress is Our God” into the fourth movement of his “Reformation Symphony.”