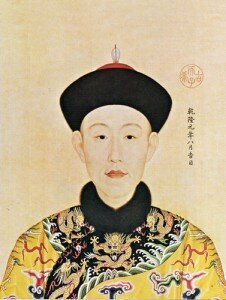 Before the harpsichord was introduced into China in 1601 by Matteo Ricci (1552-1610), during the Ming Dynasty, no Chinese had heard Western music. We could say that Matteo Ricci and his successors drew royal attention merely by using these Western instruments. During the Qing Dynasty, western music theory was systematically introduced into China by Thomas Pereira (1645-1708). By the time of Qianlong Emperor (reigned 1735-1796), the royal family could hear all types of western classical music. Later, Thomas Pereira’s successor, Teodorico Pedrini (1671-1746), became music teacher to the three sons of the Kangxi Emperor and completed Pereira’s unfinished treatise on western music theory, the first to be written in Chinese. 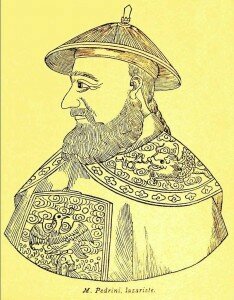 The music theory book, completed in the early 18th century, did not have a tremendous impact on the culture. It was published as part of the Siku Quanshu (四庫全書) in 1781. The Siku Quanshu was the largest collection of books in Chinese history, consisting of some 14,000 titles. Created for the Qianlong Emperor, it was published in only 7 copies, distributed to 6 cities in the north and south. Only 4 copies of the complete Siku Quanshu remain today. 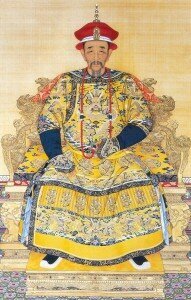 It was with Ricci that Western classical music came to China. However, there are still some details which needed to be examined. For example, when did opera come into China? Some domestic literature reported that an opera by Niccolò Piccinni entitled La Cecchina Nubile was performed in 1778; Piccinni’s La buona figliuola/La Cecchina had received its premiere in 1760 in Rome. The change of title may indicate that the missionaries wrote their own libretto, using the music of Piccinni, and taught the music to the chorus of young eunuchs.

Piccinni: La Cecchina: Sinfonia (Serenissima Pro Arte Orchestra; Bruno Campanella, cond.)
By the end of the 19th century, western classical music existed only in the royal family and in the church. But the general public knew nothing about it. Thankfully, A Chinese diplomat vividly recorded his first encounter with opera in his writings. 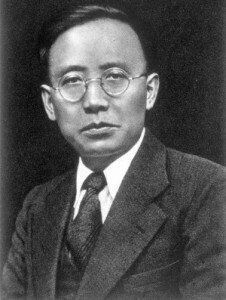 After the Opium War in 1866, Robert Hart, the general customs commissioner of China Customs from 1863 to 1911, organized a group of diplomats to travel to Europe. Bin Chun, the first Chinese official who went abroad, and Zhang Deyi, who was an expert in foreign languages, both wrote their impressions of the trip. On 8 May 1886, the second day after they arrived in Paris, Bin Chun and Zhang Deyi attended the Théâtre Impérial de l’Opéra (now the Opéra National de Paris) to see Mozart’s opera Don Giovanni. They also saw Louis Joseph Ferdinand Hérold’s comic opera Le Pré aux Clercs. After experiencing Don Giovanni, Bin and Zhang asked Robert Hart to arrange it so they could see as much opera and drama as possible. 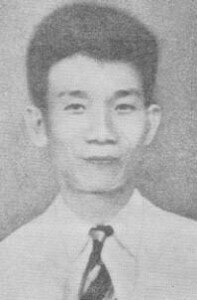 Hérold: Le pré aux clercs: Act II Scene 1: Entracte: Jours de mon enfance (Marie-Eve Munger, Isabella; Gulbenkian Orchestra; Paul McCreesh, cond.)
In the late nineteenth century, French operas set the trend for all of Europe. When the diplomatic corps travelled to the UK, they also saw French operas. Robert Hart arranged a visit to His Majesty’s Theatre in London and to the Theatre Royal in Manchester for the diplomats. Though they watched the glamorous Huguenots by Giacomo Meyerbeer and the sensual Faust by Gounod, it seems that their comprehension was compromised by the language barrier; the interpreter, Zhang Deyi, could understand English only, they were able to follow the general outlines of the plot. But the two still documented the dazzling stage effects and facilities, and even the man who sold the binoculars and the bravo after the play. 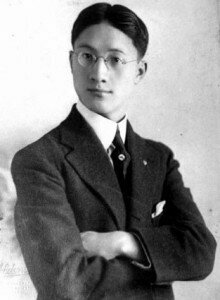 When did Chinese begin to understand opera? We start to see references to opera in the poetry written during the New Culture Movement (新文化運動mid-1910s through the 1920s). Many new writers combined Chinese literature with the subject matter of western music. In Guo Moruo (郭沫若)’s poem In the Concert, he recorded his reaction to a concert in Japan. He mentioned his trembling soul with reference to Brahms’ art song Von ewiger Liebe, and the great Midsummer Night’s Dream by Mendelssohn. Guo had a good command of German, and therefore he was able to understand the lyrics perfectly.

In Yu Dafu (郁達夫)’s vernacular fiction, he quoted the lyrics of Tannhäuser, composed by Wagner, to express a complicated emotion of the protagonist. We do not know, however, if Yu Dafu had ever seen this opera. It may be that he had only read the libretto. Xu Zhimo (徐志摩), Yu Dafu’s high school classmate, also a famous poet and essayist, wrote a poem for Wagner, named 聽魏格納歌劇 (Listen to Wagner’s Opera). Though music is an important subject of the Tang Poetry, and almost all famous poets in the Tang Dynasty wrote poems for songs with different styles, in the history of Chinese modern poetry, he was the first song composer. We don’t know which opera he had seen, but in the letter he sent to his wife, Lu Xiaoman, he mentioned his impressions of Tristan und Isolde. He seemed to resonate with the great love story, and promised to bring her to watch it with him. It is worth mentioning that Xu had taken part in planning Fritz Kreisler’s debut in China.

These fragments of history told us that under the influence of Western thoughts, the modern Chinese intellectuals had gradually begun to realize that the purpose of art is not only for entertainment. At that special age, they had begun to introduce Western culture and its music to the world.