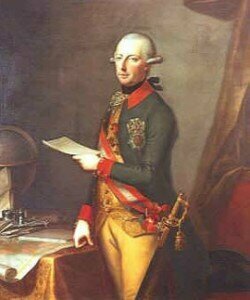 Wolfgang Amadeus Mozart’s Die Entführung aus dem Serail (The Abduction from the Seraglio) premiered at the Burgtheater in Vienna on 16 July 1782. The Austrian Emperor Joseph II was in the audience and famously said, “Too many notes my dear Mozart. Just cut a few and it will be perfect.” This production had been commissioned by the “Nationalsingspiel” (National Singspiel), an operatic company specifically established and sponsored to perform works in the German language. A pet project of the Emperor it sought to rival the Italian opera style widely popular in Vienna. As such, the company appointed Gottlieb Stephanie to prepare the libretto for the 25-year old Mozart.

Mozart was predictably excited and wrote to his father, “I would say that in an opera the poetry must be altogether the obedient daughter of the music. Why are Italian comic operas popular everywhere – in spite of the miserable libretti? Because the music reigns supreme, and when one listens to it all else is forgotten. An opera is sure of success when the plot is well worked out, the words written solely for the music and not shoved in here and there to suit some miserable rhyme.” 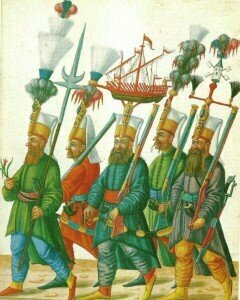 Mozart took a keen interest in shaping the libretto for the Abduction and insisted on various changes for dramatic and musical effect. He writes, “Everyone abuses Stephanie. It may be the case he is only friendly to my face. But after all he is preparing the libretto for me—and, what is more, exactly as I want it—and by Heaven, I don’t ask anything more of him.” In the end, what emerges is a colorful comedy recounting the charming antics of Belmonte and Pedrillo—a master and his servant—who must rescue their beloved brides from the harem of Pasha Selim. As you can tell from the title and the story of the Singspiel, Vienna and much of Western Europe were fascinated with various aspects of Turkish culture. And in his musical setting, Mozart combined the subtleties of the music of Turkish military bands—infantry units known as Janissaries—with the emerging conventions of the German Singspiel.