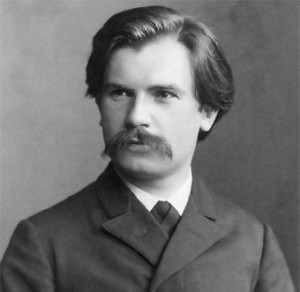 His mother was British, his father French and his grandmother German! No wonder that Eugen d’Albert (1864-1932) had an identity crisis on his hands! However, the ten-year old quickly pledged his allegiance to Germany, and famously corrected his biography a couple of years later. “Above all things I scorn the title ‘English pianist!’ Unfortunately, I studied for a considerable period in that land of fogs, during that time I learned absolutely nothing; indeed, had I remained there much longer, I should have gone to utter ruin. Only since I left that barbarous land have I begun to live.” Matters of nationality aside, Eugen was a seriously gifted pianist, who won his first competition at age 10. By age 12 he astounded the professional community with a superb performance of Hummel’s second piano concerto.

Johann Nepomuk Hummel: Piano Concert No. 2 in A minor, Op. 85
D’Albert became a student of the exceptional pianist Ernst Pauer, and the celebrated pianist and composer Anton Rubinstein predicted an international career for him when he was just fifteen. During his piano studies with Pauer, d’Albert also started to dabble in composition. His Op. 1, a five-movement Suite for piano in D minor pays homage to his hero Johann Sebastian Bach. It certainly made an impression on his teachers on first hearing. “Sullivan sent me to fetch Stainer, who was teaching on the top floor, so that he might hear it also. The work is an astonishing example of precocity, characterized by the kind of perfection and control that one would expect only from someone of advanced age with vast experience.”

Eugene d’Albert: Piano Suite in D minor, Op. 1
By age 17, d’Albert performed his own piano concerto for the famous conductor Hans Richter. Although the work was never published and has not survived, a reviewer called it “uncompromising in its pretensions and ambitious in style and character.” Richter was sufficiently impressed to offer d’Albert a place in his composition class in Vienna.
D’Albert was overjoyed to experience the sound of the Vienna Philharmonic, and he met with Bülow and Brahms. Most significantly, however, Richter introduced him to Franz Liszt. The fruit of his studies with Liszt emerged three years later in the Piano Concerto No. 1 in B minor. Although clearly a vehicle for his own bravura technique, the concerto nevertheless mimics the thematic metamorphosis and cyclic form favored by Liszt. 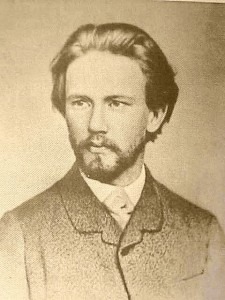 Eugen d’Albert: Piano Concerto No. 1 in B minor, Op. 2
While Franz Liszt’s pianistic and compositional skills exerted a powerful influence over his young charge, d’Albert’s performances astounded and inspired a number of rather famous composers. Among them was Pyotr Ilyich Tchaikovsky, who was utterly captivated by d’Albert’s concerts in Moscow in 1883/1884. “There is a certain young man, called d’Albert,” Tchaikovsky writes, “who was in Moscow last winter, and whom I
heard several times in public and at private houses. To my mind he is a pianist of genius and possesses that vein of virtuosity wherein lies the secret of the magic spell which great interpreters exercise over the public.” Tchaikovsky had been struggling with a new piano concerto, but after hearing d’Albert he wrote in his diary, “I stopped playing around and came up with something new.” The Concert Fantasia gradually emerged over a number of months and was premiered with Sergei Taneyev as soloist in 1885. The work was hugely successful over a number of years, but has not managed to keep its place in the concerto repertory.